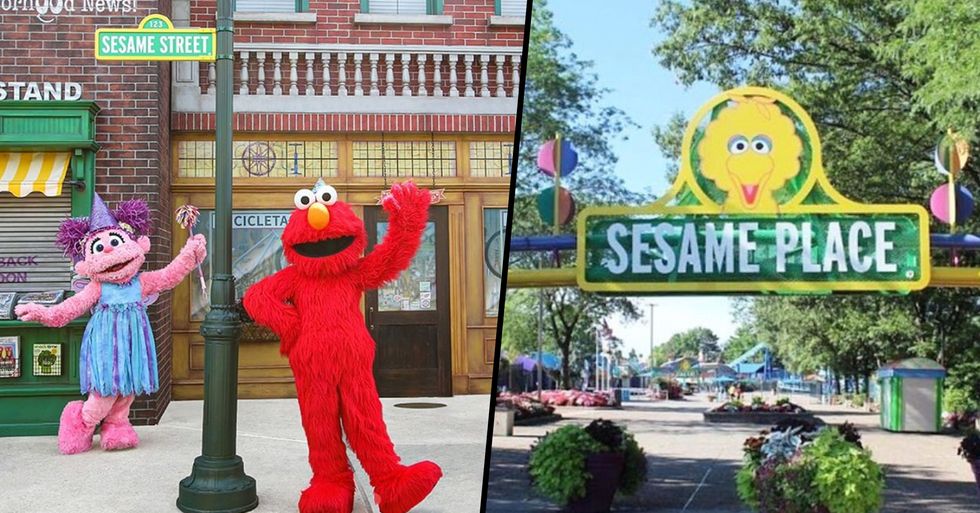 Anti-maskers have become a virus unto themselves. With many wanting to be free from mask restrictions, despite expert advice showing how essential they are at helping to stop the spread of the virus.

One anti-masker went too far when he attacked a teen for doing his job, and Facebook users want him punished...

With everything that's going on in the world, you'd think wearing a mask would be the least of everyone's worries.

But anti-maskers seem to be a virus unto themselves.

With thousands of people across the country refusing to take expert advice.

As they don't want to be "oppressed by masks."

Although masks are still mandatory in certain places.

And the refusal to wear them puts everyone else at risk.

A theme park is probably the worst place to go maskless.

As it's the perfect breeding ground for diseases.

One man, however, felt like he was above the law when visiting a theme park with a friend.

There have been a number of anti-masker blunders over the past few weeks...

But this is perhaps the most dramatic yet.

Visitors and employees were shocked to see such behavior in public.

But cases similar to this are becoming more and more common as lockdown and social distancing measures continue to prevail.

As we head into the 6th month of restrictions, we've realized just how much our lives have changed.

January seems like a long time ago now, doesn't it? Our lives have been turned upside down by the coronavirus pandemic.

In the past few weeks, we've been trying to return to normality...

But it's been a pretty difficult ride.

In some states, it has become mandatory to wear a face mask in certain public places.

Health experts have stressed their importance for those people that still don't get it.

But others have decided to be less accommodating to the idea.

Including one man visiting a theme-park in Pennsylvania.

A seventeen-year-old suffered such severe injuries, that he had to undergo surgery.

At the "Sesame Street"-themed amusement park.

The worker reminded the man and a woman who was with him to wear a face mask.

As all visitors must abide by the park's policy. The pair were described as being between twenty to thirty years old.

It was only after the worker came across the couple again that he punched the teen in the face.

The couple were chased out of the park by security guards and managed to get away before the police arrived. They reportedly had a New York license plate.

The damage meant the worker had to have surgery to repair his jaw and damaged tooth.

The park gave a statement about the ordeal...

They said: "health and safety of our guests and team members is our top priority, and violence of any kind is unacceptable and not tolerated at our park."

The couple haven't been caught yet.

"We are cooperating with local law enforcement on this ongoing investigation. Any further questions should be directed to them," the park added.

Imagine being so goddamn angry over a face mask... Yikes.

In other pandemic-related news, keep scrolling to see how Russia might have developed the first-ever coronavirus vaccine...