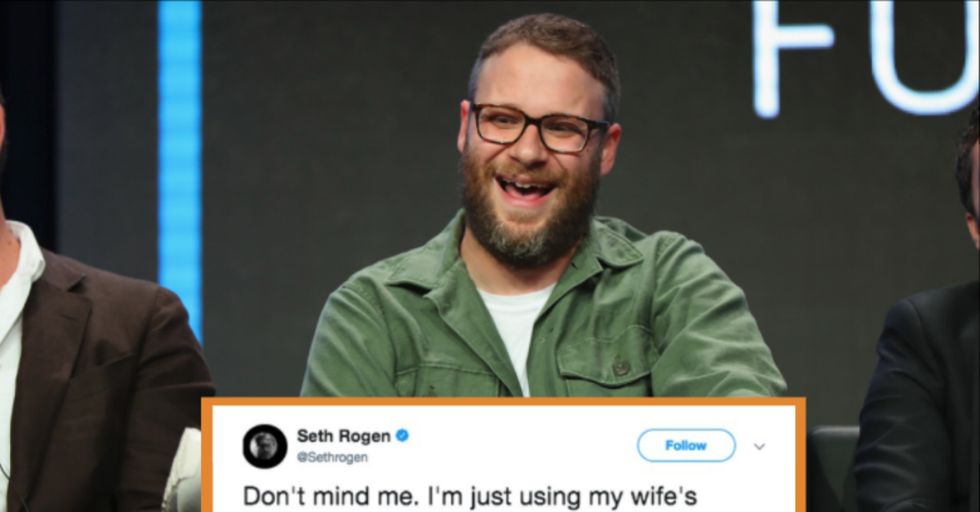 So many people claim that celebrities are "just like us," but...come on. They're clearly not. They're extra beautiful, extra rich, extra famous beings who happen to be members of the same species as the rest of us. Face it: Celebrities are nothing like us.

Except for Seth Rogen. He's pretty normal, as it turns out.

Need proof? We present this tweet as Exhibit A:

In his preparation for the premiere of The Disaster Artist, Rogen made the horrifying discovery that he had a pimple that desperately needed covering up. So he did what anyone in his situation would do and borrowed his wife's makeup.

Isn't that refreshing? Seth Rogen is just like the rest of us!

Is there anything worse than a giant zit sprouting out of your face and threatening to ruin your darn day? No. There is not.

The people of Twitter were quick to point out just how normal Rogen's makeup move was.

You've got to admit: It's nice to see a headline with a celebrity's name that's not followed with "Is a Terrible, Pervy Person." We're glad to see that Hollywood isn't completely unsalvageable.

In fact, if your significant other hasn't raided your makeup back looking for concealer, maybe they're the ones who are weird. Or they just have very nice skin. Whichever.

It was going so well for Rogen. But then, things took a bit of a turn.

Mascara?! Oh boy. Seth, mascara is not what you're looking for in this situation. But we bet his lashes looked absolutely divine.