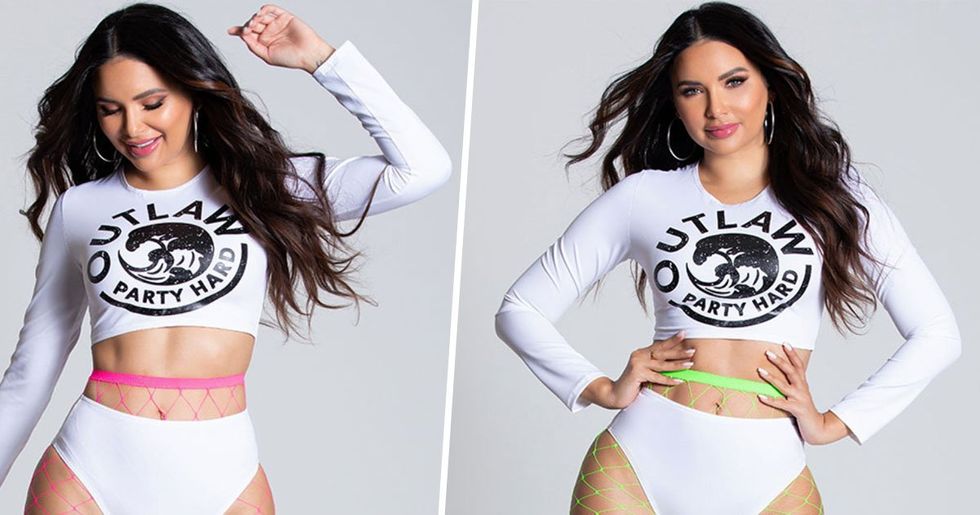 If you've ever found yourself in a bar, at a party, or anywhere you might come across Millennials, basically, and heard someone shout: "Ain't no laws when you're drinking claws, baby," and thought, "whaa?," you're not alone.

For anyone that doesn't concern themselves with meme culture, the whole White Claw movement might very well have passed you by. You might be wondering "what it is about this alcoholic carbonated water that has got the kids going wild?" Well, the truth is, fads are beautiful, unexplainable, and inexplicable things.

Remember when everyone was twirling fidget spinners around their fingers like there was no tomorrow? Remember when the side that you took in the Pepsi-Cola wars said something about you as a person? How about the more recent craze with everyone fighting tooth and nail to get their hands on one of the limited edition Pop-Eyes chicken burgers?

Fads just happen and, if you're around to get caught up in one, then you might as well jump on that bandwagon and ride it all the way. YOLO, right? So continue scrolling to learn why the fact that you can now get a sexy White Claw Halloween costume is a big deal.

Heck, by the time you've read this, you'll have a can of mango-flavored White Claw in your hand and you won't even know how it got there.

So let's start with the product itself...

Like all of my college lecturers always told me, to analyze the meaning behind anything, you must start with the facts. You can't begin to understand the deeper meaning of something if, first, you don't consider the thing itself.

In the beginning, White Claw beverages were a low calorie, high sugar content, alcoholic sparkling water. It's the kind of drink you'd find at a sorority party, or maybe something your mom would pick out if you asked her to get some hard liquor for your killer party.

So how did White Claw become cool?

Well, I mean, with memes, something can be claimed an ironic way but then, through its journey through the meme world, become so big that people forget why it became such a thing and it actually becomes popular.

The White Claw memes all asserted ironically that drinking White Claw made you act against the law... This soon became a thing that people confused with truth... or at least converted what was previously understood to be a lame beverage, into a liquor-based drink that made you a rebel.

What happens when you drink Claws?

Naturally, it's only funny because White Claws is not hard liquor...

If people were going about saying: "Whiskey makes me do bad things" or "If I drink a crate of Budweiser, I might beat up my wife," there would be public uproar. Because of the "type" of people associated with White Claw (skinny white girls) and because of its low alcohol content, the meme is funny.

YouTuber, Trevor Wallace, was at the forefront of the WC movement.

After posting a parody video wherein he joked about how great White Claw was, it went viral. The video contained many quotable moments which subsequently got turned into memes.

Or I suppose, now, with the new Halloween costume, people will be saying: "White Claw Halloween 2019, baby!"

Wallace made White Claw a drink for dudes.

Before his parody video, no guy would be seen dead drinking this "girly" alcoholic seltzer. After White Claw became a viral trend, things changed.

This annoyed some people.

I mean, I guess it might be annoying if people call you lame for liking something and then, overnight, it becomes "trendy"? But you've got to live with the times, dude. Get with the meme, Mary!

Cleansed of its previous lame vibes, the drink became, literally, the beverage of the summer.

Some people hit the hype hard.

It's a bit like when I got really into Moutain Dew in the summer of 2013, I guess. I was seriously into it. I had Moutain Dew pants, a Moutain Dew Tumblr account, heck, if I'f been old enough, I probably would have got matching "Just Dew it" tattoos with my friends.

Being an adult's a funny thing!

When we were younger, we all thought that we'd be totally settled by our mid-twenties. We imagined we'd have a wardrobe as impressive as Rachel from Friends. We thought we'd be spending our evenings being wined and dined by prospective suitors and working on our second novels... In reality, we're sitting in our apartments on Friday nights with our collection of hoodies all over the bedroom floor. Forget fancy dining, we're tucking into a large tub of Ben & Jerry's. Going on dates and meeting the love of our life? Nah, we're scrolling through endless White Claw memes. Eh, I'm not complaining!

Not everyone is in to it.

As I said, unless you keep up with meme culture, you may well have no idea what White Claw is. Saying that, the popularity of the drink really is rising. There have even been reports recently that stores all over the country are selling out of White Claw. It really is like the Pop Eye's chicken burger all over again...

A meme and a haiku all wrapped into one. If we were judging all of the White Claw related content on how great it is, this certainly gets all of my votes.

But don't worry, this is not the sexy White Claw costume I've promised you. This, my friend, is a meme... I think?

Personally, I'd sooner wear something like this for Halloween.

Last year, I went to a Halloween party dressed as Ralph Wiggum... but not just Ralph Wiggum. Specifically, I went as Ralph Wiggum from Season 4, episode fifteen, "I Love Lisa," when Lisa turns Ralph down at a Krusty the Clown concert and his heart rips out of his chest. Now that was a good costume!

I've always said that, if I could grow my hair out long enough, I'd go as The Addams Family character, Cousin Itt. This costume I've found online provides all the hair I'd need!

But if I wanted to be current...

I'd, instead, opt for the costume of the season: the sexy White Claw outfit. The white tee reads the meme-d slogans: "Outlaw" and "Party Hard" and the ensemble, in general, gives off badass vibes. The costume is currently being stocked by an online fashion merchandiser, Yandy. If you're down to fork out $54.95 on your Halloween costume, then go right ahead.

Personally, I'm a big advocate of the Sharpie pen...

Go get yourself a white tee, cut it up a bit if you wanna show off your mid-riff. Grab your sharpie and write one of the many iconic White Claw meme-d quotes onto said t-shirt. There you have it! Winner, winner chicken dinner. You are now officially part of the trend. Go forth and conquer. If you don't wanna go with my sharpie tee design, or the White Claw option from Yandy, then keep scrolling. These celeb costumes are very impressive.