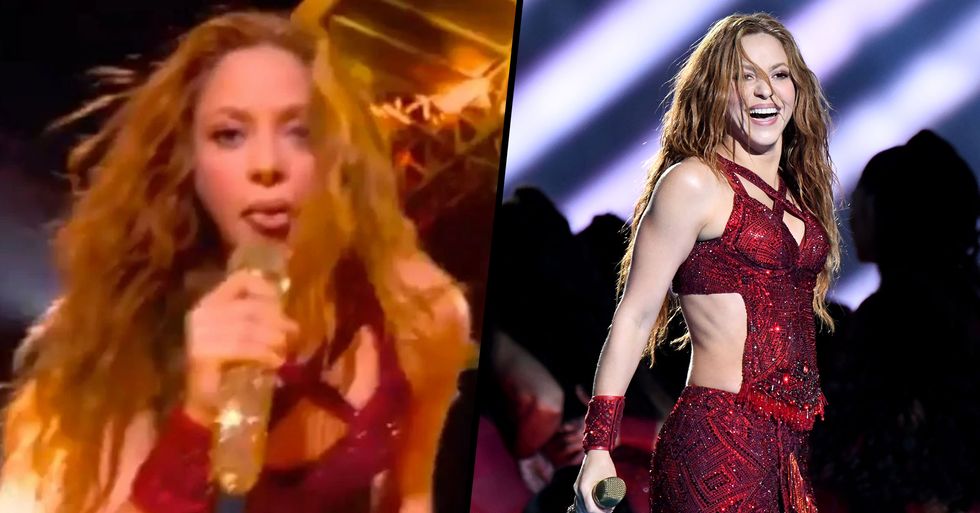 The biggest night in the sporting calendar took place last night. The Kansas City Chiefs took on the Francisco 49ers in the 54th annual Super Bowl at Hard Rock Stadium in Miami Gardens, Fla and spoiler alert: The Chiefs took home the title.

But other than the football, it seems as if something else stole the show. Yesterday's long-awaited half-time show performance has got everyone talking. And it seems that's in no small part thanks to Shakira and a bizarre gesture she did towards the camera.

Keep scrolling to find out exactly what it meant...

The likes of Lady Gaga, Beyonce, and Prince have performed the lucrative gig.

The world tuned in to watch the highly-anticipated Super Bowl LIV.

Shakira and JLo take on this year's halftime show.

And it became the center of yet another meme craze online.

People were jokingly comparing the performance to Lip Sync Battle.

And it seems that's not all...

Shakira left everyone confused when she did a strange gesture towards the camera. Keep scrolling to see for yourself.

There's really no way of describing the gesture other than totally bizarre.

Twitter was instantly filled with fans freaking out over the star.

"Shakira is my f***ing queen but when she stuck her tongue out and went "lololabababa" I lost it," wrote one fan.

What did we just watch?

But now, someone has explained it for us...

And it makes sense...

Apparently, this is a gesture of celebration and joy.

According to the American Tunisian Association, this mouth movement is known as the Zaghrouta which is a "long, wavering high-pitched vocal soul representing trills of joy," usually performed during joyful events. It is also done during festivals in Colombia, which is Shakira's home country. So there you have it, ladies and gentlemen!