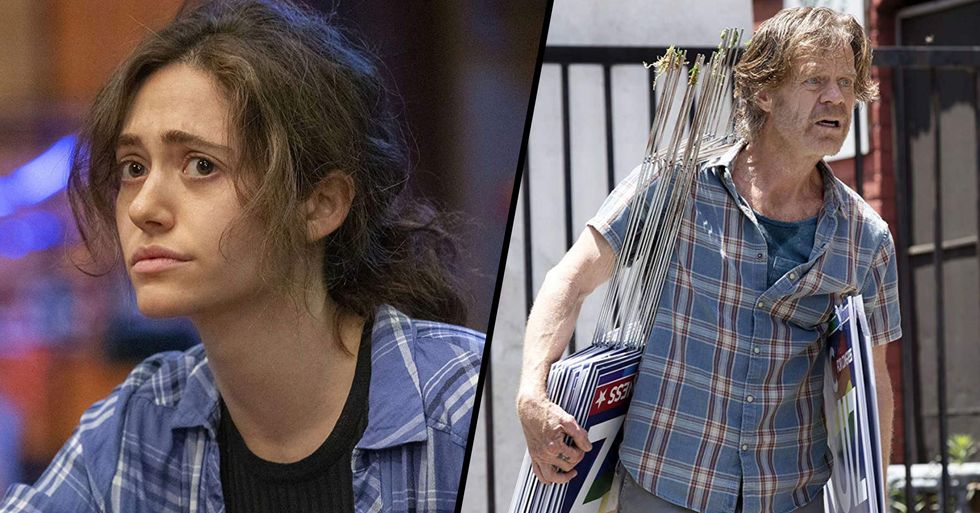 'Shameless' Had Been Renewed for an 11th and Final Season

The dysfunctional Gallagher family has been in our lives for nearly a decade. Shameless has become something of a cult classic, with fans constantly hungry for more, and producers more than happy to oblige.

This week, the team announced that the show had been renewed for an eleventh season, although the news is extremely bittersweet for longtime fans of the show.

Keep scrolling to find out when you can watch and to learn more about the fate of the beloved sitcom.

We were first introduced to the Gallaghers in 2011.

And it's safe to say the world instantly fell in love with the dysfunctional Chicago family.

Fans were gripped by the rough around the edges story...

The American version of the British sitcom has been a huge hit since it first aired...

It's received an impressive 8.6 rating on IMDb, raking in rave reviews from both critics and fans.

In fact, it's become something of a cult classic.

The show is insanely popular and the Gallaghers have become familiar faces on our screens for nearly a decade.

It's also got an impressive accolade to its name...

The smash-hit sitcom ranks as Showtime's highest-rated scripted original, rubbing shoulders with the likes of The Office and Friends.

The series is known for exploring key issues like class and race.

Not only is the show underpinned by the theme of being working class in America, but Frank's alcoholism is also a huge part of the sitcom.

And it's run for an incredible 10 seasons so far.

There's clearly been a lot of content in the canon - and it seems we're going to get yet another fix.

Season 10 is currently wrapping up...

The 12-episode season is set to come to an end on January 26, with just 2 episodes left to air.

But this season was different to the rest...

It was the first without the show's leading lady, Emmy Rossum, which of course, is quite a big shakeup.

Talks have been going on for a while about the future of the show, including a potential eleventh season.

There's no doubt that fans would love another installment.

“I’ll make this show forever as long as the cast members want to keep doing it," he confessed to EW. "So far, the cast has remained really excited to continue to do what we’re doing. But you never know, at some point either the network or the cast is going to tell me that they’ve had enough and at that moment we will bid the Gallaghers goodbye. I never thought we were going to get it on the air in the first place so every bit of it has been a blessing."

But this week, the show's future has been decided.

Sadly, all good things must to come to an end, and it seems the end is in sight for the beloved sitcom. Keep scrolling for all the details.

The show has been renewed for an eleventh season.

But the renewal is bittersweet news for longtime fans of the beloved sitcom...

It looks like it's finally to bid the Gallagher family goodbye, as season 11 will be the final offering from the show.

Ending the show after its eleventh season makes total sense...

It means that the U.S. version will match the run of the British original. Keep scrolling to find out when you can watch.

"It will be one last hurrah for the Gallaghers"

President of Entertainment at Showtime Networks, Gary Levine, made the announcement at the Winter TCA Press Tour: "It will be one last hurrah for the Gallaghers and their unique blend of love and lechery."

Don't worry, the team has promised to give the show the conclusion it deserves.

"The characters of Shameless have brought Showtime viewers more laughs and tears and pure enjoyment than any program in our history," explained Levine.
"While we are sad to bid the Gallaghers farewell, we couldn't be more confident in the ability of showrunner John Wells, his writing team and this great cast to bring our series to its appropriately 'Shameless' conclusion," he added.

He also said assured us that the show will "go out with a bang."

"John Wells and his gifted cast promise to take Shameless out [with] a bang, and knowing Gallaghers as we all do, that is no idle threat."

John Wells has also spoken out about the news.

“I’m unbelievably thankful for all of the years of support from Gary Levine and everyone at Showtime that’s allowed us to make Shameless," he said. “It’s been a fantastic experience and all of us in the cast and crew have had a wonderful time following the lives of the Gallagher family and friends. It’s been a pleasure!"

So, when will season 11 hit screens?

Levine revealed that Shameless will hit screens for a final time in summer 2020, with a specific release date set to be confirmed nearer the time. In the market for something to fill the Shameless hole in your life? Keep scrolling to check out everything coming to Netflix in January 2020.