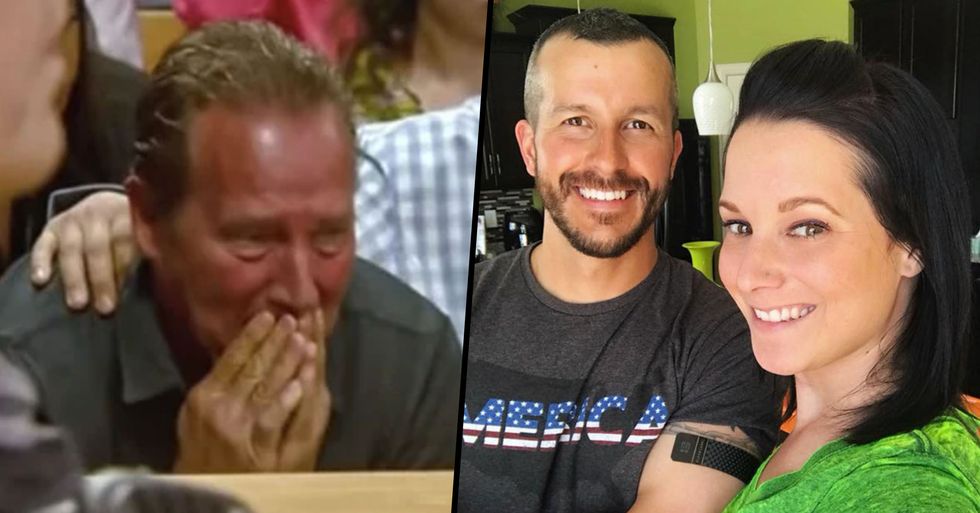 Shanann Watts' family have finally given their opinion on Netflix's documentary about her horrific murder...

And since the release of the Netflix documentary, American Murder: The Family Next Door, his name has yet again been making headlines.

But now, Shanann's family have finally spoken out...

And their statement has left everyone heartbroken.

Now, it's the documentary everyone has been talking about.

From an outsider's perspective, Chris and Shanann Watts had it all - a large Colorado family home and 2 beautiful daughters - 4-year-old Bella and 3-year-old Celeste.

Since the documentary aired, people have been reeling at the harrowing details of the highly-publicized Watts case...

And they simply can't get over how a person can commit such terrible crimes upon their own family.

How could a father do this to his children and wife?

Disgusting doesn't quite cover it...

All of this to "start a new life"?

This is something that will be talked about for decades...

This Chris Watts murder documentary proves my theory that people who overshare on social media about how great the… https://t.co/1q2fIgVIgW
— Shannan (@Shannan)1601532229.0

And after watching the documentary, people are convinced they could see signs from Shannan's behavior on social media.

But just one week on from the documentary's debut...

Several new details about the case came to light.

It didn't mention that in 2015, just 3 years before the murder, Chris and Shanann had filed for bankruptcy, with Chris being the breadwinner at the time.

And while Chris had always maintained that he committed the murders in a fit of rage, letters that he recently sent to author, Cheryln Cadle, tell a very different story.

He then admitted to trying to "poison" Shanann with opiate painkiller Oxycodone, in an attempt to make her miscarry their child...

Saying he "thought it would be easier to be with Nichole (his girlfriend) if Shanann wasn't pregnant."

"When she started to get drowsy, I somehow knew how to squeeze the jugular veins until it cut off the blood flow to her brain, and she passed out.

Though many are simply grateful that he is destined to spend the rest of his life behind bars.

But just because he's spending the rest of his life behind bars...

Doesn't mean he's not aware of the documentary and his new-found fame.

Chris will never be able to see the documentary himself...

But reports have come in that just knowing the documentary is out there is sending him into some "very dark places."

And now, Shanann's family have finally spoken out about the documentary...

The family who were heavily involved in the creation of the film with Netflix, have now they've given their thoughts.

They admitted they initially had concerns, especially as they had previously spoken out against the Lifetime movie of the Watts murders, which came out earlier this year...

Shanann’s family, which includes her mother Sandra, her father Frank, and her brother Frankie, were never contacted or involved in the Lifetime film. So, they were worried about its release sparking more conspiracy theories and a rise in online harassment.

However her brother Frankie appears to be the spokesperson for the family on Facebook, and he shared their thoughts surrounding the new doc.

When the documentary was first released, Frankie praised Netflix for giving his sister a voice...

As well as for taking the time to work with them during the process of making the film.

Taking to Facebook after watching the documentary, he wrote:

"I highly recommend watching this. It’s on Netflix. The director made sure we were a part of the whole process and we met the whole team personally. They made sure we were ok with them making this before they even started, unlike Lifetimes horrible movie. This documentary gives my sister a voice and she speaks throughout it."

“It also shows what her life was like before he came along and how happy she was with her beautiful family until he cheated and turned into a different person and became that monster."

Frankie also addressed the high level of attention the film is getting from celebrities.

“How crazy that even Kylie Jenner watched it and shared this on her Instagram. My sister is an inspiration to millions of people all over the world and I’m honored to be her little brother. She’s still changing lives and I couldn’t be more proud."

Frankie went on to say how much he misses his sister and nieces.

"The documentary is Number 1 in the USA and the UK after only being out for a little over 24 hours. That's my sister, always on top. I love you Shanann. We miss you, you’re truly an inspiration to millions of women."

He then concluded his emotional message:

“You’re a hero to me and many others. God bless you Shanann, Bella, Celeste and Nico. We love you and we wish you were here." Rest in peace to these beautiful souls.