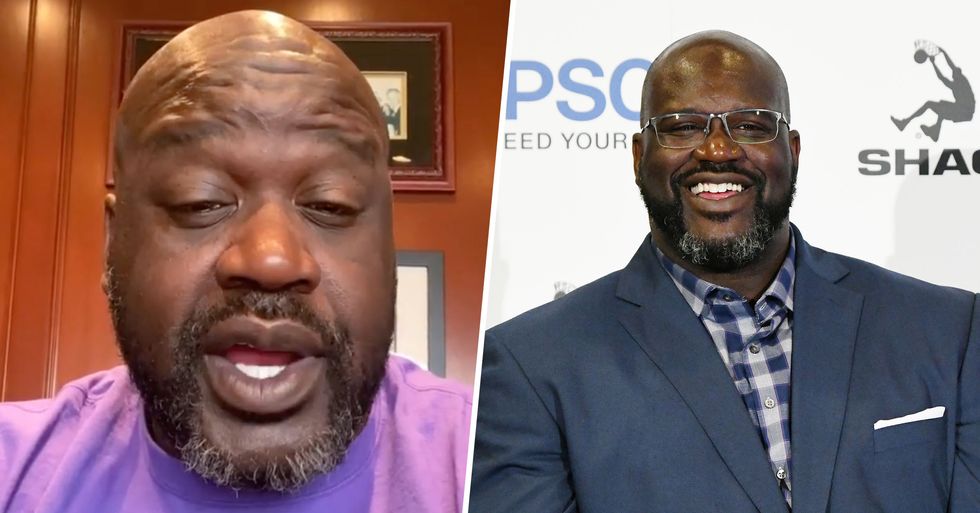 Shaquille O'Neal has made the headlines because he paid for a young boy's funeral after the eleven-year-old was involved in a tragic accident that ended his life.

Read on to find out all the details surrounding this heartbreaking story...

Shaquille O'Neal is one of the most dominant forces in basketball.

With a career that has spanned over nineteen long years, O'Neal is considered a legend in the sport.

Shaquille Rashaun O'Neal was born in 1972.

Raised in Newark, New Jersey, he graduated from Cole High School in San Antonio, Texas and then enrolled at Louisiana State University where his life changed forever.

During his time at Louisiana State, he secured his love for basketball.

And straight after that, he decided to drop out to pursue a full-time career in the NBA.

In his rookie years, he was given the name "Shaq" and went on to become one of the top 10 players when it came to scoring, rebounding, blocks and shooting.

His exceptional height and build helped him out immensely.

Standing 7 feet, 1 inch tall, the star quickly became one of the most sought-after players in the game.

And the accolades just kept on coming...

O'Neal became the first-ever player in NBA history to be named "Player of the Week" in his 1st week in the professional leagues.

Just 4 years after he dropped out of Louisiana State...

He went on to sign the biggest contract in NBA history in the past 7 years with the Los Angeles Lakers for a whopping $120 million.

By the time the 2000s came around, he was named NBA's "Most Valuable Player."

He had already been awarded a place on the All-NBA First Team in 1998 and continued to secure that role until 2006.

And then after a contract extension, he helped the team secure 3 consecutive championships.

In 2004, after an ongoing feud with his teammate Kobe Bryant, the star basketballer was traded over to the Miami Heat.

His feud with Kobe Bryant stole the spotlight for a long time...

As any NBA fan will know, the former LA Lakers players had a controversial relationship after Bryant discussed O'Neal’s work ethic during an interview at the PHP Agency Convention in Las Vegas, per Fox Sports.

However, after years of feuding, the two called a truce.

In 2019, before his tragic passing, Bryant posted this tweet that quashed all the rumors surrounding the so-called "beef" between the two.

Away from the court, Shaq was also known for his hard work.

As per his website, "Shaquille O'Neal's off-court accolades rival his athletic accomplishments, having found success in acting, music, television, and gaming. Currently, Shaq is an analyst on Inside The NBA."

It also mentioned his charity work:

However, his most recent heartwarming gesture proves that he really is a great guy.

Upon hearing the news that a family in Louisiana had lost their son in a tragic accident, Shaq made a grand gesture.

After a vehicle consisting of one adult driver and 4 minors ran a stop sign, it crashed into a ditch while also hitting a tree.

Two of the children in the back seat died.

While Treyvonne had an insurance policy to cover his burial, Keshon did not.

Which meant that his family and friends were struggling to pay for the expensive tragedy. And because of this, they started up a GoFundMe Page.

But they were still short thousands of dollars...

And that's when big Shaq came into it. He saw the page and decided to donate the rest of the money to the family so they could have a proper funeral.

Both the boys were then laid to rest over the weekend.

If you're in the mood to read more heartwarming stories...

Keep scrolling to see how Dwyane Wade reacted to the news about his child changing genders...