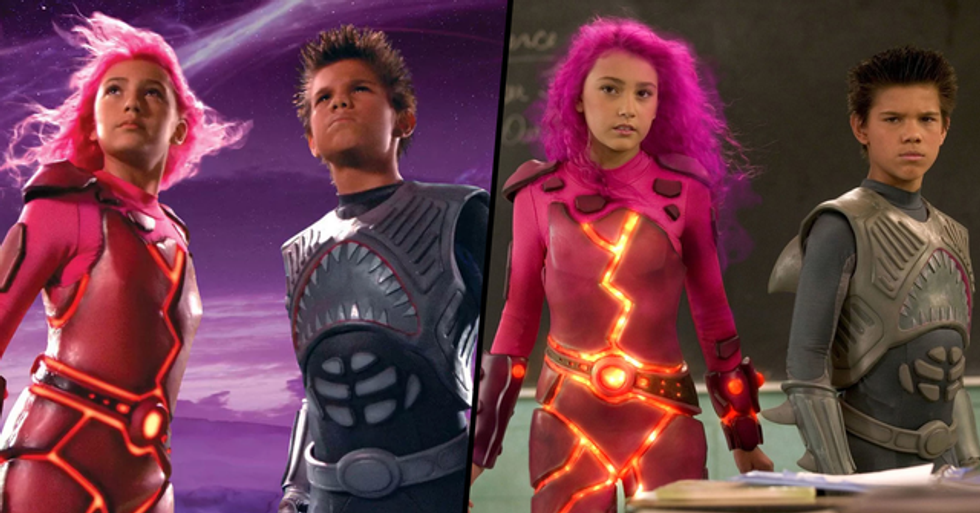 Sometimes, Netflix really comes through for fans with an unexpected piece of news. And the latest piece - about a long-awaited Sharkboy and Lavagirl sequel - might just be the most exciting yet.

Over the last few years, the streaming giant has produced some of the best original content for us TV-hungry folk to get our teeth into.

But there are a handful of standouts that have garnered significant acclaim...

The streaming giant has dropped some major smash hits including the likes of Orange is The New Black, The Crown, and Grace and Frankie.

The hit sci-fi series held the title for the most-watched TV series on the streaming platform last year.

If you want to watch a movie, Netflix is always on hand with some amazing options.

From old classics to new releases, Netflix has your back.

But the latest Netflix news ...

Well, it's safe to say it has the world feeling very excited indeed.

Because it concerns something many feel they've been waiting a long time for.

Over fifteen years, to be precise.

And we can pretty much guarantee it's going to be a smash hit.

We know we'll be tuning in - will you?

A sequel to The Adventures of Sharkboy and Lavagirl is on the cards!

The 2005 original was a total classic.

It was the heartwarming tale of one boy saving the planet, along with his superhero friends, of course.

For 15 years, we've had just the one movie to enjoy.

But director Robert Rodriguez has dropped an exciting announcement this week.

Our beloved Sharkboy and Lavagirl are coming back!

In a new sequel set 15 years after the original movie.

Yep, Sharkboy and Lavagirl will be all grown up.

So grown-up, in fact, that they've become parents!

And their offspring are anything but ordinary...

Their daughter has inherited both shark and lava powers.

In fact, she's not the only superhero offspring set to be featured.

The new series is called We Can Be Heroes, and centers on the offspring of many different super-parents.

11 children will be featured on the show.

Reportedly it revolves around these kids trying to save the world after their parents are captured by an evil force ...

Taylor Dooley has confirmed she will reprise her iconic Lavagirl role!

It's unconfirmed as to whether Taylor Lautner will come back, though fans remain hopeful!

Rodriguez has described the new series as being "like an Avengers team."

"Except they all had kids," he joked to a  Comic-Con panel.

He's returning to what he loves best.

"My most rabid fanbase all these years, by far, has been my kid films."

"These kids watch those movies over and over because they're action films made for children and families, in particular at a time when they need empowerment."

"Netflix came to me because the Spy Kids movies had done just so well on their service."

We're extremely glad he did!

But it seems Netflix isn't an infallible platform. Scroll on for their latest huge controversy ...