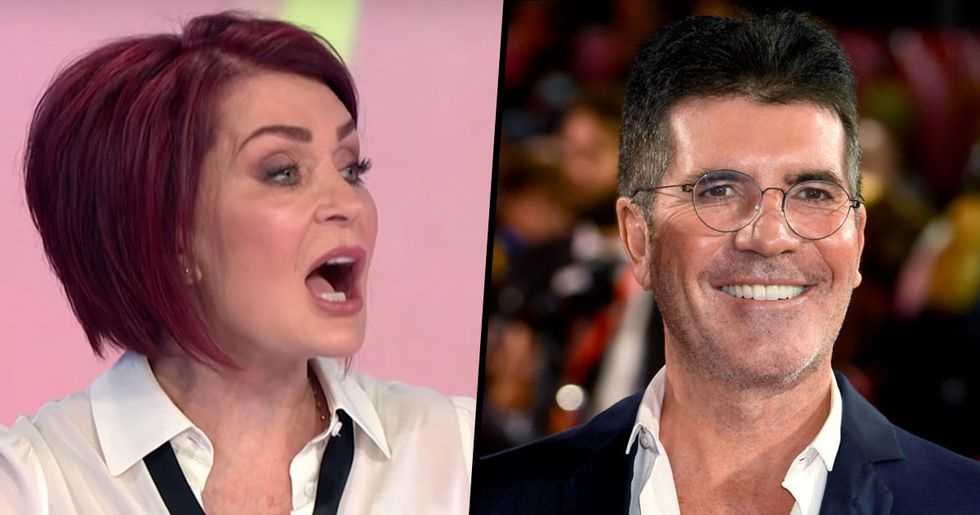 After revealing the unexpected reasons behind the botch, his long-time friend, Sharon Osbourne has savagely mocked his appearance.

Keep scrolling to see exactly what she had to say on the matter.

But recent images have surfaced of Simon Cowell looking, quite frankly, terrifying - and the internet is absolutely obsessed with his transformation. Keep scrolling to see the newest snapshots of him and his girlfriend, showing off his new look.

Many have some serious questions.

Who did this to Simon Cowell - and, more importantly, why?  Surely nobody thinks that this is a satisfactory final product?

Gossip columnist, Perez Hilton, offered his expert analysis on what exactly has gone on with Simon Cowell's appearance - and let's just say it's a lot...

Simon has attributed his change in appearance to a "vegan diet" and lots of exercise.

Regardless, he kept pushing this new, vegan diet.

Switching to the vegan way of life apparently helped Cowell live a better life and the after-effects involved losing almost twenty pounds. Wow, it seems like he got a two-for-one deal there.

Smoking. Puffing a cigarette, the business mogul was seen leaving the Royal Festival Hall on Tuesday, in a swanky navy suit that showed off the fact that he'd shed more than just a few pounds.

Pairing the look with his signature, white shirt which was obviously unbuttoned down to the navel...

He flashed the cameras a glimpse of his hairy chest, as well as a good ol' thumbs up. It seems like this diet has had a positive effect on him all-round.

Speaking to Ellen Degeneres, he admitted he went to see a doctor that set him straight. "He [the doctor] said, 'You have the worst diet I've ever met from any patient. So I went, 'Okay, out of the smoking, the drinking, and diet, what do I have to drop?' And he said, 'The diet.'"

Right, so you got our hopes up saying that it was all down to the vegan diet and now you're saying I also need a facelift on top of that? No thank you!

He has said that he and Amanda Holden went a little overboard with the botox...

"You know, the old clips of us are hysterical, Amanda's always like, 'What was I thinking?', I said, 'Well, I don't look a lot better.' I look all right now, but certain years it was like, 'Wow, I don't know what was going on.'"

But now his long-term friend has brutally torn him down...

The one-and-only Sharon Osbourne piped up about the extra bits of fluid injected into his face.

Though she did admit he "looked good", she had some extra comments to add...

Ouch, maybe she should slip Simon the number to whoever carried out her procedures...

The two hosts laughed along with Sharon as she revealed her true thoughts on the matter. Though it was extremely savage, it was all in good nature.

Let's just hope that Simon won't be getting more surgery. Stick to the diet.

If you're in the mood to see more Simon Cowell content, then keep scrolling to see what this TV judge does best...