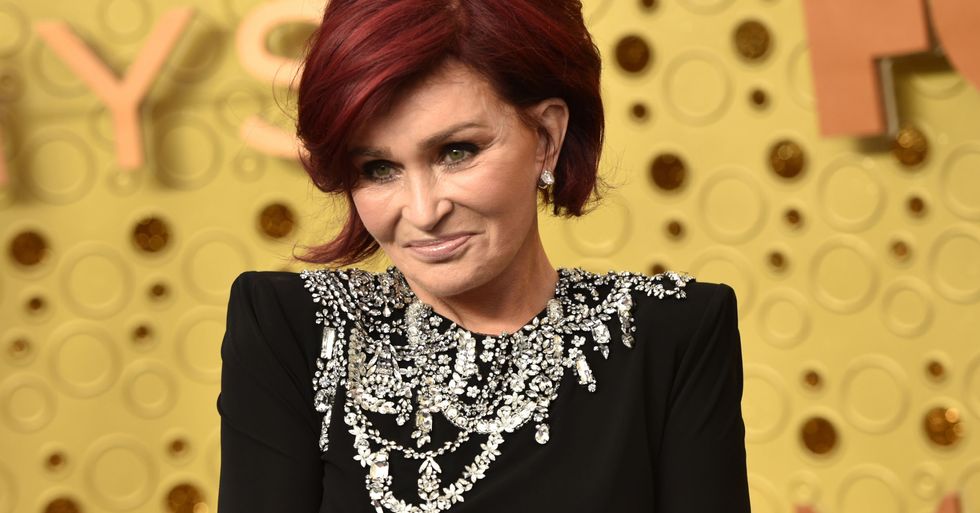 What comes to mind when you think of Sharon Osbourne?

Is it her marriage to eccentric rock star, Ozzy Osbourne? Is it her time as the scathing and cynical judge on America's Got Talent? Or is it her flaming red hair?

It's probably the latter.

Well, shockingly, the red hair is no more as Sharon has now opted for a dramatic new hairstyle, leaving her completely unrecognizable. Keep scrolling to see her dramatic transformation for yourself...

Sharon Osbourne is a woman of many talents.

Originally born in London, England, 1952, Sharon Osbourne has lived one hell of a life, and has become somewhat of a household name in the process.

Sharon was thrown head first into the music industry.

Being the daughter of the notorious music manager, Don Arden, Sharon grew up around rock stars and musicians which, as a result, enabled her to quickly move up the business ladder herself.

This was when Sharon met Ozzy.

The eccentric lead singer of the iconic band caught Sharon's eye, and the pair were quick to hit it off.

After nearly a decade of on-and-off dating, they officially tied the knot in 1982...

And went on to have 3 children together, Aimee, Kelly, and Jack.

However, being married to the Prince of Darkness wasn't all fun and games.

After he was kicked out of Black Sabbath, Sharon had become Ozzy's manager - But this didn't mean the pair weren't shy of drama. They frequently, and publicly, struggled with substance abuse and alcoholism, and would engage in intense and violent fights.

But, always the business woman...

Sharon decided to cash in on her rather bizarre family set up, and collaborated with MTV to start the reality TV show, The Osbournes, in 2002.

And The Osbournes was nothing short of iconic.

Their reality show was an instant hit, and gave the world an insight into the remarkably unconventional family life of the Osbournes.

But, among other things, it also put Sharon on the map.

After the show's triumph, Sharon was no longer known as just "the wife of Ozzy". Her charisma and wicked sense of humor was evident throughout the series, and we all fell completely in love with her for it.

Following the success of the show, Sharon became a celebrity in her own right.

In 2007, Sharon starred as a judge on America's Got Talent, and the British singing show, The X Factor.

Sharon has also been a panelist on The Talk, where she interviews and chats with an array of different celebrities.

So, yeah. The woman's done it all.

It's undeniable that Sharon has experienced both major highs and major lows.

Yet, throughout the rollercoaster ride that is her life...

There's been one thing that has remained consistent for all these years.

Throughout all the parties, all the fights, all the celebrities... It's been her flaming red hair that's remained consistent throughout her life.

Sharon's iconic head of hair has become her trademark look.

For nearly 2 decades now, the sixty-seven-year-old has been dying her hair bright red - A color which resonates with her fiery personality perfectly.

But, now, it seems that Sharon has had enough of that red life.

The reality star has seemingly set herself a new year's resolution - Ditch the red hair and embrace your natural color.

She has completely stripped her locks of the infamous red dye...

And has instead opted for a graceful, more subtle white hairdo.

I know what you're thinking - How can Sharon Osbourne possibly have white hair?!

Well, it's happened - And she looks amazing. Taking to Instagram, her hairstylist, Jack Martin, wrote: "Another great day in my career welcoming the most beautiful and elegant talk show host and entertainer @sharonosbourne for a complete transformation."

It turns out that Sharon has had naturally white hair for years now...

And has laboriously been dying it, once a week, for nearly 2 decades. "Sharon has 100% white hair and she was coloring her hair once a week dark vibrant red for the past 18 years. she explained to me that she wanted to do this transformation long time ago but every time she attempts it ends up with a disaster."

Though it took Jack a staggering 8 hours to strip her hair of all color, the finishing result is remarkable. But, despite her change in hair color, her brilliantly outspoken personality remains the same. Sharon recently had some strong words for fellow reality stars, Kendal and Kylie Jenner regarding their new fashion range... Keep scrolling for the full story.