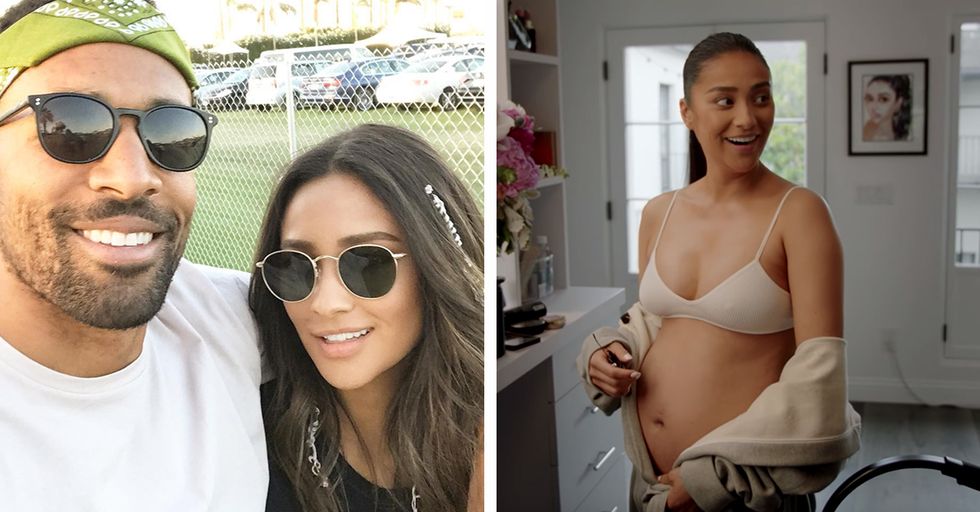 Get ready to be excited: there's a baby Mitchell on the way! Your girl Shay Mitchell has just shared the big news, and yes, it is about that baby bump she's sporting. But there's more to the story than just smiles: she's also been opening up about the less than stellar things that happened before the baby.

Even though Shay's life looks pretty spectacular, she's been sharing about the challenges she faces. The most recent was a miscarriage that happened in 2018. But with a new, healthy little babe in her belly, she's looking more optimistic than ever. If you're curious about Shay's thoughts on marriage, parenthood, loss, and more, then you'll want to check out the video at the end of this article.

She truly spills it all and you definitely want to hear what she's got to say. Are you ready to hear all about Shay's pregnancy, miscarriage, and more?

You might need a slight refresher on our girl Shay Mitchell.

But don't worry, we've got you covered.

Shay started as a model, but quickly turned to acting as her true passion.

But the role that made her a household name came a bit later.

And was definitely more American.

She played the jock character, Emily Fields, for a full seven seasons. Quite a role!

She's been busy since then too.

She has a role in the Netflix show You, as well as the ABC show Heiresses.

But she's branched out a bit now that she has established her acting career.

She wrote a young adult novel, got involved with charity, and most recently announced something exciting in her personal life.

The announcement happened on the 32 year old's wildly popular Instagram.

And her spirits seem to be high, as she's already making jokes.

“Does this mean I’m allowed to drive in the car pool lane at all times now?" she asked.

Ok, ok so we know all about Shay.

But talk to me about the daddy.

His name is Matte Babel.

A fellow Canadian, he's also in the entertainment business.

He actually works for quite an impressive company.

They manage Drake, so...it doesn't get much more impressive than that.

But the two have been pretty secretive about their relationship.

Even though they've been dating for two years.

Those two years haven't all been easy and joyful.

And the exciting news really puts that into perspective.

Shey shared in January that she had suffered a miscarriage in 2018.

She lost "the child of [her] hopes and dreams."

And the insight she showed about the incident was powerful.

"We all have to deal with various struggles and challenges in life. And sometimes it’s easier to only showcase the good times on social media, which is what leads many people to criticize it for its lack of authenticity. I think that we need to remember that we are all on this journey together—in good times and in bad—and to remind ourselves that we seldom really know or understand the struggles and hardships that other people are going through." She shared.

But even after that trial it's obvious she still wants to be a mom.

Or at least she kept joking about it on Instagram.

So what kind of mom will Shey be?

Well she gave us some hints in the announcement video.

You'll have to check out the video for yourself.

But don't worry: we'll give you the highlights.

The biggest takeaway is that Shey was struggling while she kept the pregnancy from her followers.

Sure, she wanted it to be private, but would you want to be sucking in for months at a time?

She shares that she loves pregnancy.

But that it can also be incredibly lonely.

Just as with her miscarriage, she wanted to be real about her experience.

She was clear that a single photo wasn't going to do it justice.

And that's where the video comes in.

She created it to tell the emotional story of her pregnancy.

The pride, the excitement, the confidence...

And also the struggles.

But now that she's open about the baby...

And just as funny as ever.

Closing a car door with your pregnant belly is peak mom humor.

So a huge congratulations to Shey and Matte.

We're so excited to see that cute little baby!

And for all the moms out there who have experienced a miscarriage:

We're here for you. You are strong.

No matter who you are, life can throw you curveballs.

But it's the support of your community that makes it ok.