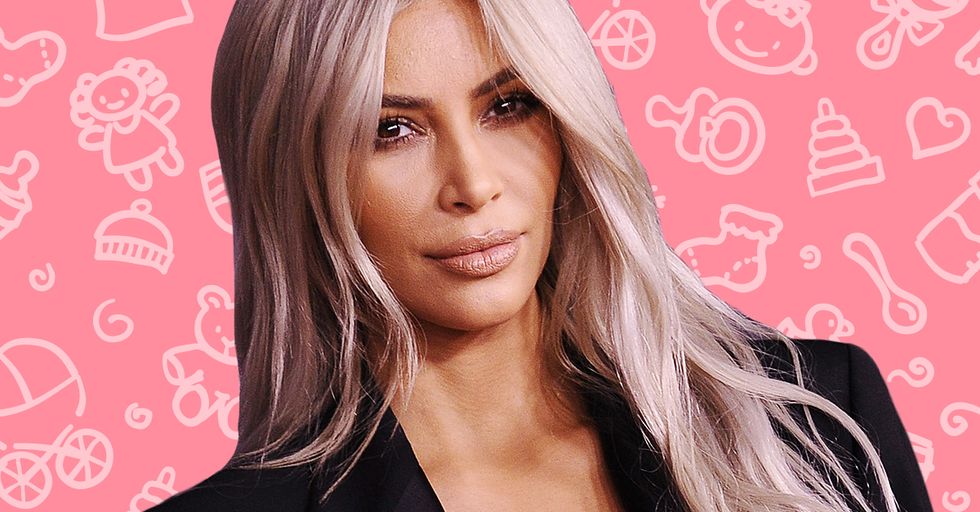 We've been on the Kardashian pregnancy train for months now, and it looks like someone has finally gotten off at the station! Apologies for the extended train ride analogy, but I can't quite keep it together because Kim Kardashian has officially had her third child via surrogate!

There's another member of the Kardashian-West clan as of today, and if you don't think that's a big honkin' deal, I don't know what to tell you.

We've known that Kim Kardashian and Kanye West were pregnant via surrogate for months.

But she's not the only Kardashian with a baby on the way, of course. The Kardashian pregnancy rumor mill has been working overtime lately, and here's what we got so far: Khloe is definitely pregnant, Kylie's pregnancy is not confirmed (but some are convinced she's already given birth), and the latest update is that Kim's baby is actually here. As of today. Baby was born.

This is big news.

In September of last year, Kim confirmed that she and Kanye were having another baby via surrogate. Because she can't do anything without being raked over the coals by the Internet, some people at the time refused to call her pregnant.

But that didn't stop Kim from living her best life and throwing an extravagant baby shower for herself, complete with rose petal ice cubes.

The whole shindig was insanely over-the-top and so Kim. Obviously, pretty much everyone freaked out about these fancy-ass ice cubes. Who wouldn't?

Then there was that time during the pregnancy when Kim thought she was asking an innocent question about double strollers...

Instead, she ignited rumors that she was having twins. Many didn't stop to think about the fact that with a newborn baby and two little ones (North and Saint), she might want to be able to stick two of them in a stroller to wheel around.

It wasn't until November that Kim confirmed the sex of baby no. 3:

She let it slip on The Ellen Degeneres Show that she was having a girl, and once again, the entire world pretty much flipped. And now, today, on January 16, 2018, Kim Kardashian announced that baby no. 3, daughter no. 2, is officially here!

Pregnancy has been such a risky process for Kim.

She's been through a lot, and her whole journey was documented on Keeping up with the Kardashians. Kim and Kanye eventually chose to go the surrogacy route, and now, the baby is here!

Kim made an announcement, saying the surrogate gave birth to a healthy baby girl weighing 7 lbs., 6 oz. (which is what I weighed when I was born! Coincidence?!?!?!?! Definitely.).

"Shes's here!" the announcement reads. "We're so in love!"

"Kanye and I are happy to announce the arrival of our healthy, beautiful baby girl. We are incredibly grateful to our surrogate who made our dreams come true with the greatest gift one could give and to our wonderful doctors and nurses for their special care. North and Saint are especially thrilled to welcome their baby sister."

I don't know about Saint, but I definitely cried (and not tears of joy) when I found out I was having a baby brother and not a baby sister like I wanted.

He's probably a much better kid than I was, though. Plus he's had a few months to get used to the idea. We're just so excited for Kim and Kanye and Kids!

This is one gorgeous family.

And it just got even more gorgeous. So far, no name has been announced, but we have faith that Kim and Kanye will pick something truly spectacular. Until then, welcome to the world, Baby West!