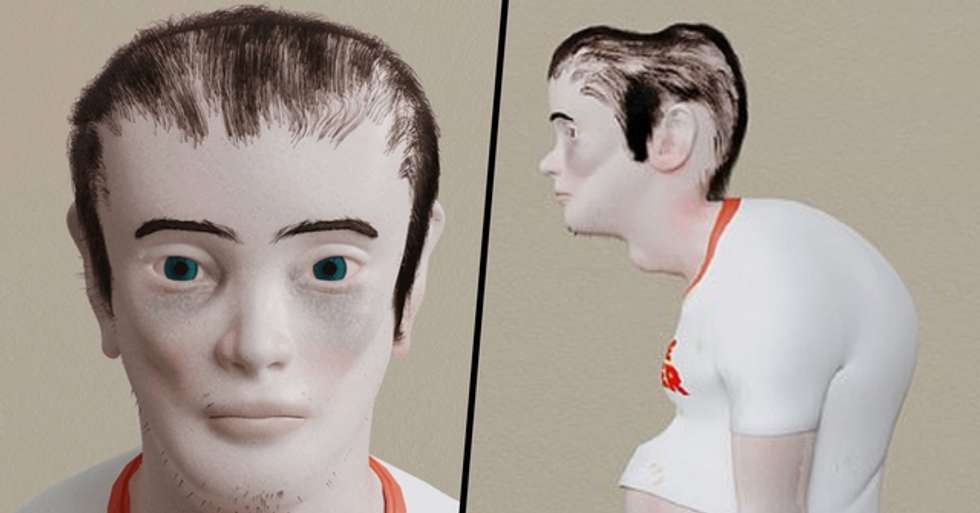 Shocking Model Shows What Gamers Could Look Like in 20 Years

Researchers have created a disturbing model that predicts what avid gamers could look like in twenty years if they don't change their gaming habits... And, let's just say, it's enough to make you want to throw your console away forever.

We are living in the video gaming era.

Over 2 billion people all over the world play video games, with 150 million of those being here in the United States alone.

Studies have found that gaming can be educational, can help to enhance problem-solving skills, coordination, and can improve attention and concentration.

They can even help to improve social skills.

Remarkably, online gaming enables many players to engage in a game simultaneously, so gamers can both make new friends online while strengthening their relationship with existing friends.

But, with the many pros of gaming...

Comes the many cons.

Because, while video games are a fun way to pass a bit of time for most of us...

For others, they can become a harmful habit.

Video gaming addiction is a growing problem in our society.

More and more people, especially children and teenagers, are finding themselves becoming addicted to gaming.

Gaming addiction has even been formally classed as a psychological disorder.

The World Health Organization distinguished addictive gaming from healthy gaming by "impaired control over gaming, increasing priority given to gaming over other activities to the extent that gaming takes precedence over other interests and daily activities, and continuation or escalation of gaming despite the occurrence of negative consequences."

And this addiction can carry with it many health consequences.

In the short-term, avid gamers may experience disruptions to their sleeping habits, leading to fatigue, sleepiness, or insomnia.

Social skills can be affected, also.

While some online games can improve these social skills, gamers are known for isolating themselves away from other people for hours or, in some extreme cases, days at a time, leading to a decrease in regular social interaction and a potential loss of friends.

But as for the long term affects?

If the addiction is not addressed properly, gamers can suffer from long-term effects such as sleeping disorders and health issues relating to malnourishment and diet.

But now, researchers have come forward with a more worrying long-term prediction.

As a consequence of constant gaming, a person could potentially go through some pretty alarming physical changes, too.

And, to warn gamers of these potential changes...

Researchers at Online Casino have designed a disturbing model that demonstrates what twenty-years of constant gaming could do to their health and appearance.

Michael here is the harrowing prediction of what most of our avid gamers will look like in twenty years.

They haven't missed a detail when it comes to Michael's disturbing appearance.

Poor Michael here suffers from an array of health complications, and they're all a devastating consequence of decades of constant video gaming.

As well as suffering from a permanent hunch and rounded shoulders from poor posture and the over-use of bulky headsets...

Michael also has ghostly-pale skin and vitamin D and B12 deficiencies from being indoors for extended periods of time, and his lack of exercise has made him obese.

Which were caused by the poor blood flow resulted from sitting down for long periods of time. Oh, and he has horrifically swollen ankles.

His hands have seen better days, too.

Excessive use of a console, mouse, and keyboard have resulted in blistered and crippled hands. He also has a repetitive strain injury in his "trigger finger."

It isn't attractive, is it?

But don't worry, there is still hope. In order to avoid looking like our friend Michael here, Online Casino have offered a range of tips that could help you change your future as the "2040 gamer."

They have offered 5 top tips for gamers...

Exercise regularly, prevent eye strain, maintain a healthy diet, be aware of your posture, and stay hydrated. These are the key factors to stay healthy while playing video games - You can read more about them here.

Because the sad reality is...

Some gamers desperately need to change their ways. Keep scrolling to read about the mom who would hand feed her son while he played video games...