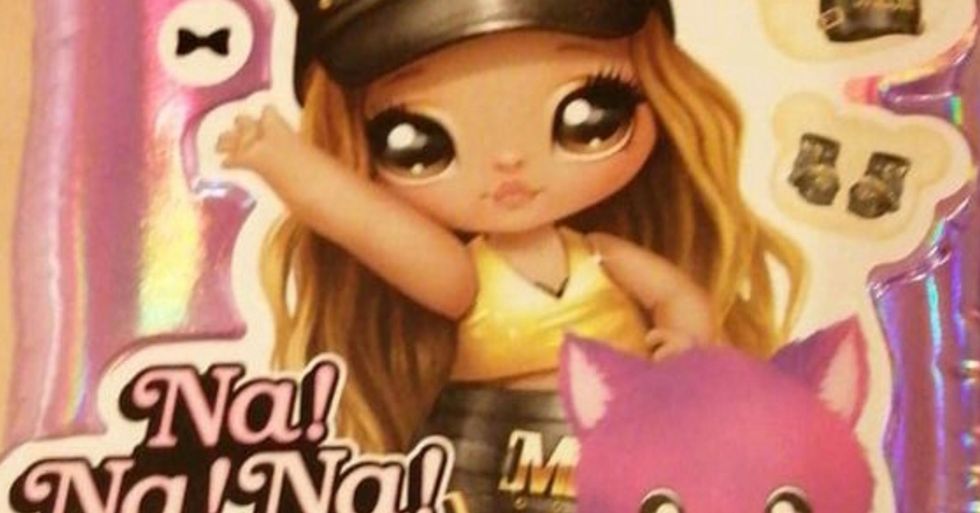 A supermarket has removed a doll brand after an angry father slammed it for being "totally inappropriate" for children.

It's important for children to act and behave like children.

They aren't young forever and it's vital that their innocence is maintained for as long as possible.

One would expect children's toys to encourage this innocence, right?

Well, in more recent times, a range of children's dolls have turned out to be more sinister than expected.

And they have been for centuries.

There's just something about the small female figurine that kids love...

And both girls and boys have spent years having tonnes of fun with their dollies.

But there's no denying that over the years, certain toys have started to become sexualized...

In particular, toys aimed at a female audience.

It's sadly the society that we're living in...

And women continue to be overly-sexualized on a daily basis - which is something that will be passed along to our children.

But dolls for little girls?

A popular supermarket chain in the United Kingdom has been forced to remove a certain doll from their shelves after an angry dad called them out...

And you won't believe your eyes when you see it for yourselves!

Adam Weaver, who is from a city called Barry in Wales, was recently shopping for a gift for his 7-year-old daughter, Savannah.

"Me and Sarah went to Tescos today and Sarah decided to get Sav a little treat to end the summer holidays," he wrote in a post on Facebook.

But after the recent controversies surrounding this particular brand of doll, Adam settled for the next best thing - a Na! Na! Na! Surprise doll.

Adam bought the doll, which set him back around $30...

But when he got home, he was utterly horrified when he had a closer look at the doll.

The little female figurine was clad in lingerie...

Along with stockings and a garter belt. Keep on reading to see the doll for yourselves...

"I am not a prude by any means. But I purchased the pictured product in your Cardiff culverhouse Cross store today and I am shocked and appalled that you would allow something like this to be sold to children in your store. My daughter is 7... There has been a lot of online fury recently at certain brands of dolls sexualizing children. So to find the below aimed at young girls is very disturbing" And believe me when I say this, other parents were disgusted when Adam's message went viral.

Adam went on to speak to local media about this horrible discovery.

He said, "She thought the doll was just wearing a nice top, which was my biggest cause for concern. I don't want my seven-year-old girl thinking that's a cool outfit to wear." "As a single father, I find buying girls' toys difficult enough as it is - never knowing what is right and wrong for little girls."

Tesco has today announced that they will be removing all Na! Na! Na! Surprise dolls from their stores. A Tesco spokesperson said, "We will be removing this product from our stores. We'd like to thank our customer for bringing this to our attention and are sorry for any offense that may have been caused."

Here's the doll in question...

Well, whoever thought putting something like that on the children's shelves were completely out of their minds. For more on the LOL doll controversy, keep on scrolling...