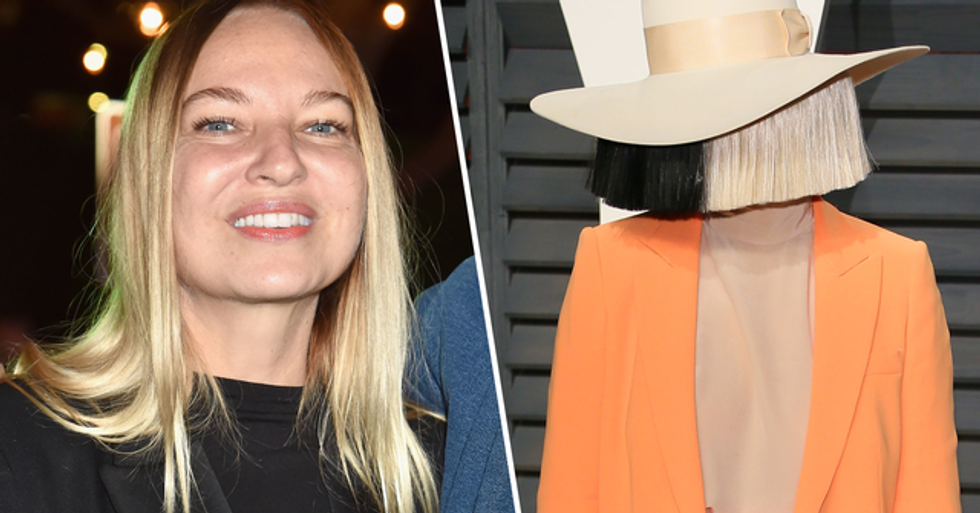 Music icon, Sia, has this week revealed that last year, she formally adopted 2 teenage boys just before they aged out of the foster care system.

Keep scrolling to read more about this incredible woman, and to find out the circumstances surrounding her shock adoption...

Out of all the celebrities out there, Sia is by far one of the most generous.

The Australian-born singer is constantly in and out of the headlines with heartwarming stories of her generosity, but her latest move may just be the most amazing yet.

But first, Sia is known for something else.

The singer-songwriter has made waves on the music scene with her soulful and meaningful music and song lyrics and has become popular for her somewhat eccentric style.

And, putting her musical talent to one side, Sia is known for standing out from the crowd.

The singer isn’t your typical musician - She very rarely shows her face and covers herself up in an attempt to shy away from the typical celebrity lifestyle.

She has been quite creative with her methods of concealment.

During performances and public appearances, Sia has been known to hide her face with huge bows, wigs, and all manner of headgear.

And often, her audience can't even see her.

For the last few years, the musician has used stage performers and dancers, such as Maddie Ziegler, to represent her and take most of the spotlight.

But Sia has been open about these fame anxieties...

And she has been praised for allowing the world to see her true self.

Famously, the singer has endured a long battle with alcohol and drug abuse.

The Australian native has, with very little filter, discussed her struggles and anxieties when it comes to dealing with fame, and how she depended on substance abuse to cope for many years.

She even credits her alcoholism for her trademark face-blocking wig.

“I was an alcoholic and a drug addict, and I sobered up and decided I didn’t want to be an artist anymore because I was starting to get a little bit famous, and it was destabilizing in some way," she told James Corden in 2016, when discussing her wigs.

But people love her for her honesty.

Sia hasn’t been afraid of opening up about her feelings towards fame and attention from fans. “If anyone besides famous people knew what it was like to be a famous person, they would never want to be famous," she once wrote in Billboard in 2013.

She is just so relatable.

Unlike many celebrities these days, Sia is refreshingly normal, which is one of the many reasons people love her so much.

She's even admitted to using dating apps such as Tinder and Bumble.

Though she doesn’t use her real name, she does post real photos of herself on the apps – She admitted that most people don’t realize that she’s the famous singer, and she just tells them that she’s a writer.

And, of course, the singer is insanely generous.

So @Sia paid for my groceries today thank you so much!! The heart and beautiful soul you have for paying for everyo… https://t.co/ySGgDWKIBg
— Adri Buckles (@Adri Buckles)1574927784.0

Just last year, Sia was spotted in a Walmart offering to pay for the groceries of every single shopper.

This is so heart warming to see. Sia was recently spotted at a Walmart where she paid for everyone’s groceries. She… https://t.co/qjHPRYh2iA
— Pop Tingz (@Pop Tingz)1574946079.0

And she could be seen paying for hauls of shopping, hugging grateful customers, and introducing herself as "CiCi."

People were in awe at Sia's kindness...

But her latest move is perhaps the most heartwarming yet.

Though the artist did confirm that she became a mom during an interview with GQ earlier this year, it has since been explained that it was actually through an adoption program.

It turns out that the boys were about the age out of the foster system...

So Sia decided to adopt them so they could officially be a part of a family, before their age made it impossible.

"I actually adopted two sons last year. They were both eighteen - they're both nineteen years old now. They were aging out of the foster care system. Yeah, and I love them."

She also gave an insight into their current lockdown situation, saying that it hasn't been easy.

The names of her sons are yet to be revealed...

But, going by Sia's existing beliefs, it can be assumed that they will be kept primarily out of the public eye. For more on the difficult world of adoption, keep scrolling to read about the single dad who has adopted over fifty young men in his lifetime...