Sicily Has Villas for Sale for $1.50 Because Their Population Is Dwindling | 22 Words 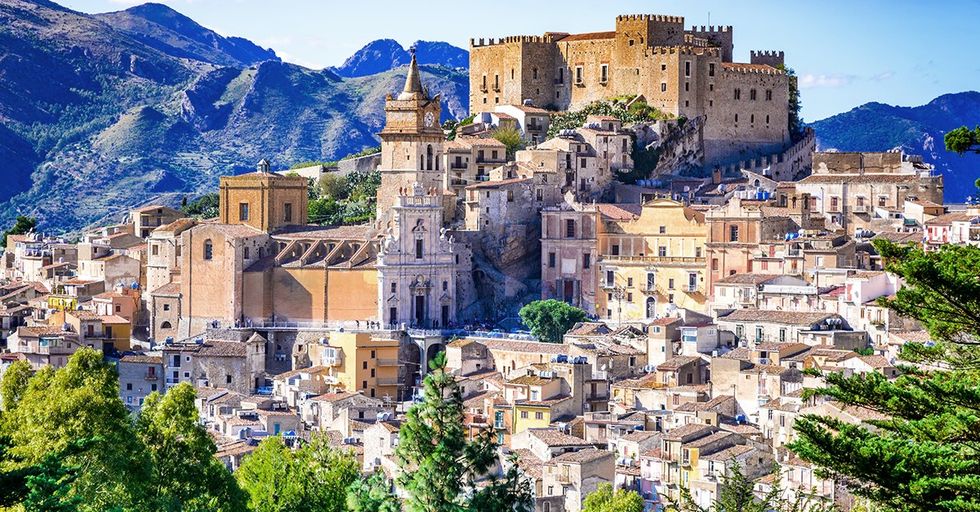 Sicily Has Villas for Sale for $1.50 Because Their Population Is Dwindling

Today, the dream of growing up and buying a house is more fantasy than reality. Only 48 percent of Millennials in the U.S. believe a home is a good investment, and most say they wouldn’t be able to afford any other essentials after a down payment.

After seeing its population dwindle over the last few years, the small Italian town of Sambuca di Sicilia is offering dozens of classic villas at rock bottom prices to bring in new residents and re-energize the city. While there is a small catch, the views, architecture, amenities, and history in the city still make these villas well worth their final cost — and people are jumping at the opportunity.

Since Sambuca city officials announced their bargain offer, they’ve been bombarded with inquiries from all over the world.

It’s known as an “earthly paradise."

The small hilltop town of Sambuca di Sicilia on the western tip of the Italian island has been called the “city of splendor."

So why are houses there going for less than the price of an iced coffee?

Dozens of classic Sambuca villas are being sold for a literal dollar fifty. And no, this isn’t like one of those viral sunglasses scams.

So what’s the deal?

Many of Sambuca’s gorgeous villas have been left abandoned with the exodus, so the city is looking to boost its local economy and revitalize the empty properties, on a budget.

The city needs a refresh.

Sambuca city officials are hoping to capitalize on the popularity of rental companies like Airbnb to encourage new tourism, as well as permanent residents.

Airbnb is no stranger to these conservation missions.

Want to live in the south of Italy for three months? Apply for Airbnb's Italian Sabbatical, and spend a summer in… https://t.co/0QvQaGihau
— Airbnb Australia (@Airbnb Australia)1547701500.0

The online hospitality marketplace service recently sponsored four people to move to Grottole, Italy for three months. Winners had living expenses covered in exchange for volunteer work with a city non-profit aiming to reinvigorate the town.

There have been similar attempts in the U.S. too.

Cities like Las Vegas, Detroit, Boston, and many others have properties listed for a dollar, but these are often real estate ploys to pique buyer interest before revealing other hidden fees.

Even though Sambuca is not the first to try this bargain tactic, they’re confident they’ll be the most successful.

Since the properties currently belong to the city and not private owners, new buyers can avoid long, expensive negotiations and move into their $1.50 villa ASAP.

Ok, there is a bit of a catch.

While the homes really do cost $1.50, new owners are contractually obligated to refurbish the properties out of pocket.

The villas are in need of some TLC.

Since they’ve been abandoned for some time, the $1.50 properties are essentially fixer uppers.

In addition to the $1.50, you’ll also need to put nearly $17k of renovations into the property over three years.

There’s also the small matter of a security deposit.

Buyers are also required to put $5,600 down, to be refunded after the remodel is complete.

But under $30k total for a whole house is pretty hard to beat.

With these villas on the market, some Millennials might actually be able to afford to buy a home.

Plus, these aren’t your average starter homes.

Most of the buildings themselves are two-stories and between 430 and 1600 square feet, but they also feature courtyards, gardens, elaborate entrances, and striking views.

The weather’s not bad either.

Summers in Sicily average about 72 degrees, and winters don’t get much colder than 50 degrees. Basically heaven.

Oh, and they’re in freaking ITALY.

You’re not just getting a house out of the deal. Remember the earthly paradise? City of splendor? In 2016, Sambuca di Sicilia was named the “most beautiful village in Italy."

The city is pretty dreamy.

It’s got something for the thrillseekers too.

If you’re feeling brave, you can also get lost in the (maybe haunted) underground stone passages known as the “sunken city."

And did I mention the wine?

In addition to its idyllic landscape, Sambuca is known for its local wines. So yeah, it’s perfect.

The town’s lack of economic opportunity is a driving force behind its population decrease, so these villas might be best for people who can work remotely.

If that’s you, I don’t know what you’re waiting for.

So who do I have to call to make this happen?

Well, you’ll have to act fast.

Unsurprisingly, people started jumping on this deal the minute it went public.

City officials have been inundated with inquiries from around the world, and expect the villas to sell out fast.

Town hall staff has been working overtime fielding calls and emails from English language speakers interested in the $1.50 homes.

They’re a little stressed out tbh.

The deputy mayor says he’s been trying “not to go nuts" after the tens of thousands of inquiries.

Ten houses have already been sold.

Really, I’m fine. I mean my dream is dead and I’ll never live a perfect life in my gorgeously renovated Sicilian villa, but I’m fine.

At least their plan is working.

Hopefully the $1.50 strategy will give Sambuca the boost it needs to keep its “city of splendor" title.