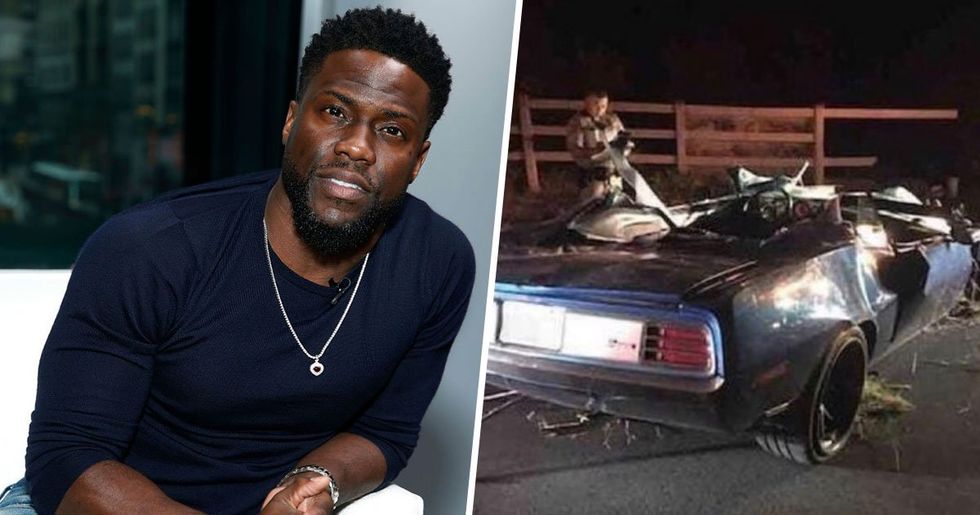 But, despite the severity of the accident, the internet has still managed to see the funny side of it, with one particular "sick" Kevin Hart joke going viral.

Keep scrolling to find out what on Earth people could possibly be joking about.

Other fans have had a slightly different reaction following the tragic news.

Many people on twitter have somehow seen the funny side of the devasting accident.

The crash has been at the center of a viral joke online.

And it all surrounds Kevin Harts' height - or lack of height.

It seems pretty inappropriate to be joking about his accident.

It's no secret that Kevin Hart isn't exactly tall.

The actor and comedian is only 5 ft 3 and has long been the center of height-themed jibes.

But people have been taking this to a whole new level...

Hundreds of "booster seat"-related jokes have surfaced on Twitter today following the incident.

People can't stop joking about the fact that he wasn't using his "booster seat."

Looks like people just can't help themselves, despite the seriousness of the accident.

Many were asking if his booster seat had been recovered from the crash.

Couldn't people lay off the height jokes just for today?

Many of the well wishes for the star were laced with sarcasm.

So many people are trolling the star today.

Yes, it probably is too soon.

Many joked that his "booster seat" saved his life.

People clearly can't decide on whether he was or wasn't "using" a booster seat. But is this really the time to joke? After all, his injuries seem to be pretty serious and who knows what damage has been done?

Following the tragic crash, the extent of his injuries is currently unclear.