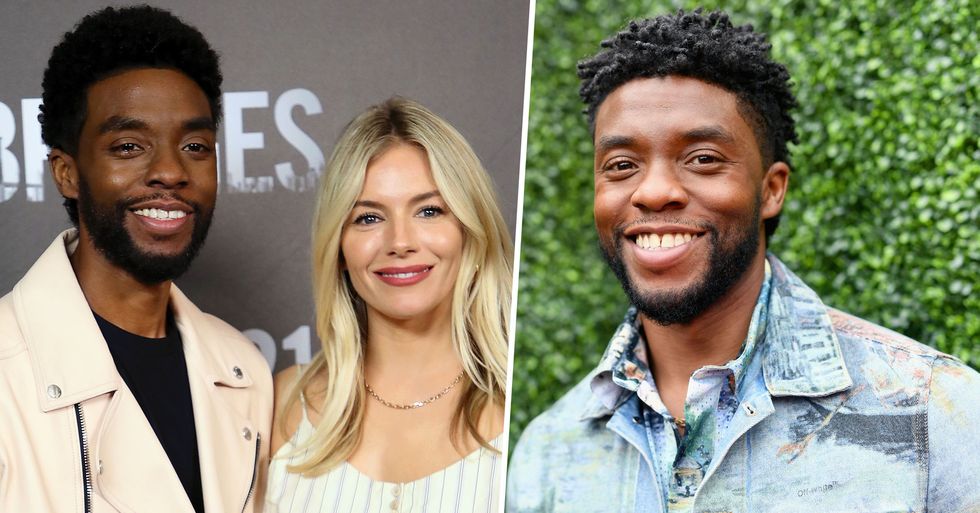 Sienna Miller has spoken out about her late co-star, Chadwick Boseman, and how he used his own salary to ensure she was equally paid.

Keep on reading to find out more about this incredible man...

It's been a month since Black Panther actor Chadwick Boseman lost his life...

And people are still continuing to remember the actor for the kind and generous person he was.

Co-star Sienna Miller has now spoken out about the late Boseman...

And what he did to ensure she received equal pay was truly amazing.

On August 28th, the tragic news shocked us all.

He has left behind some amazing content to remember him by...

But it was more than just mental pressure, he was also struggling with his own battles as we found out last month.

Then it all made sense when the announcement was made...

Boseman lost his battle to colon cancer at the age of forty-three.

Tributes came flooding in for the actor...

And it's clear how many lives he had impacted over the years.

And it's no wonder why tributes are endlessly popping up all over the place in order to honor him.

It turned out that behind the scenes, Boseman was an incredibly kind and generous person...

And Sienna Miller has now spoken out with a story proving just that.

And it turns out that Boseman had a lot to do with the actress's role and her paycheck.

She spoke with Empire Magazine recently...

"He produced 21 Bridges and had been really active in trying to get me to do it. He was a fan of my work, which was thrilling, because it was reciprocated from me to him, tenfold," she explained. "He approached me to do it, he offered me this film, and it was at a time when I really didn't want to work anymore."

Miller admitted that she was "exhausted" at the time, but she didn't want to pass up an opportunity to work with Boseman.

"I didn't know whether or not to tell this story, and I haven't yet. But I am going to tell it, because I think it's a testament to who he was," she then said. "Chadwick ended up donating some of his salary to get me to the number that I had asked for [that I didn't receive]. He said that that was what I deserved to be paid."

Miller's request of pay wasn't met by the studio because of her gender... but Boseman was the one who listened to her.

"It was about the most astounding thing that I've experienced. That kind of thing just doesn't happen. He said, ‘You're getting paid what you deserve, and what you're worth.’"

"It's just unfathomable to imagine another man in that town behaving that graciously or respectfully."

In the aftermath of this, I've told other male actor friends of mine that story. They all go very, very quiet and go home and probably have to sit and think about things for a while. But there was no showiness [with Chadwick], it was, ‘Of course I'll get you to that number, because that's what you should be paid.’"