The Signs of a Healthy and Unhealthy Relationship | 22 Words 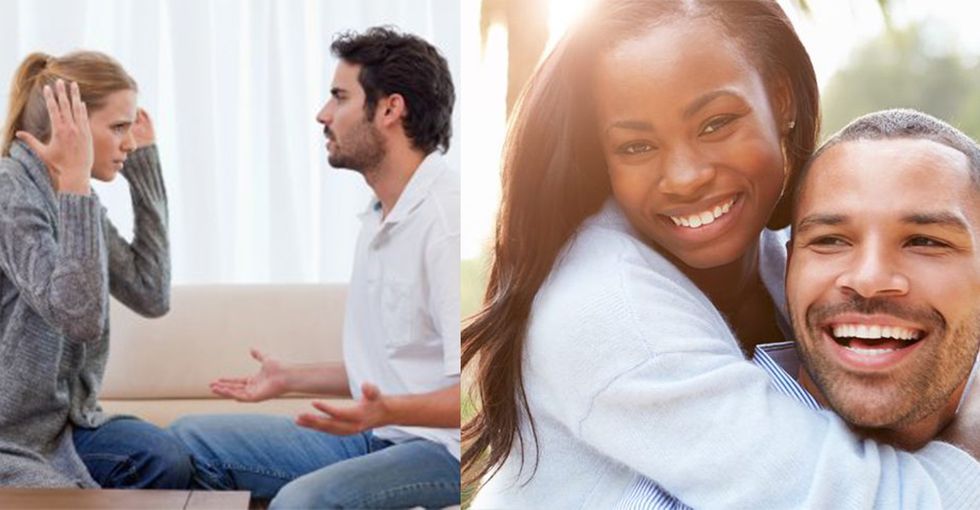 The Signs of a Healthy and Unhealthy Relationship

People enter relationships all the time, but not enough can recognize the signs of an unhealthy and healthy relationship. Nobody deserves to be in a relationship that's toxic to one or more people involved in it. So, it's important to know all the warning signs. That's not to say your next relationship will be unhealthy, but people should always know how to keep themselves safe.

On the other hand, there are also lots of indicators of a healthy relationship! If you're pretty sure your relationship falls under that category, then go through the signs and see how many of them fit you and your partner. It's just as helpful to know whether your relationship is wholesome as they come, after all.

Check out the biggest signs of a healthy and unhealthy relationship!

Neglect is a killer.

First off, let's talk about neglect. If one person in the relationship is being put before the other, that's not a good sign. Neither person's needs should be neglected if they want a solid relationship.

If you ever feel like there's pressure to change who you are for the other person's approval or benefit, that's definitely a bad sign. Nobody should need to change their personality to make someone else happy!

Missing out on hobbies.

If at any point you feel pressure to abandon an activity that you normally enjoy, that's another sign of toxicity. Your partner does not determine what you can and can't choose to do.

These signs go both ways. If you find yourself pressuring a partner into changing themselves, stop and examine your actions--because they're harmful to your partner and the state of your relationship.

Ever notice yourself actively worrying when an argument breaks out, or even a smaller disagreement? Couples fight, sure, but at no point should one person in the relationship worry about the other's reaction to a disagreement.

Finding justification for everything.

Another unhealthy sign for someone would be if they found themselves having to justify their actions to a partner. Do you have to explain why you're hanging out with your best friend? Make an excuse for going to a store? That's not something that people in a healthy relationship would ever do to one another.

Lack of privacy is also a bad sign. Yes, people in a relationship can get very close and eventually share a living space, but there are still boundaries. Everyone has them, and being forced to share every little detail with a partner is not something to be condoned.

It's not just the arguments, but the resolutions.

Okay, so you've had a fight with your significant other. But how does that argument resolve itself? Because if you're noticing that those arguments never seem to be settled fairly, that's a sign of unhealthy behavior in the relationship.

How does the argument play out?

When people in a relationship fight, strong emotions come up to the surface--but that doesn't mean it's okay to lose control over them. Yelling or physical violence during an argument is a bad sign that definitely shouldn't be ignored.

You only control yourself.

If there are attempts from one or both people in the relationship to control each other or manipulate the other into doing things, take that as the next sign that the relationship has gone bad.

Do you notice your partner trying to control more specific aspects of your life--for instance, how you dress? That's not up to them; only you. The same goes for criticism of your behavior, because significant others don't get to tell you how you ought to behave.

No time for the relationship.

Is one or both of you incapable of making time to spend with one another? If you can't even muster up the desire to devote time to your partner, then it's not a relationship you're particularly invested in--and not fair to the person you're dating if you keep on passing them by.

No, you don't have to be best friends with all of your partner's friends or seamlessly merge into their family, but it's important to have respect for both at the very least. If partners don't even make the effort around friends and family, then there's something wrong afoot.

No healthy relationship has one person controlling all the couple's "resources" while the other controls none. By that, we mean: who handles the money? Who drives? Who owns the home? Ideally, the answer is somewhere in the "we both contribute and control those in equal measure." If that's not the answer, then things need to change.

That's the big question, the underlying root cause behind most of the problems above. Do you both consider one another to be equals? Because that's what partners are: their relationship is based on fairness, equality. Someone who doesn't consider a significant other their equal is very likely to do every single unhealthy thing listed above! But that's enough negatives--let's look at all the signs of a healthy relationship now.

Someone in a healthy relationship takes care of themselves independently of the relationship. Don't neglect yourself in the process of helping your partner, or force them to do the same!

Are you giving their family a chance?

Yep; even if you end up not particularly fond of that one weird cousin on your partner's mother's side, it's important to work at maintaining a relationship with their family (and friends too!) nonetheless.

People in a healthy relationship trust one another and in the bond they share; they trust their partner to be honest and therefore don't doubt or question their partner's every action.

There it is again; privacy is something every person needs, even if in a relationship. Healthy couples allow one another to have privacy if they want it, especially since they've got all that trust as mentioned above!

Should you let your partner change your personality as they want? Absolutely not. But should you allow that partner's presence in your life to influence you? Yes. It's healthy to maintain a constant give and take in a relationship, and that means letting your partner actually become part of your life, and you a part of theirs.

People in healthy relationships are in no way worried about the possibility of violence from their partner. It simply doesn't happen when two people share healthy respect and care for one another.

So, maintain those other relationships.

Building off of the previous sign, partners should always be willing to encourage their significant other when it comes to building other relationships. You're allowed to have friends outside of your partner, and they are, too.

Beyond the fear of violence during fights, healthy partners should also just feel free to express themselves in general and not fear consequences, or a negative reaction from one another.

Do your own thing sometimes.

Being around anyone 24/7, be it best friend, family, or partner, is more or less unbearable. As much as we love those closest to us, it's just not healthy to have no alone time! So, healthy partners will maintain some activities apart from one another.

Just as you need to have hobbies of your own to indulge in, you'll also need to maintain an interest in your partner's hobbies. It doesn't have to be something you do together, but it's important to show your partner (and vice versa) that you care about the things for which they're passionate.

To that end, do you and your partner respect each other as individuals, and respect each other's personalities such as they are? Once again, influence isn't the same as complete loss of individuality: some influence from a partner is good, but losing your individuality entirely as a result of their actions is unacceptable. You are always your own person, no matter who you're with.

Healthy partners feel comfortable when they're together, and secure. Being together isn't something that should strain or upset you; your partner is someone that you need to feel completely safe with.

When you and your partner fight (and you will; it's an inevitable part of being with another person), your fights should be resolved fairly. The conflict isn't what makes a relationship healthy or unhealthy--it's how those conflicts are handled in the aftermath.

Remember to have fun.

Relationships aren't all seriousness; people in healthy relationships maintain a sense of playfulness and levity between one another--something else established when a couple feels comfortable together.

Ah, that timeless movie. But in all seriousness, people in healthy relationships are also able to avoid some arguments by just letting things slide. You're not a pushover, you don't let your partner walk all over you; it's rather a mutual agreement that comparatively unimportant things don't need to escalate into something hurtful. Fight over the stuff that matters, but let go of the things that, when you think about it, really don't. Share these tips with everyone you know in a relationship (and everyone who isn't, for that matter!). It's never too late to learn no matter where you are in life, right?