There were other casualties too... | 22 Words 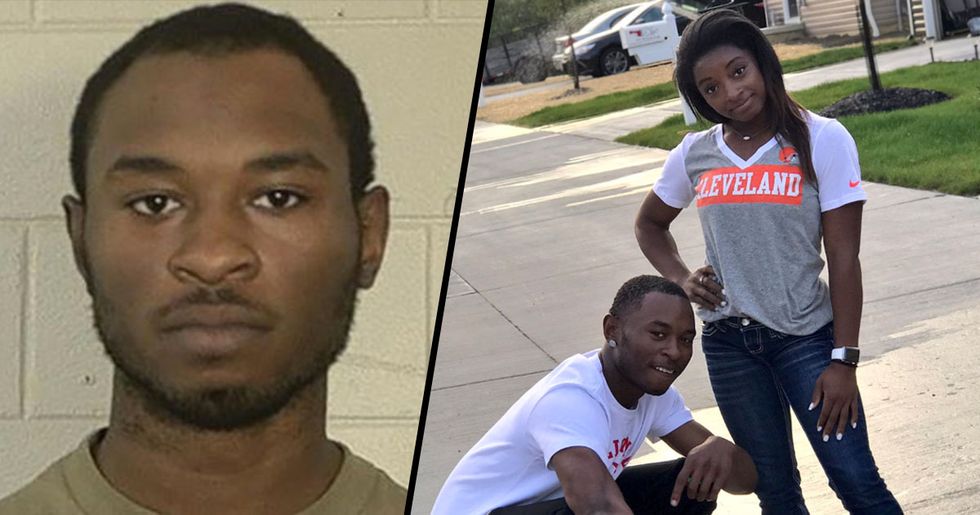 Recently, her brother, Tevin Biles-Thomas, was arrested and charged for a triple homicide in Cleveland, Ohio. The gruesome details of the crime have been released and we're all feeling a little uneasy about them. And, now, Simone has spoken out regarding her brother's fate.

3 people had been murdered throughout the night...

3 people lost their lives that night.

And these include 2 counts of murder, 1 count of voluntary manslaughter, and 1 count of felonious assault for each of the people he is accused of killing.

And, now, Simone has spoken out.

Simone is no stranger to family hardships and has been very vocal about her difficult childhood in the past.

She has previously opened up about her and her siblings' childhoods.

“My birth mother suffered from drug addiction, and when I was just 3 years old, my siblings and I were removed from her custody," she wrote in an op-ed for CNN last year."

Her grandparents adopted Simone and her siblings.

Grandparents, Nellie and Ron Biles, adopted Simone and her younger sister, and Biles-Thomas and another sister were adopted by Ron Biles’ sister. “From there, we bounced around until I was 6 and my grandparents made the brave move to adopt us," Simone explained.

Evidently, the girl is no stranger to family heartache.

And she has now expressed her condolences and grief over the situation regarding her brother and his victims over Twitter.

Along with a screenshot of a note she had written in her phone, a caption read, "Still having a hard time processing last week's news."

She sent her love to all of those affected.

In her note, she wrote: "My heart aches for everyone involved, especially for the victims and their families. There is nothing that I can say that will heal anyone's pain, but I do want to express my sincere condolences to everyone affected by this terrible tragedy. I ask everyone to please respect my family's privacy as we deal with our pain."

And her fans were quick to rush to her support.

Twitter users praised the athlete and reassured her that she had nothing to explain or justify.

Simone needs to remember that she isn't responsible for her brother's actions.

Though this situation is simply unimaginable, people were quick to remind Simone that she isn't responsible for anything that her family does, and she still remains a firm favorite across the nation.