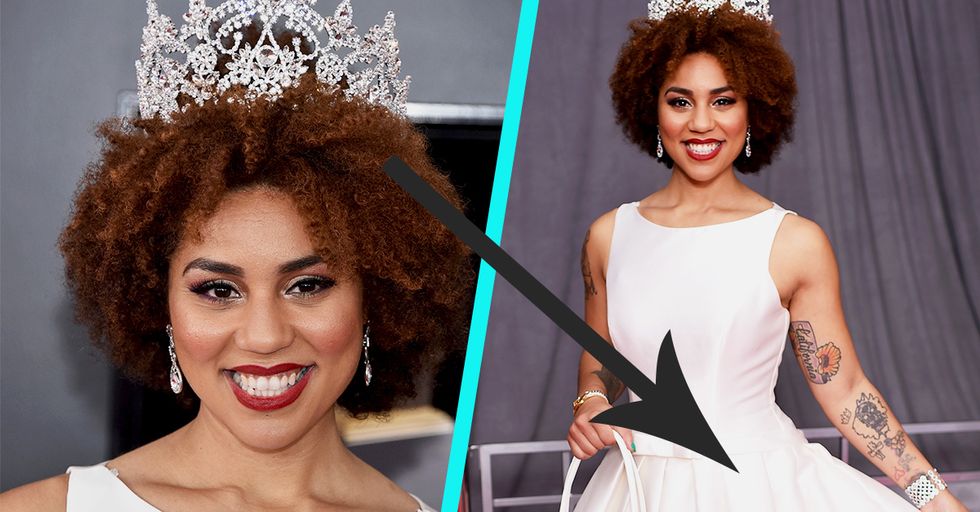 The Trump-supporting singer made waves last year when she sported a blue MAGA dress that had everyone scratching their heads and wondering who exactly she was. Some people called the dress a publicity stunt, but the singer was quick to set them straight.

"You can either stand for what you believe in or fall for what you don't," she said via an instagram post, adding, "agree to disagree." Whatever the case, her EP, "I Make the Static," soared to No. 1 for digital downloads in the aftermath of the Grammys.
This year, the Scientologist has made plenty of waves already. She announced she's running for Congress on a Republican ticket, and filed a sexual assault complaint against former Trump campaign manager, Corey Lewandowski, for hitting her twice on the posterior at a Washington event.

Joy Villa, who wore a MAGA dress to the Grammys, says Trump’s former campaign manager surprised her with the unwelc… https://t.co/Ii8kR0LGdB
— POLITICO (@POLITICO)1514312410.0

Villa took things up a notch when she walked the red carpet at the Grammys in a white Pronovias bridal gown which she hand-painted with a fetus surrounded by what appeared to be a rainbow womb.

The 31-year-old singer paired the ensemble with a white bag handprinted with the words, "Choose Life," as well as a faux-diamond tiara. "I'm a pro-life woman," she told Fox News, also revealing that she gave a baby up for adoption at age 21. "This year I chose to make a statement on the red carpet like I always do."

Asked what she thought about Trump's progress, Villa had this to say. "I love what he is doing; unemployment is down... I am totally for President Trump, and it's only been one year. I can't wait for the next seven years!"