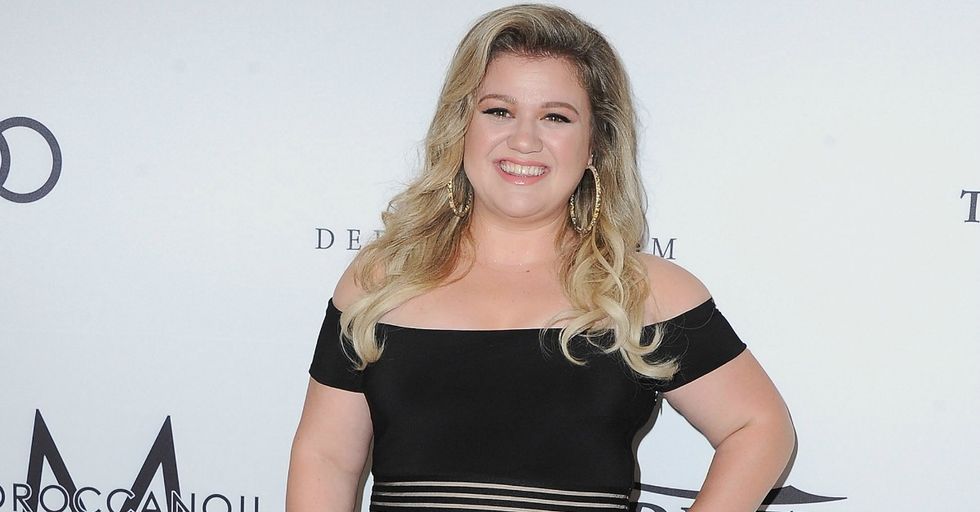 Grammy award winner Kelly Clarkson recently sat down with Attitude magazine to open up about a difficult period in her life. Clarkson rose to fame in 2002 after winning the first season of the biggest singing competition at the time, American Idol. She inked a deal with RCA Records and her first single A Moment Like This was the single best-selling song of 2002. She seemed to have the fairytale life.

Everything she'd ever dreamed of was happening.

Here was a girl from Burleson, Texas who burst out of seemingly nowhere to become the single most recognizable voice of the year. Her first album Thankful was well received, and her single "Miss Independent" seared the international charts.

She even did a movie called From Justin To Kelly with Justin Guarini! Remember that?

Although the film was poorly received, Clarkson's sophomore album Breakway was an instant hit, debuting at number three on the Billboard 200 and going platinum six times.

Clarkson's life may have seemed like a dream, but she was actually struggling.

She faced intense pressure from her record label and executives to stay thin as well as to conform to their ideas of what her career should be. As she said to Redbook in 2015, "There are just some people who are born skinny and with a great metabolism – that is not me. I wish I had a better metabolism."

Clarkson, like many of us, found it difficult to keep the weight off.

"I... wrecked my knees and my feet because all I would do is put in headphones and run. I was at the gym all the time," Clarkson told Attitude.

The constant exercising and worries about weight reportedly took a toll on Clarkson.

“When I was really skinny, I wanted to kill myself," Clarkson said. "I was miserable, like inside and out, for four years of my life. But no one cared, because aesthetically you make sense... It was a very dark time for me. I thought the only way out was quitting."

One thing that got Clarkson through was her work and changing the people around her.

“There’s a song on My December called 'Sober,'" Clarkson said. "There’s this line, ‘picked the weeds but kept the flowers,’ and I just live my life by that, because you are who you surround yourself with. I was around some really negative people, and I got out of it because I had a lot of great people there too. It was a case of turning around, facing them and walking toward the light."

After reports of this difficult period filtered across the media, Clarkson stepped up on Twitter today to clarify her comments.

Thankfully, she's in a much better place now, married to husband Brandon Blackstock, with whom she has two children.

NOT TRUEI’ve never contemplated suicide because of my weight.I said people had no idea I was unhappy oddly enough b… https://t.co/1ompc6x0v6
— Kelly Clarkson (@Kelly Clarkson)1508855321.0

She recently spoke to People about how she tries to instill self confidence in her children. "Even from a young age, I think you should instill that people, your children, should always stand up for themselves or speak out when something is wrong. I think if we start it at that young age, and you start molding people and growing to these very elevated individuals that help elevate society. It’s a really crucial time when you have children right now." Well said.