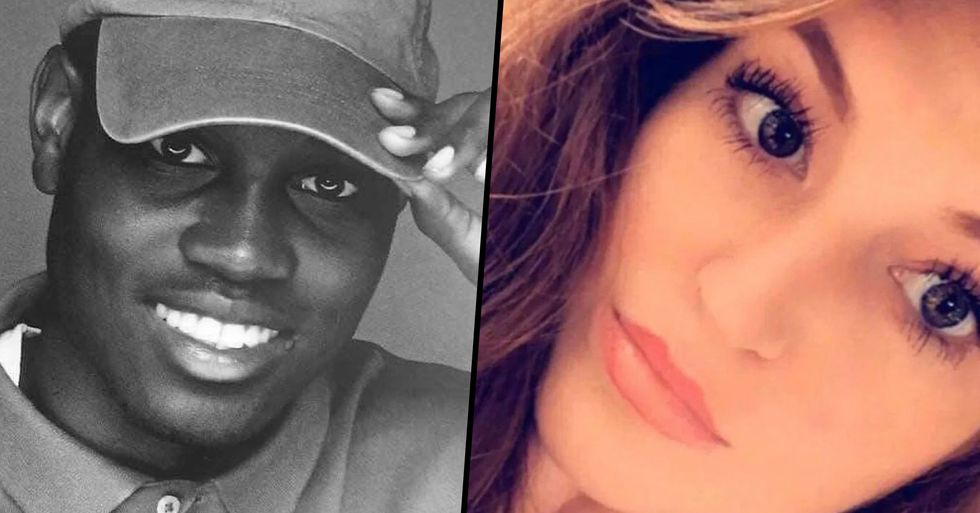 The horrific murder of Ahmaud Arbery has left us questioning our justice system but over a week after arrests had finally been made, we have received some more disturbing news that has made us sick to our stomachs. The killer's sister posted a photograph of Arbery's dead body on her Snapchat and has now explained why she did it.

Keep scrolling for all the harrowing details on this story including a censored shot of the photo in question...

Ahmaud Arbery was shot dead in Brunswick on February 23 in the Satilla Shores neighborhood.

And even Justin Timberlake did his bit too.

He captioned the post: "If you’re not outraged, you should be. Justice for #AhmaudArbery."

A week after the arrests were made...

Arbery's mother spoke out about her son's murder.

In Georgia law, the death penalty can be sought if "the capital offense was outrageously or wantonly vile, horrible, or inhuman in that it involved torture, the depravity of mind or an aggravated battery to the victim."

And once you hear the latest update on the story, you'll understand why Arbery's mother better...

While some people believe it might be too much to want to the death penalty, their minds have changed upon hearing this horrifying news.

After the initial murder, the killer's sister decided to post a picture of Arbery's dead body to her Snapchat.

A news report by The Sun explained that she did this because "she is a true crime fan."

Lindsay McMichael admitted to the accusations.

The thirty-year-old admitted to posting an unedited image of a blood-soaked Arbery lying on the street in Brunswick on her Snapchat account for people to see, but said she meant "no harm" from her disgusting actions. Read on to see the photo in question.

She told the news outlet this:

“I had no nefarious or malicious intent when I posted that picture. The thing is I’m a huge fan of true crime — I listen to four or five podcasts a week — I’m constantly watching that sort of thing."

Here is the sister of murderer, her name is Lindsay McMichael; These people are terrorists and sick in the head, al… https://t.co/plaoOEsX9V
— Robert Littal BSO (@Robert Littal BSO)1589851623.0

"It was more of a, ‘Holy s–t, I can’t believe this has happened,'" she added. “It was absolutely poor judgment." "Poor judgment" is probably the most sugar-coated understatement of the year.

However, a lawyer for the family described it as "deeply disturbing."

"The picture Lindsay McMichael posted was very disturbing and very disturbing to the family," attorney S. Lee Merritt said. “It actually fits the pattern of the McMichael family engaging in a weird, violent form of voyeurism."

The news has made us all sick to our stomachs.

@GBI_GA @Drewgoss1 Why isn’t anyone investigating the distribution of a crime scene investigation?! DO SOMETHING AB… https://t.co/vVvBW0khuS
— Jovita Ida (@Jovita Ida)1588959499.0

“First you have [Gregory] McMichael sharing with a news station a video of the murder, then you have his daughter sharing an image of Ahmaud’s bullet-ridden body on Snapchat," Merritt said. “It’s deeply disturbing behavior."

The sister also went on to defend her brother and father claiming they loved her "non-white boyfriends."

“We’re not the ones on trial here — my dad and my brother are and yes, I don’t think that they were beating the hood of the truck and saying, ‘Let’s go get this person,'. I think that things just really escalated. I just want people to realize we’re not monsters," she said. The family's behavior has been nothing short of barbaric. Let's hope justice truly is served.