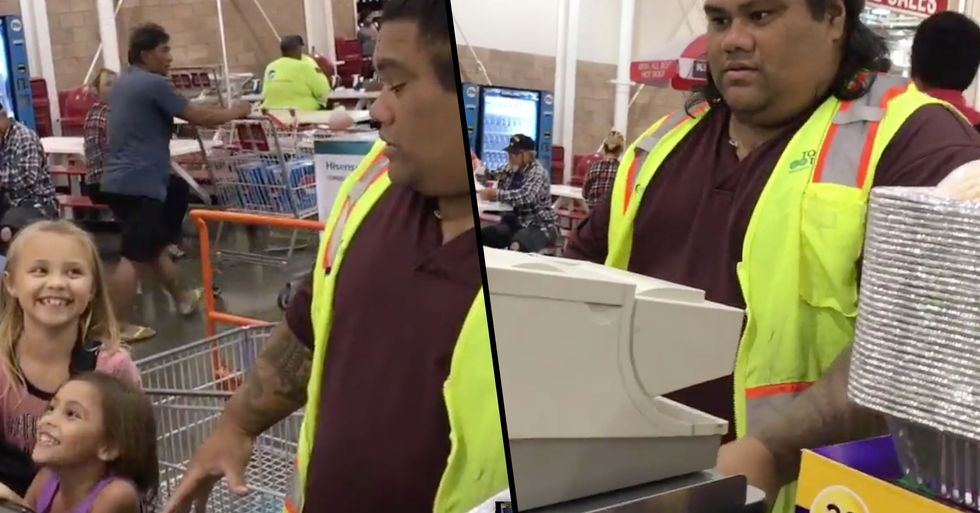 Moana is one of the most beloved movies of Disney's more recent catalog - with Maui, voiced by Dwayne Johnson, proving to be an undeniable fan favorite.

This week, heartwarming footage has surfaced of the moment 2 little girls mistake a grocery store cashier for Maui. So, he decides to play along.

Disney has given us some absolute classics over the years. If you’re feeling down, there’s truly nothing better than a good old Disney movie.

Disney’s Moana has become quite the hit amongst the kids.

Of course, her venture is far from plane sailing...

Her aim to set things right quickly becomes harder than she first anticipates.

The movie was dubbed as a step forward for Disney's "diversity issue."

The movie had a woman of color protagonist as well as shedding light on the ancient Polynesian community.

Not only has the family flick got a fantastic soundtrack...

But the movie is home to an array of fan-favorite characters, including Maui, who seems to have become very popular among kids.

The character is famously voiced by Dwayne "The Rock" Johnson.

His daughter, Tiana, is a huge fan of her dad's character but apparently has "no idea" they are the same person.

Johnson said he performs the song multiple times a day at the request of Tiana...

It's the cutest thing we've seen!

But this week, some footage that's even more heartwarming has surfaced...

And it's of the moment 2 sisters mistake a grocery store cashier for Maui.

Ryley and Rylyn were out grocery shopping with their mom at a Hawaiian Costco when their eyes lit up...

What stopped them in their tracks? The real-life Maui from Moana (or at least that's what they thought). Keep scrolling for the heart-melting video.

Maui was right in front of them scanning their items.

To say the girls were starstruck is an understatement. “That’s Maui!" they both yell while jumping up and down.

It turns out that the local guy, named Will, also does the character for kid’s parties.

We certainly see the resemblance.

He plays along with the whole thing!

He even had a surprise in store...

He belted out the character's famous call, "Chee-hooo!" and of course, the little girls loved it.

His act must have been convincing...

Because now, every time the girls go to Cosco, they search for the demigod.

The girls' mom spoke out about her daughters' joy...

“Each time my daughters come to Costco, they search for the 'real life' demi-god, Maui," she said.

"Will, featured in this video also does character appearances as Maui for parties and previously at Aulani Disney resort. Thank you, Will, for bringing a smile to our daughters' faces at each visit!"

People gushed over Will’s kindness and fun-loving nature towards the kids.

He truly has a heart of gold.

What an amazing guy! Parents are being urged to not allow their kids to dress up as Moana. Keep scrolling to find out why...