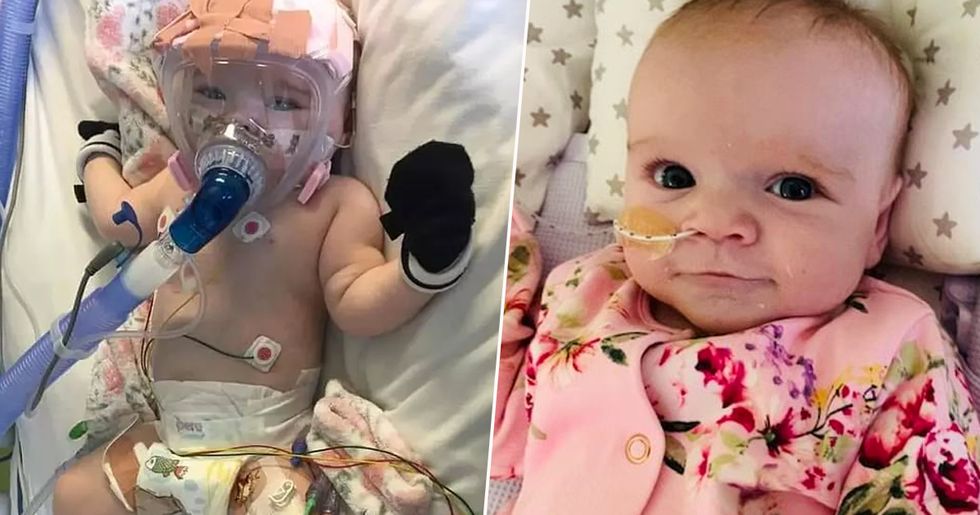 It's been another dark week as coronavirus continues to devastate the world.

Not only that, but emergency services in the US have now come out to claim that the number of calls inquiring about ingesting disinfectant has rose dramatically.

Thankfully there is one uplifting story in the news. The story of how a baby beat the deadly virus, despite heart and lung problems.

It's been another dark week.

Coronavirus continues to devastate the whole world and it feels like there are very few positive stories in the news...

And they've revealed that since Trump made these comments, calls about ingesting disinfectant have risen.

Officials in Maryland sent out a warning.

The president can claim his disinfectant comments were meant to be a sarcastic barb to reporters, but thousands of… https://t.co/91i5aBY3uE
— Fenit Nirappil (@Fenit Nirappil)1587748717.0

After a sharp increase in calls about ingesting detergent, officials in Maryland sent out a warning, urging people not to swallow it.

ALERT: We have received several calls regarding questions about disinfectant use and #COVID19. This is a reminder that under no circumstances should any disinfectant product be administered into the body through injection, ingestion or any other route.

Officials in New York reportedly also saw a rise in calls about ingesting detergent and disinfectant. The New York Daily Post claims there were around 30 calls made about the above, compared to just 17 this time last year.

Because things cannot go on like this for much longer. And, while he isn't offering deadly remedies, he is looking into pardoning notorious Netflix criminals. Keep scrolling to hear his opinion on Tiger King star, Joe Exotic...

But thankfully there is one positive story.

And it's the story of six-month-old, Erin, who suffers from heart and lung problems.

She was diagnosed with COVID-19.

Following a major operation for issues with her heart and windpipe, Erin was diagnosed with Coronavirus. The odds were seriously stacked against her.

HAPPY NEWS! A 6-month-old baby girl who was being treated for the coronavirus at Alder Hey Children’s Hospital in t… https://t.co/a9kNLArbGf
— Eyewitness News (@Eyewitness News)1587826823.0

Erin has beaten the virus. It hit her hard with a few ups and downs but we wanted people to know coronavirus doesn't have to be a death sentence for people with pre-existing conditions.

She is all smiles and talking to herself.

Her mum added that she is so 'proud' and thanked all of the staff working at Alder Hey Children's Hospital.

Erin truly is an inspiration to us all during these dark days. Such a warrior!