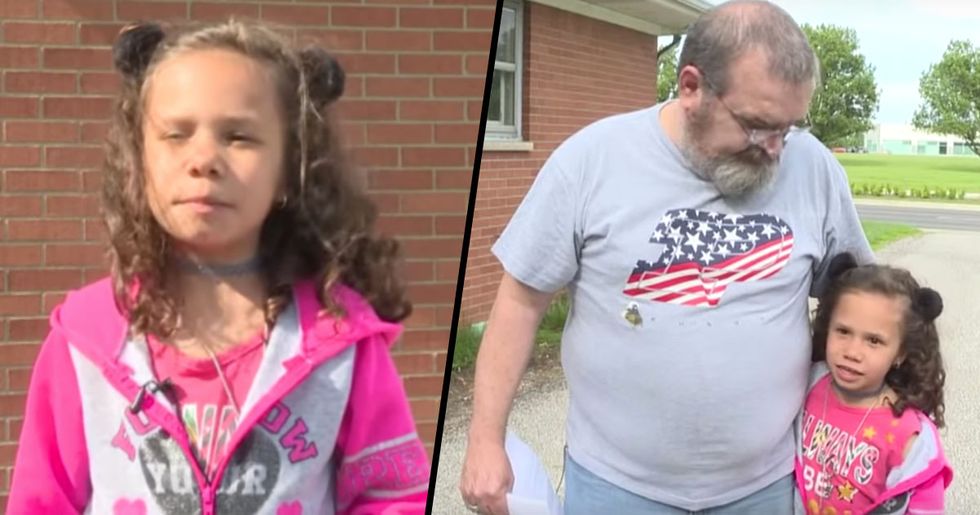 Six-Year-Old Made to do 'Walk of Shame' Because She Couldn't Afford $2.25 Lunch

It's a fact of life that children are not the ones who are in control of their family income.

It is also a sad reality that many children are not as privileged as others, and when it comes to things such as school lunches, these things aren't as accessible for some.

A 6-year-old earlier this year found that she wasn't given enough money to cover her school lunch, and rather than her teachers being understanding, they made the little girl do a "walk of shame" to return her lunch.

School lunch costs have been a worldwide issue for a while now.

Not all schools can provide free school lunches to their children, and here in the United States, not all schools are a part of the numerous School Meal Programmes that run nation-wide.

Low-income families are taken into consideration...

These programs are designed to provide children who come from low-income families with free school meals that are nutritious and healthy.

A method to help struggling families...

Schools should ensure that children never go hungry at school.

Even if a child cannot afford to have a school lunch, there should always be an option for children to eat.

In May of this year, a 6-year-old girl was refused this right.

Dwight Howard, who is from Greenwood, Indiana, said that his 6-year-old grandaughter Anya was unfairly treated during lunchtime at her kindergartener school.

Anya queued up for a hot lunch.

She was served her hot lunch, and just as all the other children did, she proceeded to pay with the money provided by her grandfather.

But without realizing, Anya was $0.10 short.

Rather than kindly letting the young girl off...

Anya was ordered to walk back down the queue and return her hot meal - in front of her peers.

The situation was very distressing for the 6-year-old.

Dwight and his granddaughter spoke to Wish TV, and Anya recalls her peers laughing and making fun of her for "not being able to afford lunch."

Anya didn't go hungry, but she was offered something much less substantial.

She was instead offered a peanut-butter-and-jelly sandwich, Dwight said.

This is a big deal for a child as young as Anya.

"When she was talking to me about it, she was more than sad," he said, "I mean, that's embarrassing for a little 6-year-old."

He said he wants the school district to change its policy so other students won't be told to go on what he called a "cafeteria walk of shame."

Anya's school takes payments via student accounts that get topped up with the money...

Anya came home with a note saying her account balance was $0.10, WISH reported, and Dwight said this was the first time the family was told about her account status.

For some reason, Anya's family wasn't made aware that her account balance was low.

Kent DeKoninck, the Greenwood Community School's superintendent, told WISH that the district protocol is to tell a student's family when an account balance is at $5.

The school insisted that a note was given to Anya beforehand...

According to the news outlet, a note given to Anya said that starting May 13th, "if there is not enough money in your child's account to cover the entire meal, they will be receiving a peanut butter sandwich and a milk."

"It is not an uncommon occurrence for multiple students to be served the alternate lunch on any given day," DeKoninck said in a statement. "Any time this happens, our staff looks to handle all of these as discreetly as possible."

But Dwight feels this is an unfair practice.

"They waited until there was a dime left, denied her the opportunity to eat the lunch that she had been served and tried to pay for, and then she had to go to the end of the line to wait for a PB&J," he said angrily.

"Lunch-shaming" is not a new concept...

Earlier this month, a school district in Rhode Island made waves for serving students cold "sun butter and jelly" sandwiches if they owed money, a policy that some said could shame students whose families struggle financially. After a nationwide backlash, the policy was canceled.

Keep scrolling to learn about the school cafeteria that turns its left-over food into frozen meals for under-privileged children to take home...