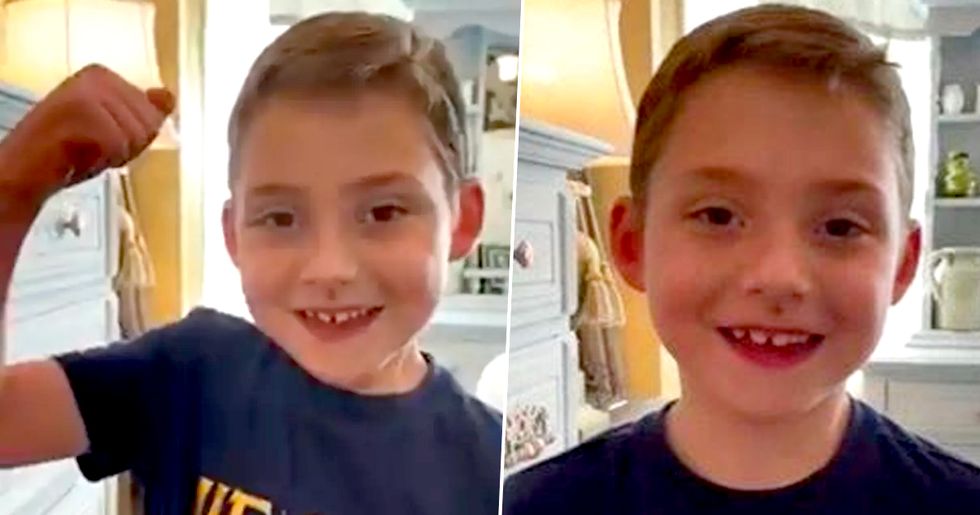 The coronavirus pandemic has brought the entire world to a complete standstill. As the death rates rapidly rise per day, more and more people are falling into a mass panic.

Nobody knows just what will happen over the next few months, but as it seems like there is nothing but dark news all around us, here's an uplifting story for a change.

This the story of how a six-year-old with cystic-fibrosis successfully fought off coronavirus.

His identity was then revealed...

However some people still don't care.

You’re not stuck at home, you’re safe at home. Please do the right thing and stay there. #StayAtHomeAndStaySafe https://t.co/QbNZSFWBYM
— NHS Million 💙 (@NHS Million 💙)1585391335.0

Despite constant pleas from doctors, medical experts, scientists, and politicians about the seriousness of coronavirus - some people still don't seem to care.

21-year-old Instagrammer Ireland Tate from Nashville boasted online about how she would not be following the governments pleas for social distancing.

Then the inevitable happened.

Despite telling her followers she 'probably wasn't going to get' Coronavirus - she has, in fact, caught Coronavirus. More specifically she said:

I'm aware that we're supposed to be self-quarantining and social distancing and all these things to like keep everyone safe. I get it. Cool. Great. I just don't think that I'm gonna get the virus.

Days later she posted online revealing that she had in fact caught the virus. She said:

A little update on corona, isolated quarantine, and why staying home is important. If you hadn't heard by now I tested positive for COVID19 on Wednesday. I didn't really have any new symptoms other than being extra tired and body aches. Then I developed a cough, a terrible migraine that is going on 4 days strong, loss of appetite, shortness of breath, and just overall a gross feeling.

You've got to take this seriously people. Countless lives are at risk.

But admist the darkness.

There are some uplifting stories too, like the story of six-year-old Joseph Bostain from Tennessee.

And heartbreakingly, the little warrior was diagnosed with COVID-19. Due to his underlying health issues his chances were slim.

But amazingly, he's beat it.

His mum Sabrina posted online to let his fans and supporters know just how Joseph was getting on. She wrote:

Thank you for all the cards and the prayers and the gifts. I'm a cystic fibrosis warrior and I beat Covid-19.

I just want to say I think we are back to somewhat of a normal routine for Joseph and our household. Joseph is doing great! We still have a small cough and some minor stomach issues but overall we have a happy, hungry, active young man that feels 95 percent better! We will continue our quarantine here at home taking all the same precautions as we were even when our quarantine is up. I will continue to keep Joseph out of harm's way from the public for a time so I know that he will remain healthy! I want to thank all of our community again for loving and praying for our family and as soon as we are able to be out, I am willing to help anyone who may need something brought to them or someone who may be in need of an item and can't get out. I just want to say thank you and return the love. To people from all over the world thank you for your support and prayers. From our family to yours, THANK YOU!

Congratulations Joseph. You're the beacon of light and hope we all need during these dark times.