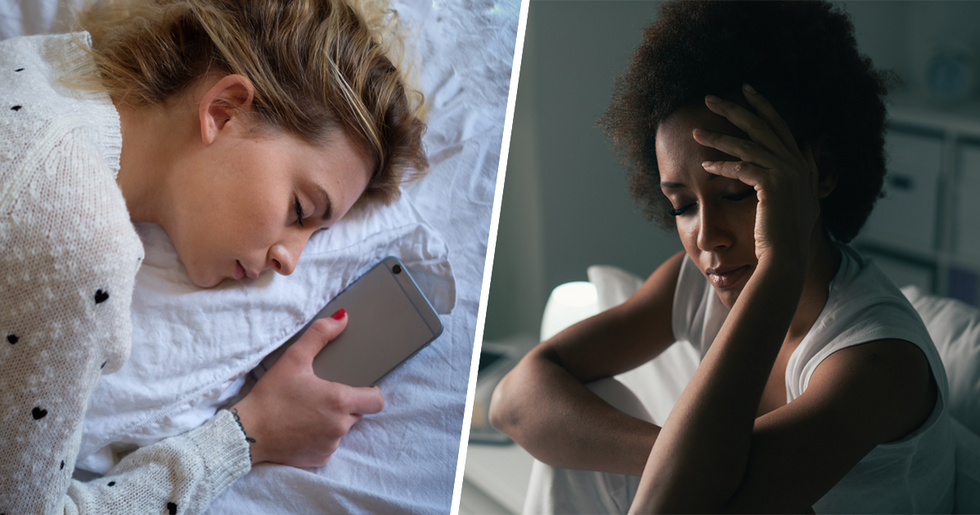 Sleep deprivation is a harmful condition. We all know that we need sleep...but do you know what happens when you don't get any sleep? Because when you're not getting enough sleep, your body suffers for it. Whether you notice or not, sleep deprivation comes with many side effects!

Even one night of too little or no sleep can mess with you. Read on and find out exactly what happens when you start missing sleep!

Apparently, about a third of adults in the United States don’t get enough sleep. And that could turn into a big problem, for both your brain and your body.

Doctors recommend that adults get 7 to 9 hours of sleep every night.

Yet, many adults believe they can get by on much less. That, or they feel forced to, due to work and familial commitments.

Sleep deprivation has serious consequences in both a person’s physical and mental health.  Here are several of them.

You’ll be at a higher risk for certain cancers.

Sleep deprivation, and disrupted sleep schedules have been linked to a higher risk for both colon and breast cancer.

That can lead to weight gain and unhealthy behavior. Lack of sleep causes people to have more unhealthy food cravings, and as impulse control suffers, it’s also harder to resist eating those foods.

Here’s why sleep is an issue for kids and adults.

Lack of sleep messes with your memory. For students, it makes learning very difficult. And for adults, it wrecks their short-term memory. So if you’ve missed a few winks of sleep, and you can’t remember the details of your day, that’s probably why!

Getting less sleep will age you.

Studies have shown that young adults who aren’t getting enough sleep are less likely to engage socially with other people. To make matters worse, people who are lonely tend not to sleep as well. We just can’t win, can we?

The risk of heart disease is greater.

Sleep deprivation is bad for your heart. Blood pressure and heart rate go up when you’re running on too little sleep, and so does the risk for heart disease.

This one isn’t surprising, but irritability increases after a sleepless night. People are also more likely to be bothered by everyday occurrences when they haven’t had enough sleep.

The longer you’re awake, the worse your eyes get.

Do you get tunnel vision or double vision when you’re up for too long? Sleep deprivation leads to more and more visual errors the longer you’re awake. People have even experienced hallucinations when severely sleep-deprived!

You’re more likely to get sick.

Lack of sleep also affects your immune system, and that makes it harder for your body to fight off infection. It also makes newly received vaccines less effective—so get a full night of sleep before you get a flu shot this winter!

Your reaction time is much impeded when suffering from a lack of sleep. Consequentially, you also become clumsier.

One study discovered something disturbing.

The study discovered that one night of no sleep led to a 20-32% increase in the number of errors made by surgeons!

Even the libido suffers.

Sleep deprivation decreases testosterone levels, which is a big part of the sex drive in both men and women. Too little sleep could mean reduced libido and sexual dysfunction.

Risk of diabetes is higher.

People who don’t get enough sleep can mess up their metabolism, which can lead to insulin resistance and then, type 2 diabetes.

In fact, it’s a bit like having too much to drink. People kept awake for 36 hours were unable to properly express themselves, with a tendency to repeat themselves and speak slowly and indistinctly.

It’s like being drunk in more ways than one.

People with too little sleep also shouldn’t be driving—drowsy driving, like drunk driving, increases the risk of crashes and accidents.

There’s a reason people say they’ll "sleep on it" when making decisions.

It’s harder to be happy.

A bad night of sleep can lead to depression and unhappiness the next day. Obviously, there are many factors that effect mood, but getting enough sleep gives you a better chance for a good day.

Watch out for muscle atrophy.

Sleep deprivation makes it harder to build and heal muscle. Therefore, if you’re suffering muscle damage from exercising, it worsens any conditions relating to muscle atrophy.

Chronic pain is harder to withstand.

People who are in pain tend to get less sleep. And now, studies have revealed that lack of sleep increases people’s sensitivity to pain—which is kind of a vicious cycle.

Headaches and migraines have long been connected to sleep deprivation. People who go through a night without sleeping have been known to trigger migraines easily.

Snoring or sleep apnea could do serious damage.

If snoring or sleep apnea is disrupting your sleep, it can end up straining your heart, causing cardiovascular problems. It’s also been linked to weight gain.

Sleeplessness will irritate your bowels.

Bad sleep is linked to signs of Alzheimer’s.

Studies show that sleep cleanses the brain of a certain protein (associated with Alzheimer’s) that builds up when we’re awake. An irregular or disrupted sleep schedule can lead to the protein building up too much.

To that end, long-term memory suffers.

Sleep deficits have been linked to memory problems for a long time, and in elderly people, it is associated with an impaired long-term memory.

The problem goes down to your genes.

Sleep deprivation ends up disrupting normal genetic activity; some genes that have a cycle stop following it, and others that didn’t previously begin to follow one. Basically, your genes go crazy, and this explains many of the health issues related to lack of sleep!

It leads to more inflammation, which is a slippery slope.

It’s a scary thought, but with so many health issues related to sleeplessness, a consistent lack of sleep puts people at a greater risk of dying during a given period. So make sure you’re getting the sleep you need! Know anyone who needs some more sleep? Share this story with them!