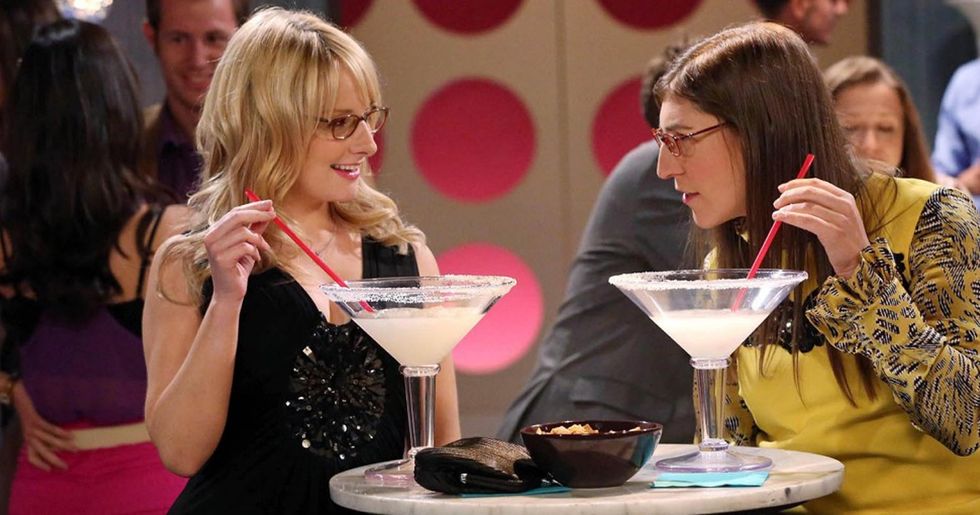 If you like to wind down with a drink or two on the weekends, you’re obviously not alone. We’re all about imbibing (responsibly, of course!) from time to time, especially after a long and stressful week of work.

Interestingly enough, scientists have found evidence to suggest that there’s a surprising correlation between one’s education level and their likelihood of heavy drinking—and even problem drinking.

Below, we’re breaking down the study and what it may mean for you. Keep reading to get the scoop.

The study focused on young adults in Britain.

It was published in 2010 by researchers from the London School of Economics.

They found that more educated people tended to drink more.

As the study says, “We found that higher educational attainment is associated with increased odds of daily alcohol consumption and problem drinking." This correlation was more pronounced in women than in men.

So, going to college might drive you to drink?!

It’s not clear what might cause this — more stress? More disposable income?

People who scored well on tests in childhood “are at a significantly higher risk of abusing alcohol."

Our childhood selves reverberate throughout our lives.

“The more educated women are, the more likely they are to drink alcohol on most days and to report having problems due to their drinking patterns," the study says.

This is slightly disconcerting.

And here we thought we’d get a diploma after graduating. If you have a drinking problem or you're worried about a friend, help is out there! Talk to your doctor or check out Alcoholics Anonymous.

The National Survey on Drug Use and Health found that among college graduates, 69.2 percent reported that they were current drinkers, while only 36.5 percent of those who did not graduate high school self-reported as drinkers.

On the other hand, college graduates were less likely to be binge drinkers.

Adults “who had graduated from college were less likely than those with some college education but no degree to be binge drinkers."

Our guess as to why?

The grads got it out of their system at the frat parties.

Meanwhile, another study shows that teenage drinking has different effects on males and females.

They found that males that drank heavily as teenagers didn’t get as far in their education.

The same wasn’t true for females.

Heavy alcohol use in their teens didn’t have a large effect on females’ level of education.

Of course, this isn’t the only thing science has to teach us about our brains.

There are tons of interesting studies that offer conclusions you might not expect.

Here’s one: did you know that daydreaming could be a good thing?

Drifting off into your own personal thoughts is often seen as a nuisance, but a study from the Georgia Institute of Technology suggested otherwise.

Your mid-lecture fantasies about Ryan Reynolds might not be an issue.

The study found that people whose minds wandered more had more “efficient" brains.

As Eric Schumacher, one of the study’s coauthors, said, “People with efficient brains may have too much brain capacity to stop their minds from wandering."

A new study suggests that obesity is linked to having a smaller brain.

In this study of middle-aged people, those with more fat around their midsection had a lower volume of gray matter.

The cause of this phenomenon is unclear.

Scientists think that perhaps a certain factor could be causing both the obesity and the decreased brain size.

A study showed that when people lost weight (even a small amount), their brain volume improved.

One more reason to stick to your New Year’s resolution.

Those sweat sessions can help your body inside and out.

Researchers point out that obesity can affect many different aspects of the body.

The study’s author, Mark Hamer, wrote, “Obesity can have a detrimental impact on a wide range of health parameters. People should strive to maintain normal body weight."

Interestingly enough, having a bigger brain might not necessarily mean you’re smarter.

A study led by a University of Pennsylvania researcher dived into the topic of brain size.

There is a correlation there, however.

The study says there is “a robust association between total brain volume and fluid intelligence."

But check this out…

Men have larger brains than women on average, but they didn’t score any better on the tests they were given.

Therefore, scientists think that there are other factors at play.

Factors could include “the size of certain regions of the brain or the quality of the connections between them."

The researchers also found a correlation between brain size and level of education.

They describe “a positive relationship between total brain volume and educational attainment."

John D. Mayer, a psychology professor at the University of New Hampshire, summed it up beautifully.

He said, “If you have a small brain, don’t worry. And if you have a very large brain, you should not get overconfident."

Don’t get a big head about your big head!

It’s not about the size of your brain — it’s what you do with it. Be sure to share this story with all your science-loving friends!