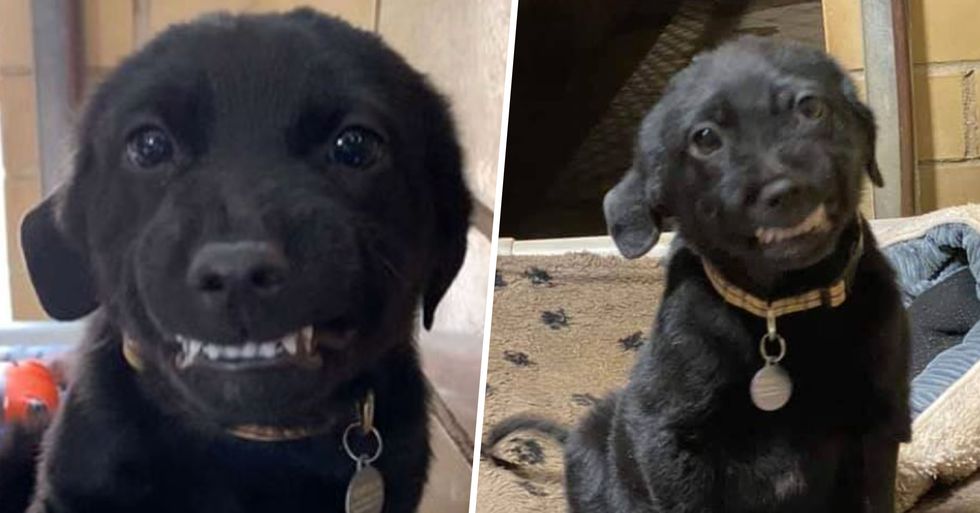 But there's one pup who has been stealing the spotlight this week. A rescue pup has been putting on his best smile in a bid to find his forever home and the internet truly can't handle the cuteness.

Keep scrolling to find out more and to watch him in action...

One shelter dog has been stealing the spotlight this week...

Why? For his infectious smile. Keep scrolling to take a look...

This adorable pooch was taken into a shelter alongside 2 other doggos, Joe and O, by the Humane Society of Northwest Louisiana when he was just 8 weeks old.

And she knew there was no way she could leave them behind.

But Berreaux really stood out from the crowd...

Because he started grinning and flashing his teeth - appearing to don a wide, infectious smile.

Berreaux had a bit of a rough start after being rescued, however.

He heartbreakingly fell ill after being rescued, but the Humane Society rushed him to the animal hospital where he luckily made a full recovery.

And once he was back in the shelter...

Staff began to notice that the pup would flash his smile to passers-by. "It’s whenever you’re talking real sweet to him … he gets this smile like he wants something. [It’s] like he’s telling you, ‘Come pet me, come love me'," volunteer Sarrah Walton told the Dodo.

So staff decided tp capture a video of Berreaux and his trademark smile.

"[W]e were thinking, ‘Burreaux wants a home so bad that he’s always smiling, trying to cute it up’. So we took that video" Keep scrolling to watch.

The adorable clip has since gone viral.

Burreaux is still yet to find his forever home. But, hopefully, it won't be too long before his flashing his smile at his new owners. Want more adorable pup content? Keep scrolling.