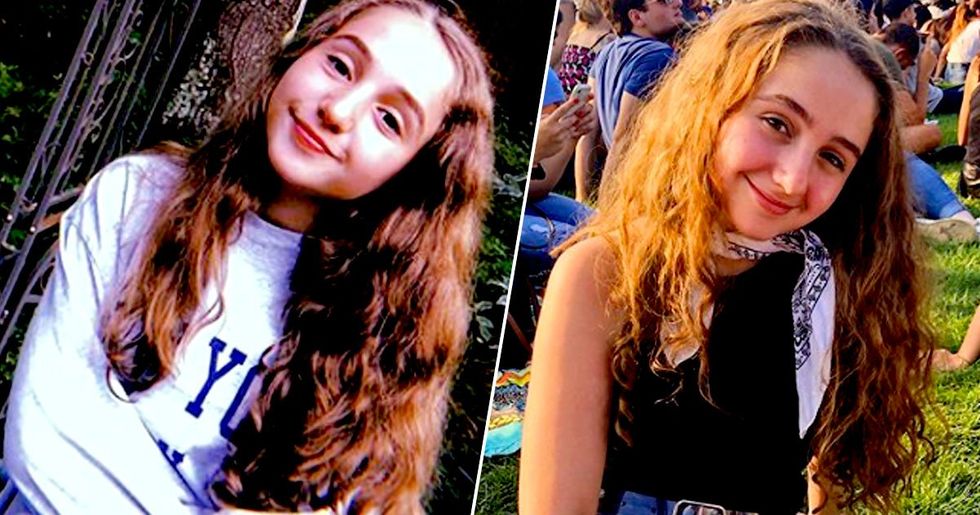 SNL star and Broadway actress Laurel Griggs has passed away at the very young age of 13.

The up-and-coming child actress tragically passed away at the very beginning of what appeared to be a long and successful career in film and television. Keep reading to learn more about Laurel Griggs and what she achieved in her life before her tragic death.

Our thoughts go out to Laurel's family and friends at this hard time. Rest in peace.

Laurel Griggs was an actress and performer.

Griggs was an actress who appeared to be destined for big things.

She made her Broadway debut aged six.

At the very tender age of just six, Laurel made her first appearance on Broadway in the role of Polly in Tennessee William's legendary play, Cat On A Hot Tin Roof.

But that isn't her best known role.

Laurel is perhaps best known for her role in Once: The Musical - based on John Carney's film of the same name.

In her role in Once, Laurel found herself performing opposite Scarlett Johansson. Laurel kept the role for seventeen months between 2013 and 2015. During which time Once saw itself win a Tony Award.

Despite her young age, Laurel actually starred on SNL twice in small roles.

You can watch her on SNL here:

Starring in this Christmas sketch on SNL, Laurel is the second child to appear in the scene, during which she hilariously asks whether Donald Trump is on the naughty list.

She also starred in Cafe Society.

Tributes have been pouring out for the young star.

Laurel's Once co-star, Eliza Holland Madore, who played Ivanka in Once wrote expressing her heartbreak:

I am deeply saddened by the sudden loss of one of my Ivanka sisters. Laurel - you were always smiling and always made other people laugh.

I’m so incredibly grateful that I got to know you. You will never be forgotten, and we will never stop loving you. Everybody in the Once Family is going to keep you alive through us. R.I.P. My heart goes to her family.

We are saddened to share that Laurel Griggs passed away this week at the age of 13. Laurel was a brilliant young la… https://t.co/VRB8aVcI28
— Young Broadway (@Young Broadway)1573221634.0

We are saddened to share that Laurel Griggs passed away this week at the age of 13. Laurel was a brilliant young lady who appeared on Broadway in "Cat on a Hot Tin Roof" and "Once". We send our condolences to her loved ones at this difficult time.

She also starred in numerous commercials.

We're remembering Laurel Griggs through photos and videos of her incredible career. Learn more about how you can ho… https://t.co/VsUIIolkpB
— Young Broadway (@Young Broadway)1573260132.0

In addition to her work on the stage, it has been reported that Laurel also acted in numerous commercials for television.

And voice overs too.

Laurel established herself as an expert in many mediums, carrying out high profile work in film, TV, theater, as well as commercials and voice overs as well!

She was known as highly professional.

According to her IMDB page, Griggs had a reputation for being 'an incredibly professional child who respected her craft and others'.

She passed away aged thirteen.

Laurel tragically passed away at the age of thirteen.

She died on November 5th.

Laurel passed away on November 5th and was reportedly buried on Friday, November 9th.

Laurel's cause of death has since been reported.

According to Page Six, Laurel's cause of death has since been confirmed by her Grandfather. It has been reported that she died following a severe asthma attack.

She was rushed to hospital.

After suffering the massive asthma attack, Laurel was rushed to Mount Sinai Hospital, where doctors did everything they could to save her, but it was tragically too late.

The world lost a real princess who only wanted to make the future happy for all. Acting was a just a childhood dream come true and she had big plans for the future.

A remembrance service is set to take place today.

Her family said a remembrance service will be held Sunday afternoon in Chelsea to celebrate her life.

Our thoughts go out to Laurel's family and friends.

Her death is so heartrendingly tragic, especially at such a young age. Rest in peace Laurel.