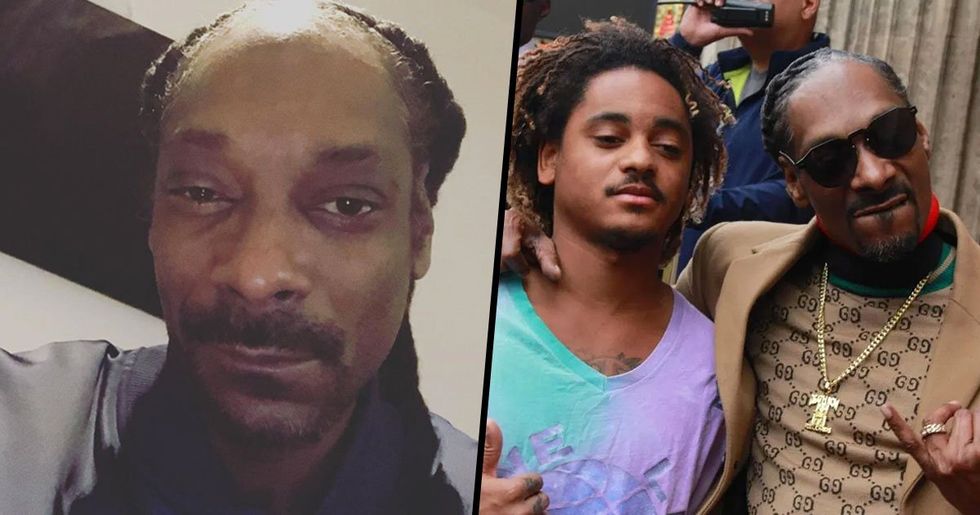 Snoop Dogg and his family are in mourning today after the tragic loss of his grandson. The infant apparently died in hospital, just ten days after his birth.

The family have been forced to do their mourning in public, with various members of the family openly grieving. We wish the family the best during the difficult time.

You'd have to be living under a rock to have never heard of Snoop Dogg.

Born in 1971, he's one of rap's biggest breakout stars - and is now known just as much for his entrepreneurial ventures and hilariously chilled personality as he is for his tunes.

He came up in the early nineties with the West Coast rap scene, first featuring on Dr. Dre's first single Deep Cover in 1992.

Perhaps his most famous single is 2004's Drop It Like It's Hot.

The hit topped the Billboard Hot 100 for three weeks, and still gets the dance floor filled to this day. With moves like this, it's hardly surprising.

Broadus' rap persona is never far from some canine associations.

According to legend, he was given his alter-ego's name by his mother, who thought he resembled Snoopy from the Peanuts cartoons. We can kind of see it!

His Twitter and Instagram are both gold-mines if you're looking for memes, self-referential jokes and anything with a little hint of weird.

Aside from dropping constant funnies, though, it's clear Snoop has a heart of gold.

In spite of early criticism of his music as misogynistic and violent, he's now well known as an activist and all around good guy.

He married his high-school sweetheart Shante Thomas in 1997. The pair split in 2004, citing irreconcilable differences, but renewed their vows in 2008.

The pair have a number of children.

And his family has grown even further.

In 2015, Snoop became a grandfather for the first time, as eldest son Corde became a father with then-girlfriend Jessica Kyzer.

And he clearly came into a family that was filled with love for the first new baby in quite a while.

In 2018, there was another new addition.

And in January, there was an exciting announcement.

Snoop's second son, Cordell, announced that this time, he was expecting, with long-term partner Phia Barragan.

It was clear the couple were very excited.

They shared the pregnancy journey on social media. This child hasn't been born yet - but we imagine Snoop is very excited.

Unfortunately, this week has seen tragedy hit the family.

Corde was also expecting, and his son was born on September 15th. But the baby, named Kai, passed away just ten days later on September 25th. The cause of death is not yet known.

The family are in mourning.

Snoop's wife shared a super-emotional video of her singing along to '70s Dells hit, "The Love We Had Stays On My Mind." We wish the whole family the very best during this incredibly difficult time.