29 Images That Will Make All Retail Workers Laugh out Loud...and Then Cry | 22 Words 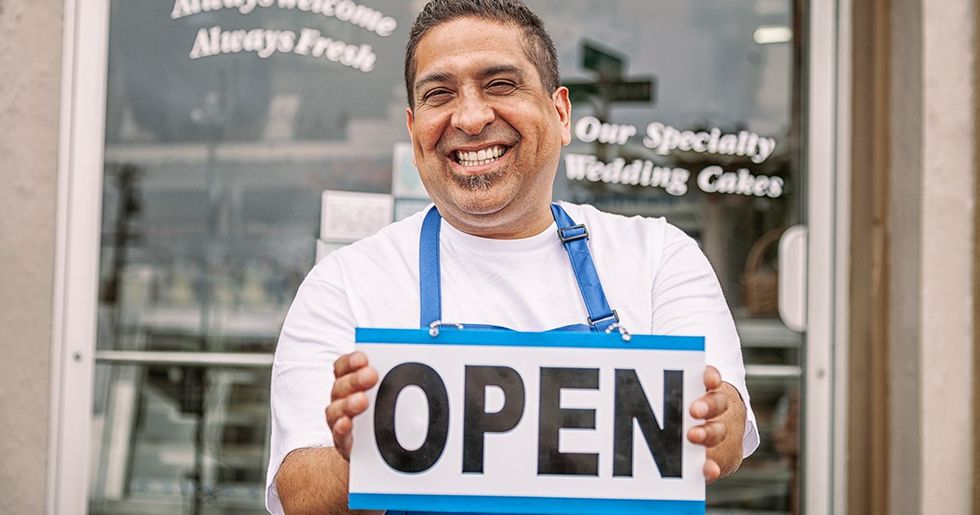 29 Images That Will Make All Retail Workers Laugh out Loud...and Then Cry

If you've never worked in retail, you should really count your blessings.

You're among the luckiest people in the world.

Especially if you've never had to deal with Black Friday.

If you have worked in retail, well, you'll understand every single one of these pictures. And you'll laugh at them. Because you have to. Because otherwise, you'd cry.

This is just amazing.

I'll tell you exactly what happened here. Nobody who works in retail is making enough money to care even a little bit about the return policy, so they just accepted this return in order to avoid having to deal with yet another angry customer.

I have a message for everyone who ever goes to a retail establishment. If you have a question, there's a pretty good chance that the answer to it is posted somewhere in said establishment. But if you do have to ask someone, actually listen to their answer.

If you've worked retail, you've probably had to do a "secret Santa" exchange with your coworkers.

I'm sure your GM probably thinks it's a great bonding opportunity or something. In reality, it's a good way to end up with a weird gift you'll never use. If you find yourself a part of the dreaded secret Santa exchange, just remember you can never go wrong with gift cards.

You must achieve the impossible.

"I want a cheese pizza with extra cheese and also zero cheese, that is both thin and thick crust. And don't forget: The customer is always right." This next picture is way too real.

"Can I speak to your manager?"

And you just know the manager is going to throw you under the bus and side with the customer. It's what they do best.

I'm the person on the right.

It would help things a bit if your store didn't start decorating for Christmas in, like, February.

Human employees? With feelings and opinions and everything? What a drag.

Here's how the math works out:

If you can resist the urge to kill long enough, congratulations! You'll soon be promoted to manager!

If only there were some way to know for sure. Perhaps a sign in the window with the open hours listed? Nah. That'd be crazy. Next up is a flyer that explains exactly what it takes to be a retail employee.

You'll hate it! With a smile!

Don't forget an oppressive, overwhelming sense of dread that consumes your every thought and deed. And a car that's always in the shop.

"Oh, you have to work on Christmas, huh? That's too bad. Anyway, I'm ready to check out now. Could you please hurry a little bit? It's a holiday, after all. I'd love to be spending time with my family instead of being stuck in this store."

If only it were possible to work retail without having to deal with customers. Alas.

We are all Squidward.

As a child, you thought that Squidward was a stodgy ol' fuddy duddy who didn't want anyone to have fun. As an adult, you've come to realize that Squidward is just a normal guy trying to live his life.

"Can you check in the back?"

But you better believe it's going to take a full five minutes to check back there. This next picture is actually pretty hilarious.

Let's spice things up a bit.

Guilt? That's nothing. Ghosts? That's something you'll want to avoid for sure.

Do whatever it takes.

No matter what, you have to hold onto your sense of humor. They'll try to beat it out of you. Don't let them.

"Oh, you mean this price tag right on the item indicates the price of said item? What a brilliant system!"

Again, there's nothing "in the back."

But I'll check it if you insist. Actually, I live for the moments I'm "checking the back."

A person may be smart but put him or her with a group of people and they suddenly become a bunch of dummies who would lose their heads if they weren't attached. Nobody knows why. This next picture might give you nightmares.

No, please, go ahead.

I actually spent a bunch of time folding in the hopes that someone like you would come along and undo all my work. It's my life's mission to do the same thing over and over again until I die.

I mean, I'll say it again. The answer you seek is probably prominently displayed somewhere.

The customer is always...

This is the most hilarious joke.

Have you ever heard a joke so funny? Let me laugh at that joke which I definitely have not heard one million times today.

Your GM is the top dog of the store... Until the DM comes to visit. This next picture pretty much sums up how you feel every day as you walk into work.

What's the point? Of any of this?! (There's that overwhelming sense of dread I mentioned earlier.)

This is really amazing and shows a great level of dedication and attention to detail. It's also a complete waste of time.

Here's another hot tip for people who visit retail establishments: Hang up the phone. Also, would it kill ya to say "please" and/or "thank you"?

Never underestimate customers' ability to completely misunderstand the most basic directions. It's a gift. And a curse. Mostly a curse.

It's that time of year!

Too. Real. Share this with someone who's also stuck in retail hell!