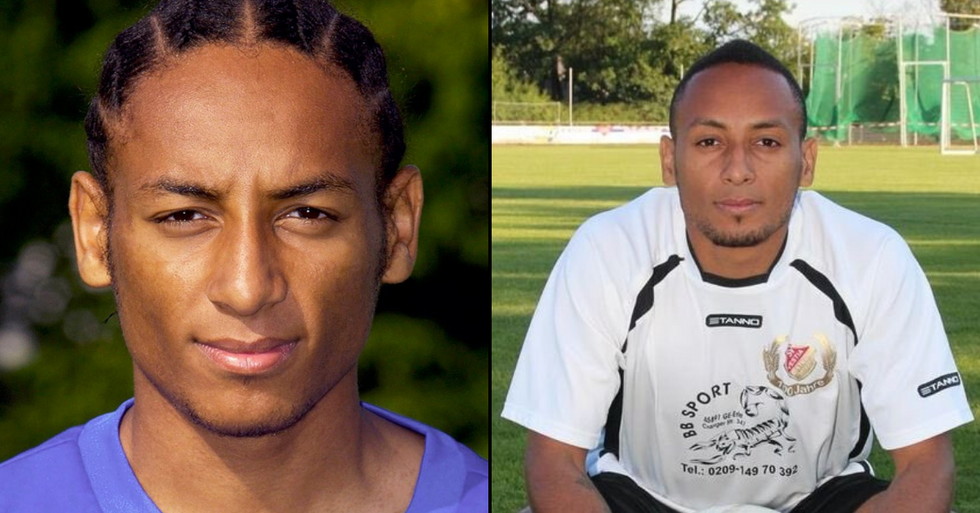 4 years after his "death," former soccer player Hiannick Kamba has been found alive and well in rather unexpected circumstances.

Keep scrolling for this mind-bending story...

And played professional soccer in Germany, where he was a promising young player for Bundesliga's FC Schalke 04.

His family was deported from Germany to Congo in 2005...

However, he was allowed to stay due to his status as a soccer star.

Kamba was declared dead following a car wreck in his native Democratic Republic of Congo.

At the time of his death, he was playing for VfB Hüls.

And played youth soccer for Schalke as well as being a teammate of current Germany national team star, Manuel Neuer.

Despite being pronounced dead...

The star made headlines this week for being, well, alive.

The news has truly shocked the nation.

It's not every day someone comes back from the dead, right?

4 years on after the accident...

It seems that Kamba has reportedly been found alive and well - and there's quite a story behind it.

The now thirty-three-year-old was found in Gelsenkirchen, Germany.

Once it was discovered he was alive, Kamba reportedly told German newspaper Bild he had been taken advantage of by his friends the day of his reported death.

The star allegedly told authorities that his "companions had left him during the night while on a trip to the interior of the Congo in January 2016 and they took his papers, money, and telephone."

According to reports, he went to the Congo's German embassy to prove he was alive in 2018.

But he didn't have enough documentation to prove his identity.

The report didn’t detail how Kamba managed to survive...

Nor did it name his "companions," but it seems there's more to the story...

In another twist in the tale, Kamba’s former wife is now being accused of fraud...

She allegedly forged documents - including a death certificate -  and collected a 6-figure life insurance payment following the star's "death." The couple share a 10-year-old child together.

"An investigation into fraud is underway at the Essen public prosecutor's office against his wife. She denies the charge," Milk explained. The identity of Kamba’s ex-wife is not known.

Kamba was found to be working as a chemical technician for an energy supply company in Germany...

Which is a far cry from the soccer pitch... We certainly didn't expect that. He is said to be unaware of his ex-wife’s alleged actions, though he will be named as a witness to the case.

According to Milk, the amount his ex-wife allegedly received "is a low seven-digit amount (in euros)."

Neither Kamba or his wife have been charged with a crime and it remains unclear if authorities believe Kamba was involved in the alleged staged crash. Another soccer star has recently hit the headlines, but for a very controversial reason. Keep scrolling for the full story...
20%