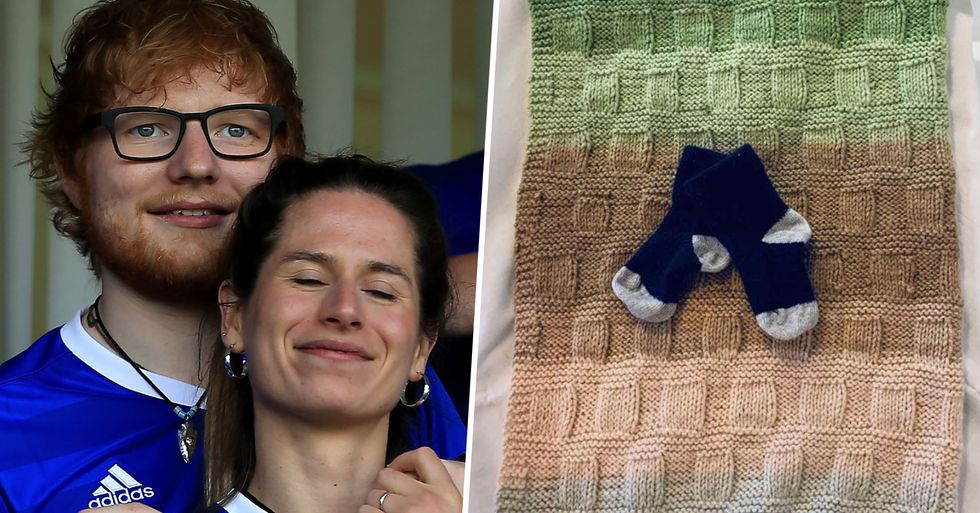 English singer and songwriter Ed Sheeran has just announced the arrival of his baby girl and even though fans are happy for Ed and his little family, many have been mocking the unusual name they have picked for her.

Keep on scrolling to find out what it is along with many other strange celebrity baby names...

We all know and love Ed Sheeran for his amazing music.

Coming from humble beginnings as a busker in the streets of London, Ed has now sold more than 150 million records worldwide.

He's best known for iconic tracks such as "Thinking of You" and "Shape of You"...

But the one thing that he isn't as best known for is his personal life.

The singer is known for keeping his personal life very private.

But back in August, reports surfaced that Ed was expecting his first child with his wife, childhood friend Cherry Seaborn.

And today, Ed announced on Instagram that he and Cherry have welcomed a healthy baby girl into the world.

Well, out of all of the strange celebrity baby names, it's certainly an unusual one to say the least! But he certainly isn't the first celeb to name their child something out of the ordinary.

Many still can't get their heads over the name! Antarctica??

Congratulations, Ed and Cherry! For more baby name blunders, and why Amy Schumer had to change her son's name, scroll on...