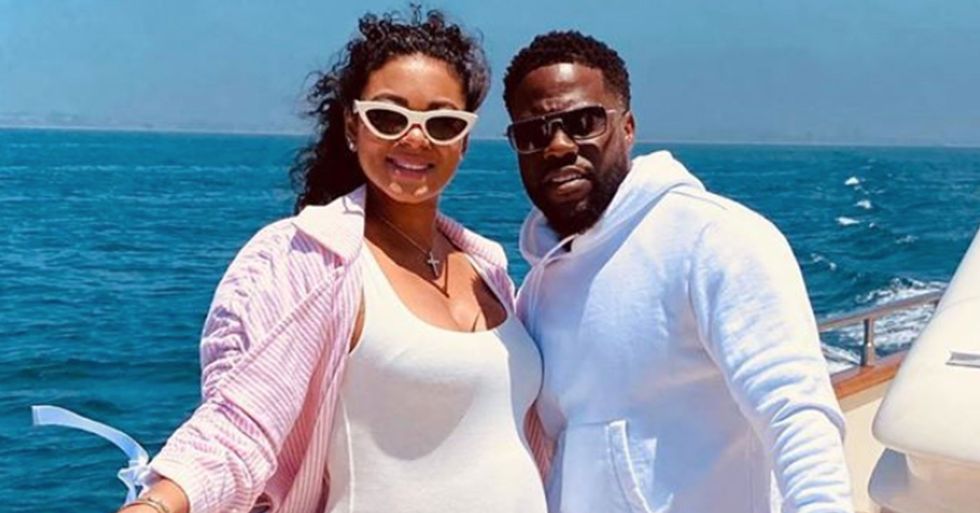 Kevin Hart and Eniko Hart have finally welcomed their baby girl into the world, but social media has been left very torn over her unusual name...

Kevin Hart and Eniko Hart have finally welcomed their baby girl into the world!

She made an appearance on the 29th of September, 2020, and despite the turmoil that Kevin and his wife have endured this year, they couldn't be happier.

The Jumanji actor and his wife already share a son together, 2-year-old Kenzo...

And he shares 2 other children with his ex-wife, fifteen-year-old daughter Heaven and twelve-year-old Hendrix.

Eniko was the one who announced the arrival of their little bundle of joy...

"Thankful... grateful... blessed. A little bit of heaven sent down to earth... Welcome to the world baby girl... We couldn’t love you more," she wrote on Instagram.

But when she announced the name that she and Kevin had picked for their little girl?

Well, people have been ruthlessly mocking the "stupid" sounding name!

It's certainly quite unusual...

But they are not the only celebs to give their baby unusual names...

The name of Kevin and Eniko Hart's baby girl! The internet is going wild over the strange name and there is a very mixed opinion...

And a lot of us are thinking of a certain Italian game character!

But others were trying to find a hidden meaning...

And they were very confused, to say the least!

Kaori Mai Hart. Congratulations, Kevin and Eniko! For more on unusual baby names, scroll on to find out what one woman called "the worst name she's ever heard" to her own sister-in-law. Yikes!