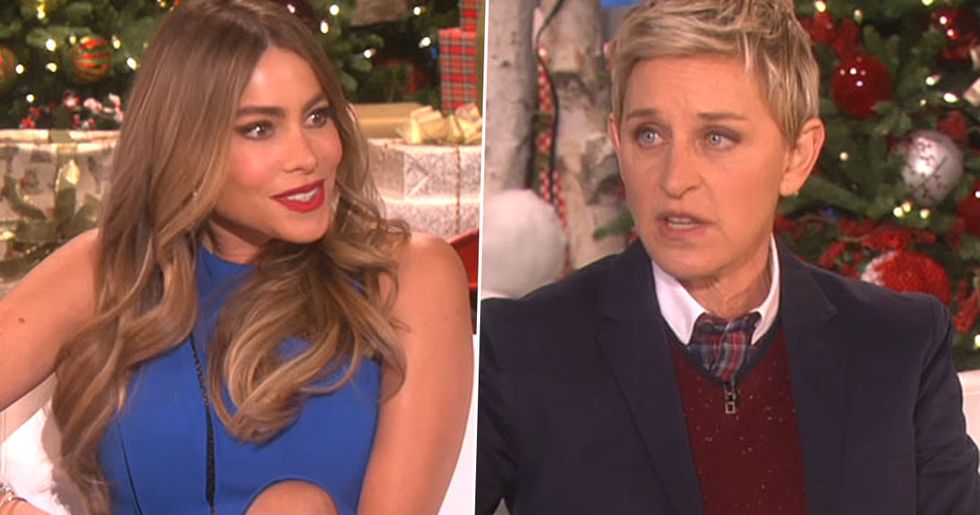 After weeks and weeks of negative press about veteran TV host Ellen DeGeneres, Sofia Vergara is now the latest celebrity to speak about her.

After footage of the Modern Family star went viral, with fans believing Ellen repeatedly mocked her, she has now spoken out, revealing what Ellen was really like.

And be warned - they make for some pretty uncomfortable viewing!

Let's start with her treatment of Sofia Vergara...

Which has appeared pretty horrific over the years.

But there's other Ellen clips too.

Which was actually one of the reasons for her decline in popularity.

She hit low-blow after low-blow.

But now Vergara has spoken out.

And the Modern Family star wants to set the record straight once and for all.

She insists she was not the butt of the joke.

While fans have slammed the clip of Vergara and Ellen, claiming that Ellen was bullying Vergara, Sofia insists it wasn't as bad as it looks.

Two comedians having fun with each other to entertain. I was never a victim guys, I was always in on the joke. https://t.co/mjUjPNRHlb
— Sofia Vergara (@Sofia Vergara)1598035543.0

In a tweet, Vergara wrote that it was just two comedians entertaining one another.

Two comedians having fun with each other to entertain. I was never the victim guys, I was always in on the joke.

But Ellen still has a lot of redeeming to do.

And despite Vergara's statement, it certainly looks like things are still exceptionally bad for Ellen DeGeneres.

Can Ellen ever recover from this?