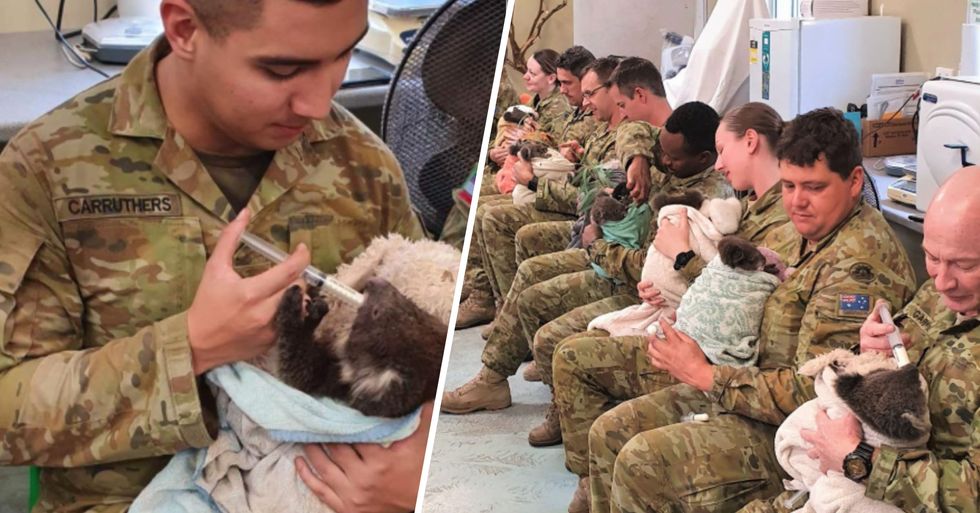 Over a billion animals have sadly perished from the horrendous conditions, and despite this month's good news of rain, millions of animals continue to suffer.

People have been doing everything they can to help, and the soldiers battling the fires have now even dedicated their time to helping lost koala bears.

There have been fires reported in every state, but New South Wales has truly taken a beating by bush fires and it is undoubtedly the hardest hit. To put things into perspective, more than 5,900 homes and buildings have been destroyed.

NSW declared a state of emergency in December....

Firefighters all over the country have been tirelessly battling the formidable blazes and many are still struggling to contain them.

Including the U.S. and New Zealand, who have been continuously sending in firefighters to try and help tackles the blazes.

The country is totally unprepared for the devastation caused to its wildlife. Science for Wildlife executive director Dr. Kellie Leigh told the New South Wales upper house inquiry, "We're getting a lot of lessons out of this and it's just showing how unprepared we are."
"There's no procedures or protocols in place - even wildlife carers don't have protocols for when they can go in after fire."

A billion animals have now died.

Ecologist Chris Dickman has estimated more than a billion animals have died around the country.

Australia's wildlife has been left without a home...

And despite this week's good news of a rainstorm spreading across the country, animals are still continuing to suffer.

Australia's amazing community has been working tirelessly to help the unfortunate animals...

Including the likes of the Irwin family, people have selflessly been dedicating their time and effort to animals in need.

The Australian Army has been working tirelessly since the fires started...

And this means that the majority of soldiers have been working around the clock to tackle the unstoppable blazes and to try and repair communities as much as they can.

And they made a pit stop at Cleland Wildlife Park which is situated on the edge of Adelaide.

They decided to check up on the injured koala bears...

And they spent quite some time feeding and cuddling the orphaned koalas who are currently taking refuge at Cleland.

The unfortunate koalas feed from syringes...

And the soldiers took extra care to ensure the koala bears got the love and care that they so desperately needed.

The soldiers happily used their spare time to help the animals...

"They've been using their rest periods to lend a helping hand," pictures of the encounter were captioned on Facebook.

This is a prime example of the amazing people continuing to help Australia in this desperate time of need...

And we continue to hope and pray for the country amidst the terrible conditions.