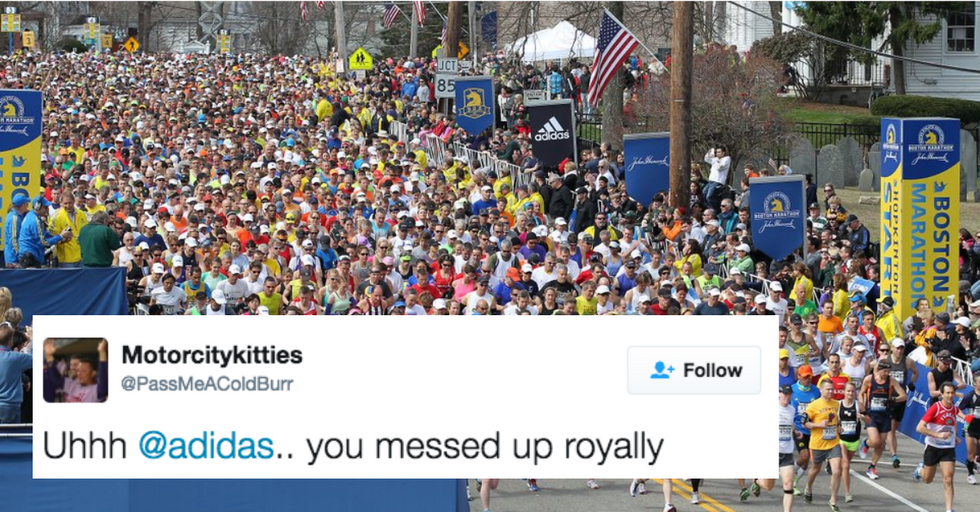 It feels like companies are trying to screw up their public image these days. Guys, all we ask for is a little proofreading.

All the hubbub started with an email sent out by Adidas with a subject line that read, "Congrats, you survived the Boston Marathon!"

Let that sink in for a second. Yep, Adidas congratulated people for surviving an event that only four years ago was the site of a brutal and horrific terrorist attack that has been imprinted on the minds of Americans ever since. Seems like some simple proofreading could have helped avoid this serious faux pas, right?

Suffice it to say, Twitter didn't let them off easy.

Luckily, by Tuesday afternoon Adidas had released a public apology for the "insensitive subject line." They backpedaled with a statement about their reverence for the Boston Marathon and what it represents.

So, kids, what did we learn today? The Internet remembers and it won't hesitate to pounce when provoked. Also, always publically apologize.