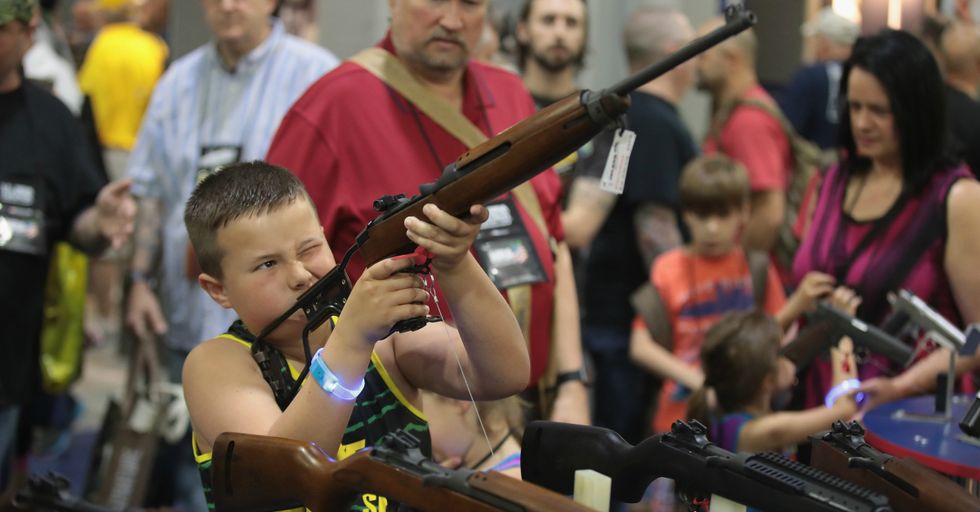 Remember that crazy NRA ad? The one that basically advocated civil war against Trump protestors, calling for "the clenched fist of truth" to fight the "violence of lies?" Well, it just got an update.

The Shadow Cabinet, a think tank of 19 policy experts dedicated to debunking the Trump administration, recently re-edited it. The results are... well, you just have to see for yourself.

With a concise 55-minute runtime, the ad turns the NRA's original hateful message on its head, and pokes fun at Trump, the man the NRA originally created the ad for, while celebrating Obama's legacy.

Using clever wordplay and editing, the ad shows that everything the NRA feared has come to pass – only it was all done by the person the organization supported in the first place. Now, instead of castigating anti-Trump protestors, the NRA spokeswoman turns her steely gaze to condemn the "ruthless attack on a president [Obama] and the people who voted for him, and the free system that allowed it to happen... Their hateful defiance of his legitimacy is an insult to each of us. But the ultimate insult is that they think we're so stupid, they'll get away with it." Cut to a grinning Trump saying, "Trust me, I'm, like, a smart person." The ad then goes on to throw several clever jibes at the Trump administration, all the while driving home the fact that everything the NRA feared is already happening. Only it's happening because of Trump. Anyway, don't take our word for it. See for yourself above.