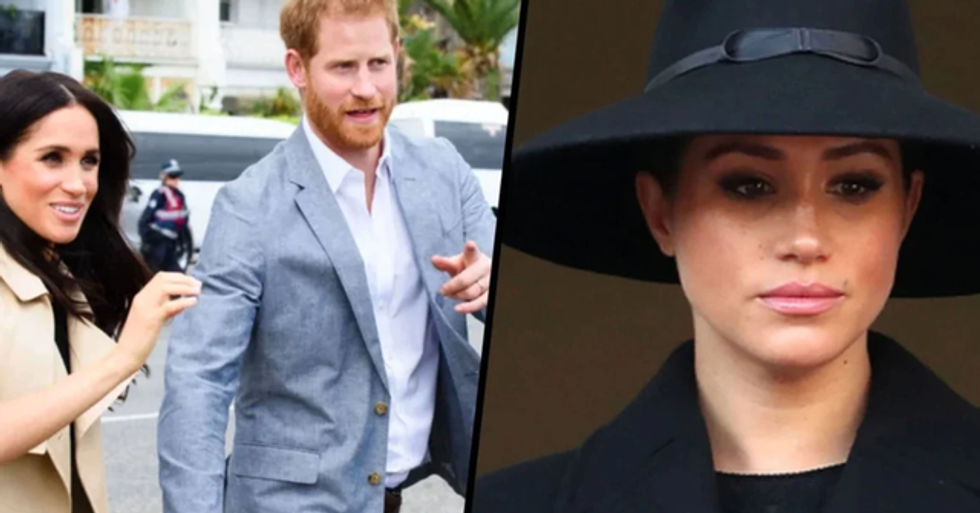 After launching their new non-profit foundation, Archewell, Meghan and Harry have found themselves as victims to vicious internet trolls, who hacked their new website with the most disgusting insult to Meghan.

Keep scrolling to see their crude and blatant attack...

Because of the ongoing medical pandemic, the official launch of Archewell has been postponed...

But the pair have been working hard on getting the foundation's official website up and running.

But someone has put a sudden halt to their plans.

Their website was this week hijacked by an internet troll who is now using the page to send an awful and cruel message to Meghan.

Not familiar with the track? Well, here it is. According to TMZ, someone set up a redirect on archewellfoundation.com, which instead took visitors to the video for "Gold Digger."

This was a crude, and pretty obvious dig at Meghan.

Whoever had hacked the site had clearly wanted to tell the world that Meghan is a "gold digger"... Despite the fact, she was a successful and financially stable woman in her own right before she met Harry.

It's a complete low blow.

Especially considering that the website is supposed to be for a non-profit foundation for well being, happiness, and mental health awareness. Not cool.

The redirect has now been removed.

Let's just hope Archewell can move forward without any more vicious swipes by internet trolls. For more on how Meghan and Harry are coping throughout the medical pandemic, keep scrolling...