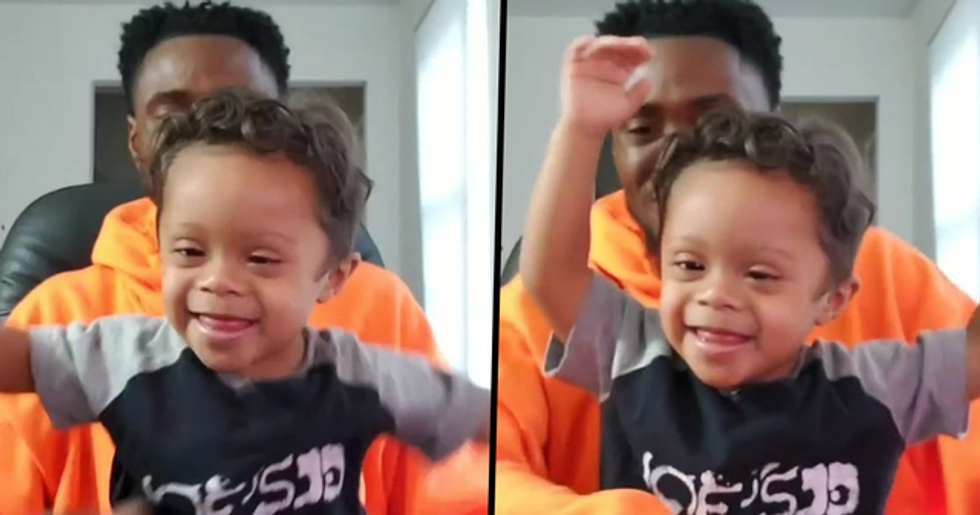 Cancer is a devastating and cruel disease that claims the lives of hundreds of thousands of Americans every year. And, despite the millions of dollars that we have thrown into finding a cure for the deadly disease, we're still no closer ending cancer than we were all those years ago.

Because of this, the United States has the fifth-highest cancer rate in the world.

So, in the current climate, it's nice to hear the success stories of people beating the disease.

And one dad has gone viral for that exact reason - after he shared the most heartwarming video to celebrate his young son being cancer-free for eleven months. Keep scrolling to hear the family's story, and to watch the heartwarming video.

The disease is having devastating consequences on families all over the country...

And Kristian Thomas is one of those stories.

What exactly is leukemia?

Leukemia is a cancer of the blood and stem cells, and primarily affects children. The American Cancer Society estimates that there will be around 60,300 new cases of leukemia in the United States in 2018, resulting in a devastating 24,370 deaths.

And Kristian was determined to be one of the survivors.

The leukemia was caught early so, despite the devastating diagnosis, his chances were looking good.

And his Dad, Kenny, was determined to be by his son's side...

Every step of the way.

And he came up with the best idea...

To distract his son during the gruelling rounds of chemotherapy, Kenny would throw all sorts of dance moves to a variety of different songs.

He started posting regular videos of him and Kenny in the hospital...

Kenny, who is a dancer by trade, would continuously dance by his son's bedside in a means of putting a smile on his face. Speaking to Good Morning America at the time, the dance teacher said music is ‘therapeutic’ for Kristian, ABC News reports. "He’s always calm when music is on and when someone is dancing. He’s always in the studio with me and is always seeing me dance. He is a bundle of joy and a ball of fire who is truly inspiring."

And, taking just after his Dad...

Kristian would always join in, waving his arms in the air and bobbing his head up and down... Despite his illness.

Their dance moves were simply adorable...

And, as a result, the father-son-duo quickly gained popularity.

But the news they were all waiting for came in November 2018...

After a 5 month battle, Kristian was officially cancer-free!

His family was visibly overjoyed...

And, taking to his Instagram account, Kenny wrote, "Took 149 Days but we got the job done...Now time to start the Post Cancer Journey...Helping and Encouraging other families and people across the world."

Since been given the all clear, Kristian has been going from strength to strength...

And has been living and loving life, just like any regular toddler should be doing.

He recently passed a milestone...

And, to celebrate, Kenny and Kristian did what they do best...

In the video, the pair seem elated...

And they are both beaming and clapping as they dance around. Kenny captioned the video with, "Father-Son chemistry - 11 Months Cancer Free!! If we can do it you can do it!! Live Free!!"

You can watch their celebratory video here.

What an inspiring family... Kristian, you're a legend!