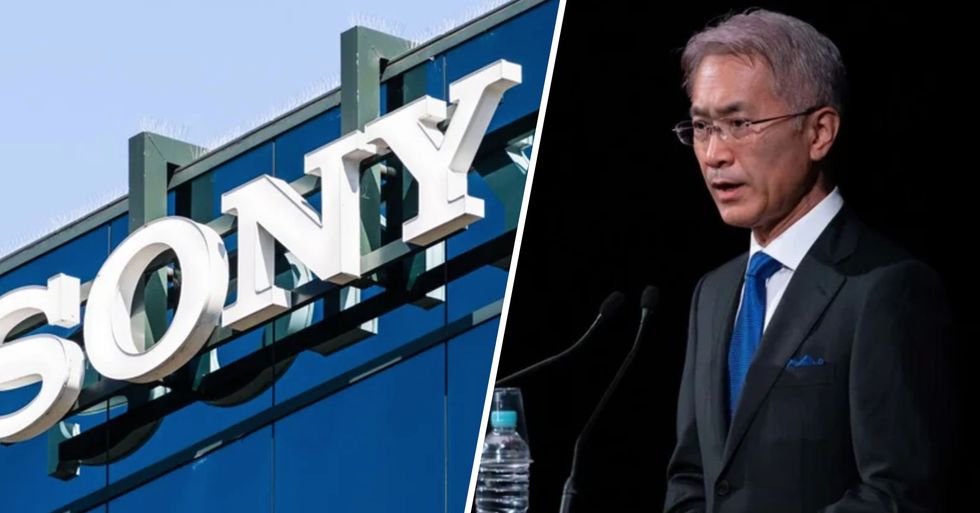 Amid the coronavirus outbreak, there have been some incredible acts of kindness. From celebrity donations to people offering to do the grocery shopping for those who are vulnerable, people have really been going above and beyond to help in any way they can.

And now, the latest move comes from Sony, who has announced a global relief fund.

Keep scrolling to find out the key 3 areas the money will be spent on...

In response to the coronavirus pandemic, there have been some heartwarming acts of kindness across the globe.

So, before we get into Robert Kraft's gesture, let's have a look at some of the amazing things people have been doing to help.

Let's kick off with donations.

Several celebrities have been donating money to coronavirus relief efforts to try and help find a cure for the virus.

But, of course, that wasn't all. The fashion brand also announced that it is also preparing to produce medical-grade protective materials such as gowns and masks for frontline healthcare workers. WWD reports that the brand is working with its U.S. team to create 25,000 isolation gowns and 250,000 masks.

Even Kylie Jenner has also done her bit to help.

Kylie Jenner donated the sum of $1 million dollars to help fight coronavirus. Her money will go towards providing face masks and other essential equipment.

A couple neighbors in Nebraska are delivering free creativity bags to the doorsteps of kids stuck at home.… https://t.co/7PhzEHsTQs
— GoFundMe (@GoFundMe)1584659706.0

"We delivered two dozen creativity bags before our Facebook post exploded. Now we have 700+ requests and cannot continue to self-fund. These bags are designed for low-income families with kids between 4 - 11 years old. They include activity books, crayons, pencils, pipe cleaners, construction paper, play-doh, stickers, and more. Each bag has a variety of items to keep your kids engaged," their page reads.

The latest move in a bid to tackle the virus comes from Sony.

The studio, who have just announced that they are pushing back all of their summer 2020 projects to next year, have revealed what they are doing to help those affected by the virus.

The company has announced a global relief fund...

The fund was announced via a press release today.

"Sony extends its condolences to the families of those who have passed away as a result of the COVID-19 crisis, and extends its sympathies to all those who have been impacted," Kenichiro Yoshida, President, and CEO of Sony Corporation, said in the press release.

What exactly will the money be spent on?

Well, the company says that the newly announced fund is aiming to help those involved in frontline medical and first responder efforts fight the spread of the deadly virus.

1. Assistance for first responders engaged in frontline medical & other efforts to fight the virus 2. Support for c… https://t.co/iczwCOugxY
— Sony (@Sony)1585838702.0

The money will also go to supporting kids and educators now working from home, as well as providing relief for creators and others in the entertainment industry.

The company expanded more on this through their statement today.

"In order to overcome the unprecedented challenges that as a society we now face around the world, we will do all we can as a global company to support the individuals on the frontlines of the battle against COVID-19, the children who are our future, and those who have been impacted in the creative community," it read.

"Sony will seek ways to support up-and-coming creators, artists and all those in professions supporting the industry, who have been impacted by the cancellation or postponement of concerts and live events, or the shutting down of film and television productions."

According to the press release, the first to benefit from the fund will be $10 million donations to the COVID-19 Solidarity Response Fund for the World Health Organization.

A matching gift program for company employees -  roughly at 110,000 worldwide - has also been launched today.

This is an amazing gesture.