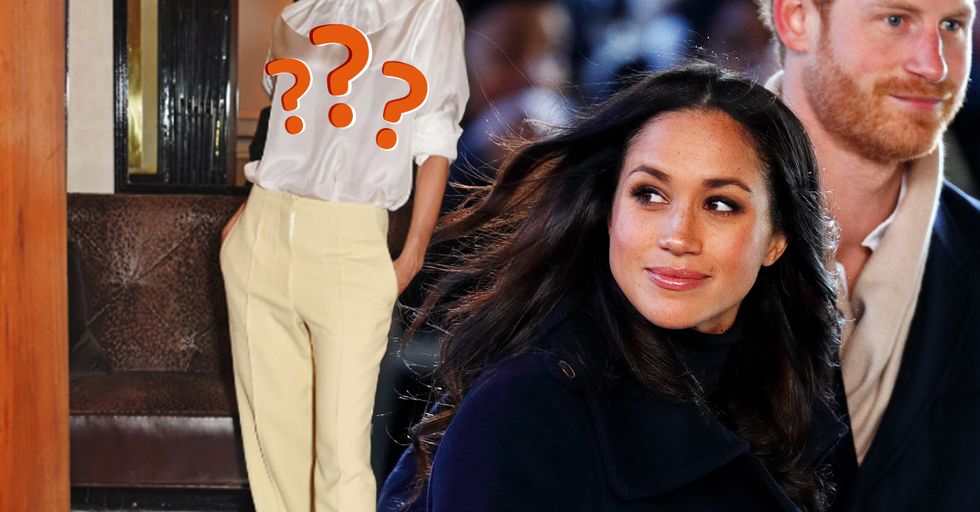 Meghan Markle is living an actual fairytale. Not only is she engaged to Prince Harry, but she even has J.K. Rowling defending her. Being a princess is a great and all, but when J.K. Rowling has your back, you know you've made it.

Markle is no stranger to the spotlight, seeing as she was a lead on the hit television series Suits for the better part of the last decade. But when you become engaged to royalty, you're bound to make some new, very famous friends.

Meghan Markle is no stranger to headlines and famous social circles.

Especially since she's about to get hitched to everyone's favorite ginger, Prince Harry.

She's truly the people's princess (or duchess, if you're being exact about it).

Look at her here!

Ever stylish, yet humble, Meghan continues to win hearts worldwide.

"The closest I will ever come to channeling @Beyonce," reads her adorable caption.

Here she is with The Internet's Boyfriend, Canadian Prime Minster, Justin Trudeau.

Here she is with good friend and fellow actress, Priyanka Chopra.

But this isn't the BFF we're talking about. Meghan has a brand new, fancy UK best friend who is helping her seamlessly merge into British high society. Can you guess who it is? We bet you can't...

It's none other than Posh Spice!

Do you need a moment to contain your excitement? Because we do. According to The Daily Beast, Markle's new bestie is none other than Victoria Beckham. O.M.G. Excuse us while we fangirl ourselves to death.

To be fair, it's actually not THAT surprising, considering David Beckham and the princes are already good friends!

Because if you're beautiful and you're British, why wouldn't you be friends? It only makes sense when you think about it, and we're totally here for this friendship.

Evidently, the two formed a friendship after bonding over some beauty tips.

Hey, if Posh Spice is giving you beauty tips, you take it. You also listen to her, because the woman does not age.

Obviously Beckham is passionate about all things beauty and fashion since she's made her name a staple of the industry.

She decided to give Markle a list of exclusive beauty salons for her to visit. Ummm, how do mere peasants get ahold of this list?

The two women have built their friendship on the most solid foundation of them all: conversations surrounding facials and blow-outs.

This friendship sounds wonderful and we wish we were part of it. Of course, they're not just exchanging beauty info. Beckham has been really helpful in introducing Markle to friends in London.

Since the Beckhams and the royals are super close, we have to wonder if perhaps Markle will turn to Posh for wedding day advice?

Maybe David will even be Harry's best man? Will there be a Spice Girls reunion at the reception? Okay, we're getting ahead of ourselves here, but we can dream.

Even though Markle's engagement and new life seems like heaven, there's no mistaking that it's a tough transition.

We can't imagine what it must be like to have your entire life flipped upside down. Luckily, Markle seems to be taking the changes with elegance and grace as any future royal would.

Not to mention having Posh Spice as your pal seems pretty dang great.

According to the report, the two are growing close and texting. Beckham recently recommended London's most sought-after facialist Sarah Chapman. FYI, she charges over $800 for a 90 minute treatment. Oh the lives of the rich and famous!

And we're definitely excited to see what Victoria Beckham wears to the wedding. You know whatever it is, it's going to be fabulous. We'll just be over here, thanking the universe for these two new besties.