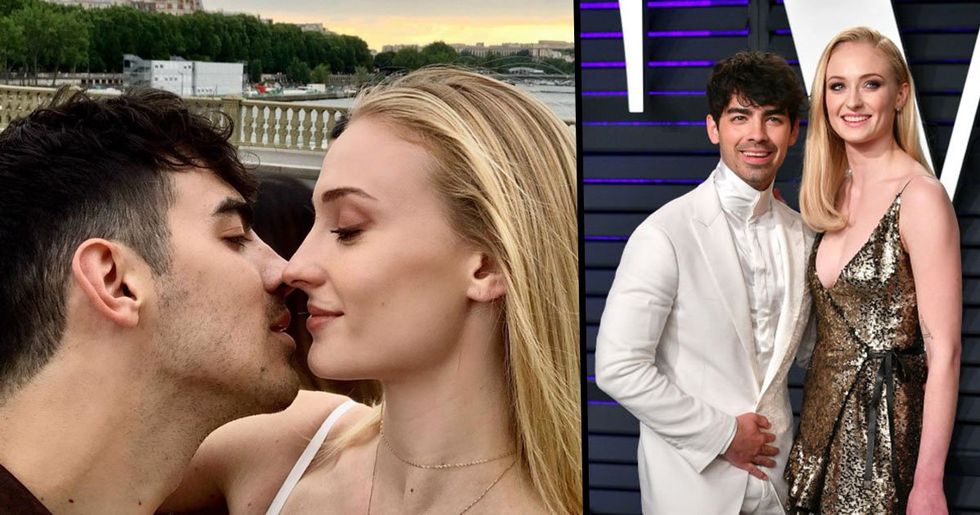 When Game of Thrones actress, Sophie Turner, and Jonas Bro, Joe Jonas got together in 2016, who could have predicted that this fairytale romance would lead to not one wedding, but two?!

This pair of lovebirds are not ones to shy away from declaring their undying love for one another, and, today, the internet was gifted with some adorable wedding photos from their private collection.

You guys sure know how to keep the public happy.

Let's take a moment to appreciate one of America's most loved-up young couples and remember how it all began.

Rumors started circulating that Sophie and Joe might be a thing on November 5th, 2016 at the EMAs.

Joe Jonas and Sophie Turner were spotted arm in arm at the MTV EMA's, leading to much speculation as to whether the two stars were getting it on.

Before meeting Joe, Turner had a relationship with The Vamps lead guitarist, James McVay. The relationship was reportedly a brief one that took place during the summer of 2014. McVay took to Twitter at the time to share a photo of the pair and to flirt with the Game of Thrones star.

Taking to Instagram, both Joe and Sophie have shared the first of their official wedding photos. What a beautiful pair, eh! I'm sure that this is the first of many beautiful photos that we can expect from this talented duo.