'Soul', a Pixar Movie About Death, Gets Teaser and it's Already Heartbreaking | 22 Words 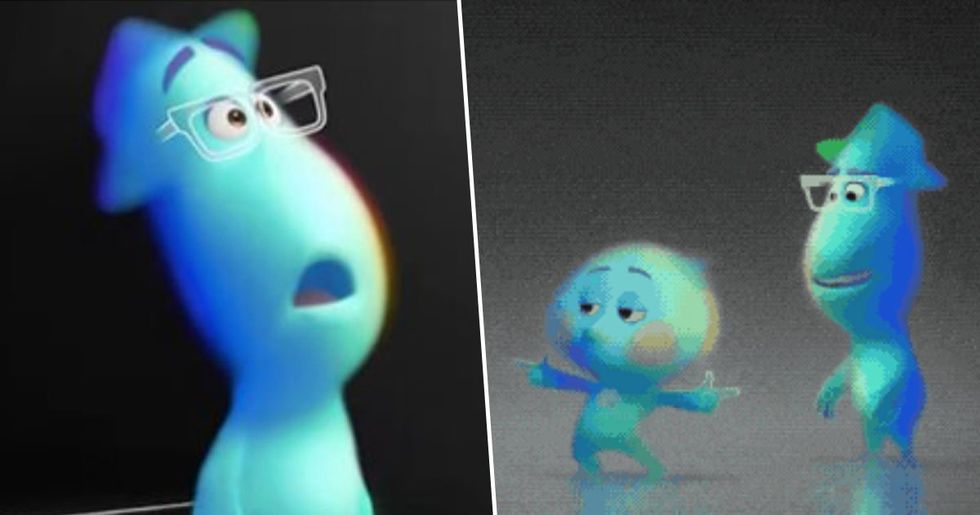 'Soul', a Pixar Movie About Death, Gets Teaser and it's Already Heartbreaking

But one of the stand-outs from the event came courtesy of Pixar - who unveiled its new movie, Soul, which is certainly set to be a real tear-jerker as it's literally about dying. The first teaser trailer for the animated movie has just dropped and it's one of the saddest things we've ever seen (yes, even sadder than when Bing-Bong fades away in Inside Out).

Get your tissues at the ready, it's about to get very emotional...

Disney's D23 Expo ran from August 23-25 and was host to an array of exciting announcements.

The bi-annual event is a major date in every Disney fanatic's calendar.

The 3-day event was jam-packed with tantalizing sneak peeks, previews, and teasers.

During the event, fans learned about what they can expect from the studio in the up and coming months.

There was truly something for everyone.

But one of the movies that stood out the most was Pixar's new animated film, Soul...

Mainly because it looks so damn heartbreaking.

As in, this may be the saddest thing we've seen since that Inside Out scene...

The movie centers on the theme of death.

The movie follows Joe (Jamie Foxx), a middle school band teacher who dreams of playing jazz music in a New York club. But, things take a turn when he loses his passion for music.

An unfortunate misstep finds Joe at back at the "You Seminar"...

You're probably wondering what the hell the You Seminar is, right? Well, in the movie, it's the place where we all get our souls.

While attending the "You Seminar," Joe meets an infant soul named 22...

Voiced by Tina Fey, 22 is on the journey of trying to find herself.

With the help of 22, Joe attempts to find his way back to his body.

If the teaser trailer (which has just dropped) is anything to go by, it looks like we're in for a real tear-jerker with this one.

While the plot is no doubt tragic, it's certainly an interesting premise.

A whole film centering around death? Sounds fairly bleak, but we're guessing they'll be some kind of important hidden message illustrated through the movie.

We also have to take a moment to appreciate how insane the animation looks...

Pixar have truly outdone themselves, which we didn't even realize that was possible.

Fans took to Twitter to point out how tragic the premise of the movie is.

But, no matter how heartbreaking Soul seems, you bet we'll be flocking to theatres to watch!

Since the teaser dropped, people are intrigued to see what's in store.

Details have been pretty scarce, so we're eager to find out more about what the plot will entail in the lead up to its debut next year.

Even though we've only had a small taste of what is to come.

Soul will be hitting theatres on June 19, 2020.  Speaking of Disney, the Hollywood studio has just announced that a Hocus Pocus sequel is in the works and the original cast are set to reprise their iconic roles. Keep scrolling to learn more...