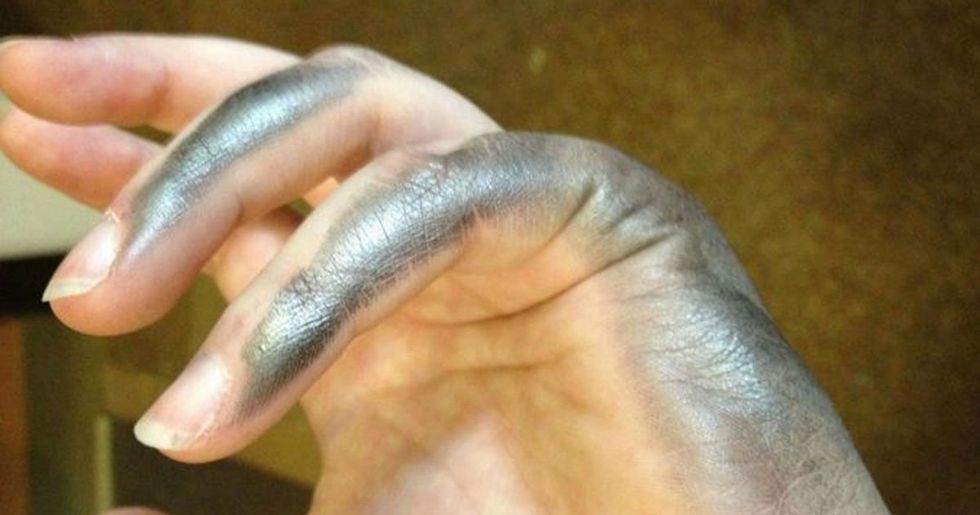 Life can be tough, no matter who you are. But there's one group of people who have to face a whole extra bunch of problems that most of us never have to think about. Imagine if the whole world was built for people who are your direct opposite. Well, for all the left-handed people out there, this is a reality - and life can be tougher than you might think.

Let's start with a classic, shall we? What for most people is a handy tool, for a leftie, becomes something of a torture device.

Walking into a classroom filled with these is enough to reduce a left-handed person to tears.

If you've ever tried to use one of these bad boys with your left hand, you'll quickly learn everything is wiped away almost as soon as it's written.

Want to enjoy reading a funny saying or appreciating a cute design while you enjoy your morning cup of Joe? If you're left-handed, you're going to have to go to a specialist store.

Want to know how long something is? Well, you should be so lucky, because it'll be upside down.

This gets exponentially worse if you're playing against your right-handed (and therefore right-thumbed) pals.

Yet again, something which makes right-handers' lives easier causes unimaginable pain for the lefties.

It's almost as if banks don't want leftie's details and signatures.

Sure, mess with left-handers' use of stationery - but stopping them from enjoying a scoop of ice cream is surely going too far!

Want to write with something with a sleek and minimal design? Bad luck - you get these weird squiggly guys instead!

Trying to attempt one of these as a left-handed person is an exercise in futility - and in ink smudging.

Can you say "ouch"? Writing in one of these means also creating deep and painful indentations on your beloved left hand.

"Are you left-handed?" Duh. What could have given it away?

"Wow, did you know being left-handed means you're so much better at using logic to solve problems??"

Why does the swiping section always have to be to the right of the machine? Discrimination, that's why.

If the fact that you can't swipe your card wasn't bad enough, how about the fact that playing cards are specifically designed to be fanned out in the right hand? Infuriating stuff.

Sure, it's not something that most of us face every day - but, still, getting hit in the face in this manner looks like the opposite of fun.

Ever been writing and watched your pen fall apart as the base unscrews? Congratulations - you're probably a leftie.

Even right-handed people hate these, but they become exponentially more irritating for a leftie.

The experience of meeting another left-handed person can really be a big deal!

If you're a leftie who's ever had to share a desk at work or school, you'll know that writing next to a right-handed person brings a unique sort of misery.

Trying to find one which suits your specific needs is harder than making any catch.

We're pretty sure that this one is a conspiracy to make life just that bit more difficult for lefties.

The dreaded silver hand is a well-known leftie problem - and the fact that it looks kinda cool doesn't make up for what a pain it is.

According to certain studies, left-handed people die earlier. Probably as a result of all this stress.

Want to turn a page on your Kindle? You're going to have to let go and reach over the page if you're using your left hand.

It's almost as if the whole car is built for someone with your exact opposite bodily needs.

"My boyfriend made me a coffee and delivered it saying ‘if only you were right-handed; you would get a love heart. But you’re not so instead you get a ball sac.'"

Maybe it's genetics. Or maybe it's because you've had to live your whole life in a world which requires you to think innovatively. But, either way, being a leftie means you're likely to be smarter than a right-handed person, apparently!