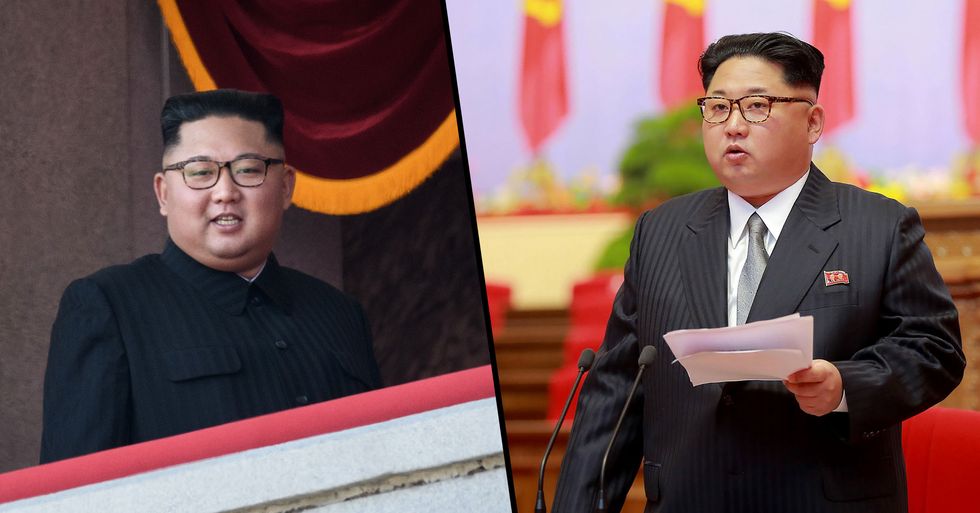 According to reports, Kim Jong Un, the leader of North Korea has died aged thirty-six.

After rumors about his health started circling around social media, it has been reported that he has passed away but there are several conflicting reports coming from South Korea who have now claimed they know what happened to the dictator.

Keep scrolling to see all the newly released evidence we have on this breaking news story...

This is probably one of the world's biggest mysteries right now...

What the hell as happened to Kim Jong Un? Read on for all the details.

Although unconfirmed, reports have been circulating that Kim Jong Un has passed away.

Someone let the news slip on social media...

A photograph of the leader "dead" in a glass box also went viral after the news...

The image was credited to the Japanese news network JNN.

But upon further speculation... it seemed to be fake.

It bears a close resemblance to a picture from his dad Kim Jong-Il's funeral in 2011. It has the same angle, same pillow, and identical flower arrangements, which of course, raises questions over whether the image is fake and has been photoshopped.

A North Korean newspaper also claimed that he had been sending hand-written letters...

In a valiant attempt to keep their dictator’s legacy alive, a North Korean state-run newspaper has claimed that Jong Un has actually been writing and sending out “thank-you" letters to citizens and workers all across the country.

But now, multiple other governments have denied the claims.

Obviously, we expected North Koreans to have condemned the rumors, but now South Korea is also saying the same thing.

At first, they said this:

The story is pretty confusing now.

But after further pressure from other officials, they have been forced to speak out again...

And they have claimed that they know where the leader is and the condition of his health.

Bloomberg News reported that the Unification Minister Kim Yeon-chul: “The government is aware of Kim Jong Un’s location," he said this without elaborating further.

He also said this, according to a different Reuters report:

"It is true that he had never missed the anniversary for Kim Il Sung’s birthday since he took power, but many anniversary events including celebrations and a banquet had been canceled because of virus concerns."

There has still been no official word from North Korea declaring Kim Jong Un as dead, and so the status of his health remains unclear. This is a developing story. Further updates to follow.