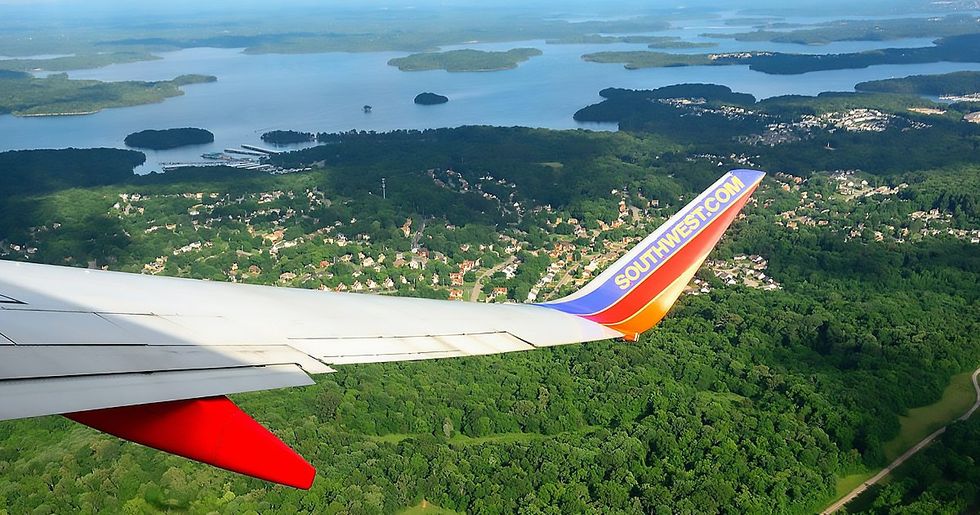 Southwest Has $49 Tickets to Hawaii on Its New Route

Is anyone else very ready for summer? With this wild winter, full of record amounts of snowfall and absolutely freezing temperatures, we are in need of a summer vacation like yesterday.

Southwest Airlines has been flirting with the idea of flying its guests straight to Hawaii and now all these dreams are finally coming true and the timing couldn't be better. Everyone was very excited about the initial idea of flying to the beautiful islands on one of the top competing airlines but little did they know, Southwest was about to blow their minds with an incredibly affordable deal.

Get out your credit cards because we are about to sweep you off your feet with a vacation that won't break your bank. Southwest announced that they are selling tickets for only $49 to get to Hawaii and everyone is losing their minds. Consider this the sign you've been waiting for to go on that vacation you've been dying to go on.

Anyone else utterly exhausted?

This year has been pretty stressful for everyone and it's not just because of all the Kardashian drama.

We need summer to get here ASAP.

There's just too much going on for us to really feel relaxed and not even Netflix feels like vacation enough.

Looking for a getaway?

We all need a break every now and then to escape from our everyday stressful lives.

But vacations are expensive.

Expenses stack up high when you go on vacation and it's hard to have a "treat yo' self" attitude when your bank account does not feel the same way.

It's the hard truth.

Sometimes the idea of a vacation is already so stressful because you're just not sure how to afford it all.

But we all deserve a vacation!

For crying out loud, I need a beach and a margarita ASAP.

Southwest wants to upgrade your life.

One of the most popular airlines is always trying to one-up themselves and give their customers the best flight service ever, and they just about outdid themselves this time.

They know their audience.

They hear our cries and they are so in tune with what their customers want, and in tune with pop culture references, too.

Southwest announced its long-awaited flight to Hawaii and the internet communally celebrated this sweet deal.

The airline announced in 2017 its plans to have new routes coming from major cities in the continental U.S. to make its way to the islands.

The process took some time.

In order for their plans to be approved, Southwest had to submit it to the Federal Aviation Administration. The process, they announced, could take up to two years.

But everyone waited patiently.

You heard that right. We’re thrilled to share our intention to bring our world-famous hospitality and value to the… https://t.co/p1lxnABPBB
— Southwest Airlines (@Southwest Airlines)1507777978.0

They clued their customers in on their new travel routes so that way when everything passed, people would have their cards out ready to book their tickets.

Ask and you shall receive!

They are giving people what they want!

We stan for a supportive airline.

Southwest was almost more excited than we were when they announced this new deal.

The prices are the best part.

Usually, people fear the price the most, but Southwest just keeps giving us what we want. When they announced how much they were going to charge, it really sent us over the edge.

For only $49, you could be sticking your feet in crystal clear water.

Southwest announced that for as low as $49, you could fly from a major city, like Oakland, CA, to the beautiful islands of Hawaii.

Me, waving goodbye to all my responsibilities.

Me, also waving hello to the beautiful beaches of Hawaii knowing that this vacation is not going to break my bank.

Our low fares already have thousands of you booked on new service to the islands of Hawaii! The lowest launch fares… https://t.co/mMUp7TJEh2
— Southwest Airlines (@Southwest Airlines)1551729679.0

Everyone jumped on this opportunity because they know a good deal when they see one. Those $49 tickets sold out quickly, but other fares were still pretty low.

This customer saved $2,000 on her ticket to the islands. Southwest loves to celebrate their happy customers!

I am very ready to head to the beach.

With these prices, you'd be crazy to pass up the chance to live your best island life!

It's truly a dream come true.

It's an exciting time for customers and especially those who are always trying to find the best deal.

It's fair to be suspicious of this deal because it sounds almost too good to be true. Would Southwest ever lie to us?

They're telling the truth, but...

They really were selling one-way tickets to Hawaii for $49, but it was only from certain cities on the west coast.

California is highly favored because only the only cities who were scoring these deals were San Jose and Oakland, and boy did they go fast.

California does know how to party.

Southwest plans on adding other cities to their low-fare Hawaiian flights. San Diego and Sacramento, you're next on the list.

How does this stack up to other airlines?

Are other airlines going to be matching these prices? Southwest loves to start new trends so others are curious how competitive these prices really are.

You'll be saving a whole lot of cash.

Prices have already gone up for Southwest, showing one-way tickets now going for $99, but even at their higher prices, other airlines still can't compete. For a one way ticket from Hawaiian Airlines, it would cost around $219, according to CNBC.

Eventually, these deals will make it out to other cities.

A common response from Southwest customers was questioning when these deals will be available to other cities and Southwest responded saying we just need to be patient.

You need to move fast!

Prices are already changing but Southwest is encouraging their customers to keep searching for flights because, at the end of the day, they are probably going to have the best deals.

If you're going full on vacation mode and are looking to go from island to island, Southwest has a sweet deal for you, too.

Guess what? It's wildly affordable.

Starting in April, Southwest is offering tickets between Honolulu and Kona with fares starting at just $29. I know, it's almost too much to handle right now.

Catch me on the next flight.

Everyone is quite excited over this news, I mean who wouldn't be?!

Call all your friends!

@SouthwestAir Just booked round trip for 8 people with points for my wedding. Perfect timing 👌
— MysticMase (@MysticMase)1551722450.0

This is the deal of the century. Now we all have a real reason to head to the islands.

Southwest loves happy customers and we love a good deal! No one is mad about this announcement.

It's time to fly!

Share the great news with your vacation buddies to get ready to book the deal of a lifetime!