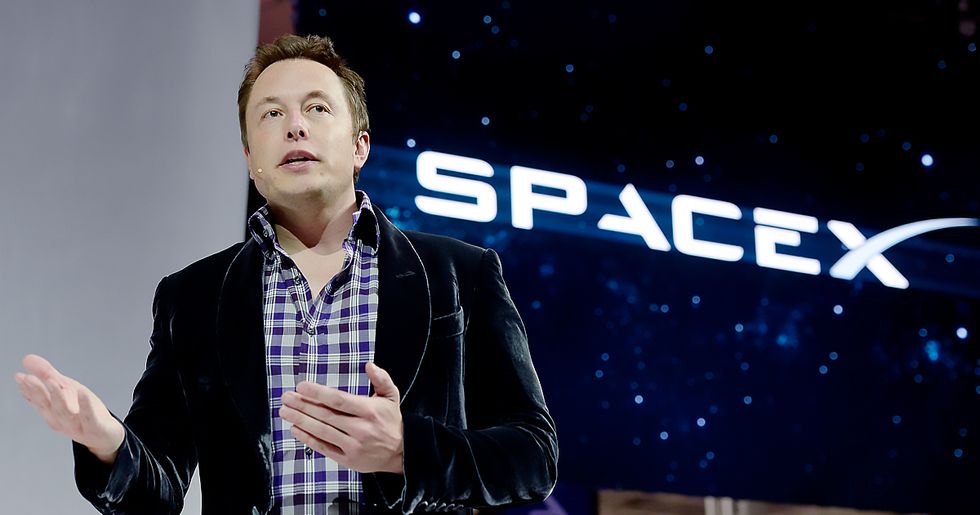 Travel is one of the greatest joys in life. What could be better than exploring a new place? You get to learn about an entirely new culture, perhaps try out a new language, and taste so much delicious food. It's pretty obvious why so many people advise traveling to new and exciting locales.

But you know what's not so great about travel? Well...the part where you actually have to do the traveling. Spending ten hours on a plane? No thank you. Layovers and delays? Ick. So unsurprisingly, people have been clamoring for better, faster ways to get where they want to go (no matter how amazing our current technology is).

Enter our boy Elon Musk. If anyone has a vision for faster travel, it's this guy. And his claims about what his SpaceX rocket Starship will be able to do in the next ten years go beyond impressive. They seem almost unbelievable. But you'll have to decide for yourself how much you believe.

There's no two ways around it.

Between the weird people you meet...

and the lack of personal space?

Plus the inevitable awkwardness of trying to get to the bathroom...

Any plane ride over an hour is not something that I'm super into.

But travel is great!

I'm willing to suffer some hours on a plane in order to sunbathe on a beautiful beach.

But what if we didn't have to?

As per usual, he has big plans.

One of Musk's signature projects is SpaceX.

It's an aerospace manufacturer and space transportation company.

Their main goal isn't to make your trip to Australia easier.

They've got bigger goals than that.

In fact, their biggest initiative is space tourism.

But they're willing to make a few stops along the way.

But how will a space company make air travel on Earth faster?

What if I told you that instead of going around the globe, you could go into space and then to your destination?

Yeah, it takes a special genius to think of that one.

That's just what SpaceX proposes to do.

They say that any flights over 10 hours will be made significantly faster by going through space.

Well let's take one example: London to New York would be a mere 30 minutes.

And a trip around the whole globe?

So why is SpaceX looking closer to home?

It starts with a d and ends with an ollars.

Swiss firm UBS has been paying close attention to the value of rocket travel on earth.

This is just the first step in a larger space tourism industry.

"While space tourism is still at a nascent phase, we think that as technology becomes proven, and the cost falls due to technology and competition, space tourism will become more mainstream," said analysts from UBS.

He imagines that hotels would sign on to various space stations.

That all sounds pretty outlandish.

But the idea of making it from New York to Sydney in less than an hour is certainly appealing.

If you're big on travel this could be a complete game changer.

SpaceX says the tech would be ready by 2030.

Imagine zooming to London to catch a play...

And being back in New York for dinner.

The whole world is close enough to be a weekend getaway.

But the biggest question hasn't been answered.

How much would this kind of travel cost?

It can't be cheap to hop through outer space.

At least when the tech first becomes available it will probably be limited to those with the big bucks.

If Tesla is any indicator, this will be a luxury brand.

But we can still dream.

And if we wait long enough...

Maybe we'll get to experience these zippy rides.

But we want to hear from you.

Where would you go if it wouldn't take more than an hour?